The Sachs Scholarship is intended to broaden the global experience of its recipients by providing them with the opportunity to study, work or travel abroad after graduation. It was established by classmates and friends of Daniel Sachs, a distinguished Princeton student athlete, who attended Oxford as a Rhodes Scholar. Sachs died of cancer at age 28 in 1967. The award is given to those who best exemplify Sachs’ character, intelligence and commitment, and whose scholarship is most likely to benefit the public. 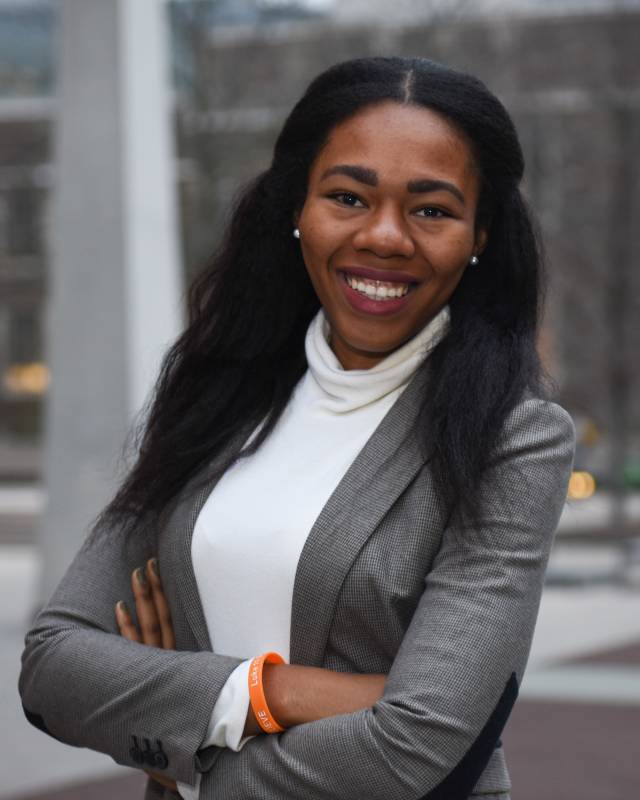 Johnson, of Brooklyn, New York, is a sociology major and a certificate candidate in African American studies and American studies. At Oxford, she plans to pursue two areas of study: an M.Sc. in Refugee and Forced Migration Studies and an M.Sc. in Evidence Based Social Intervention and Policy Evaluation.

She hopes to one day have a career in law and community advocacy. Her interest in this field has been shaped by public service internships. As a Princeton Scholar in the Nation’s Service (SINSI), she recently interned at the U.S. Department of Education’s Office of Civil Rights.

“I am really looking forward to studying international human rights law, and social policy in my master's programs,” Johnson said. “As someone interested in learning more about legal systems, my studies will narrow which areas of law I might focus on for effective legal advocacy on behalf of vulnerable communities in the U.S. and abroad. Besides providing me with the opportunity to study at Oxford, the Sachs Scholarship will enable me to learn from a community of leaders about how to be an ethical agent for social change.”

In the summer of 2017, she participated in an international internship at the European Roma Rights Center in Budapest, Hungary, where she conducted research about Romani school segregation. She spent the summer of 2016 interning at the Harlem Community Justice Center, where she assisted in planning and facilitating community events for incoming parole court clients and their families.

“Perhaps the best way to describe Tylor-Maria is as a young woman of superior intelligence and sensibility with a clear sense of her life objectives,” Professor of Sociology Patricia Fernández-Kelly said. “Her record in public service is impressive. A Sachs fellowship would enable Tylor-Maria to develop her interest in civil rights and social justice. She is especially interested in learning more from practitioners about how well-informed and thoughtful measures can positively affect low-income communities and communities of color.”

On campus, Johnson is president of the Black Student Union and Princeton University Gospel Ensemble. She is a residential college adviser in Whitman College and has participated in Students for Prison Education and Reform.

The summer before her first year at Princeton, she attended the Freshman Scholars Institute and is now a member of the Scholars Institute Fellows Program (SIFP), which supports first-generation and low-income students. She also is a member of Prep for Prep, a program whose objective is to facilitate the placement of talented low-income students in selective colleges.

“I meet many deserving students on a daily basis. Tylor-Maria occupies a very special position in my mind because I have personally witnessed her profound commitment to justice. She is very smart but, perhaps more important is her ethical sense, her integrity, her discipline and her determination,” Fernández-Kelly said. 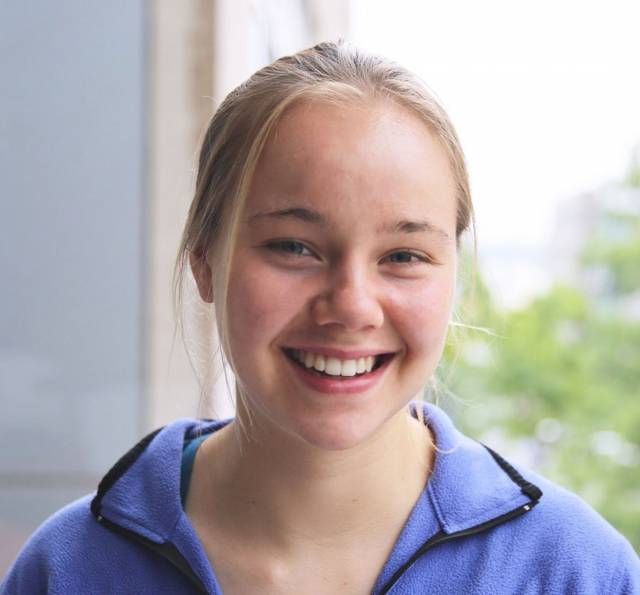 Geyman, of Seattle, is a senior majoring in geosciences. She will use her Sachs Global Scholarship to pursue a year-long study in glaciology and permafrost research in Arctic Norway to better understand the role of ice in climate change. She plans to pursue an academic career in Earth science with a commitment to improve communication to the public concerning climate conditions.

“I hope to pursue a career in science so I can spend the rest of my life asking my own questions and testing hypotheses to better understand the natural world,” Geyman said. “Although I know I want to pursue a Ph.D. in Earth science, I’m yearning for an opportunity to travel abroad, immerse myself in Arctic Norwegian culture, and work on a scientific research project to answer new questions about climate feedbacks on Earth.”

Geyman will spend next year working at the Norwegian Polar Institute and taking arctic geology courses at the University Center in Svalbard. The project will give her a chance to explore Arctic Norway by foot, ski, boat, helicopter and snowmobile.

“Emily quite simply is the top student I have encountered in 11 years of teaching/advising at Princeton University,” said Associate Professor of Geosciences Adam Maloof, who has taught her in class and advised her independent research. “Emily is such a relentlessly positive person and hard worker that she can be amazing at anything she tries, while also remaining fun and down-to-earth. Emily truly is a unique individual and a generational talent with limitless potential.”

Geyman is a recipient of the Shapiro Prize for Academic Excellence and the Benjamin F. Howell Class of 1913 Junior Prize. She has assisted with three undergraduate geoscience courses that included research field trips to Utah, France, Spain and Western Australia. She also has conducted eight weeks of field work by small watercraft along the uninhabited shores of Andros Island in the Bahamas, and spent three weeks mapping by foot, snorkel and drone in western Australia.

“Unlike many ambitious students with great talent, Emily is remarkably humble and has a deep sense of empathy. Sometimes I wonder how Emily gets her own work done, because she spends so much time teaching her peers how to understand the myriad quantitative techniques she already has mastered,” Maloof said.

Geyman is a member of Butler College. She completed the Integrated Sciences Curriculum (ISC) her first year at Princeton and is now a tutor for ISC. Outside class, she is an Outdoor Action trip leader and an instructor at the Outdoor Action climbing wall on campus. She is an accomplished violist, a member of the Ultimate frisbee team and is training for her first ultra-marathon. 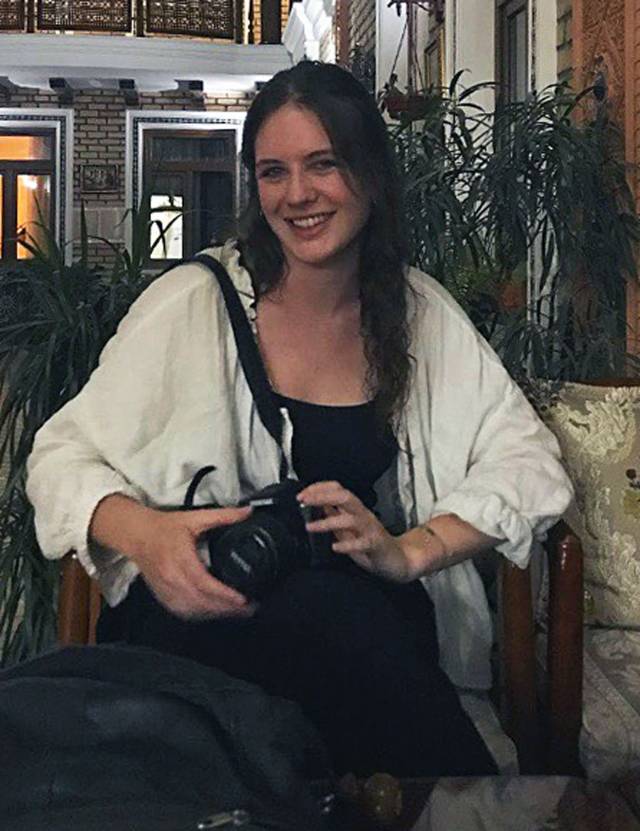 Daunt, of London, is in her final year at Worcester College, Oxford, where she is majoring in classics.

At Princeton, Daunt intends to study classics as a visiting student in the Graduate School, with a particular interest in the ancient world.

“I’m excited to begin studying at Princeton, especially the prospect of spending the coming year in the United States,” Daunt said. “I want to take a range of courses, pairing my interests in ancient literature and history with courses in anthropology and politics.”

Daunt has significant experience on archaeological digs in Turkey and Sicily, where she was involved in the discovery of a Temple of Apollo. A winner of a Krasis Scholarship, she has worked in the Ashmolean Museum at Oxford and hopes to pursue a career in the curation and direction of museums.

“As a student of the ancient world, Molly Daunt stands out for her sharp intelligence, originality and independent-mindedness, and also for her exceptional breadth,” said Scott Scullion, a senior tutor and fellow and tutor in classics at Worcester College, Oxford.

Scullion continued: “She is an outstanding student of material culture with extensive experience of archaeological excavation; her acquaintance with ancient history, including periods less familiar to most undergraduates, is impressive; and she is an acute and subtle reader and interpreter of literary texts. Such well-roundedness is rare and admirable, and bodes well for her success as a graduate student in classics.”

In her free time, Daunt has served in crisis centers in Nairobi, Kenya, and Durban, South Africa, and has trekked solo through parts of Africa and the Middle East. She also plays on the Oxford University Tennis Team and is captain of the Worcester Tennis Team.

Scullion said Daunt is an excellent fit for the Sachs Scholarship at Princeton.

“A concerned and active citizen of the world, she has done a great deal of volunteer work, especially in Africa, aiding children and women who are victims of abuse, and remains deeply committed to supporting and working with the programs she has been involved with,” he said.