The Sachs Scholarship is intended to broaden the global experience of its recipients by providing them with the opportunity to study, work or travel abroad after graduation. It was established by classmates and friends of Daniel Sachs, a distinguished Princeton student athlete, who attended Oxford as a Rhodes Scholar. Sachs died of cancer at age 28 in 1967. The award is given to those who best exemplify Sachs' character, intelligence and commitment, and whose scholarship is most likely to benefit the public. 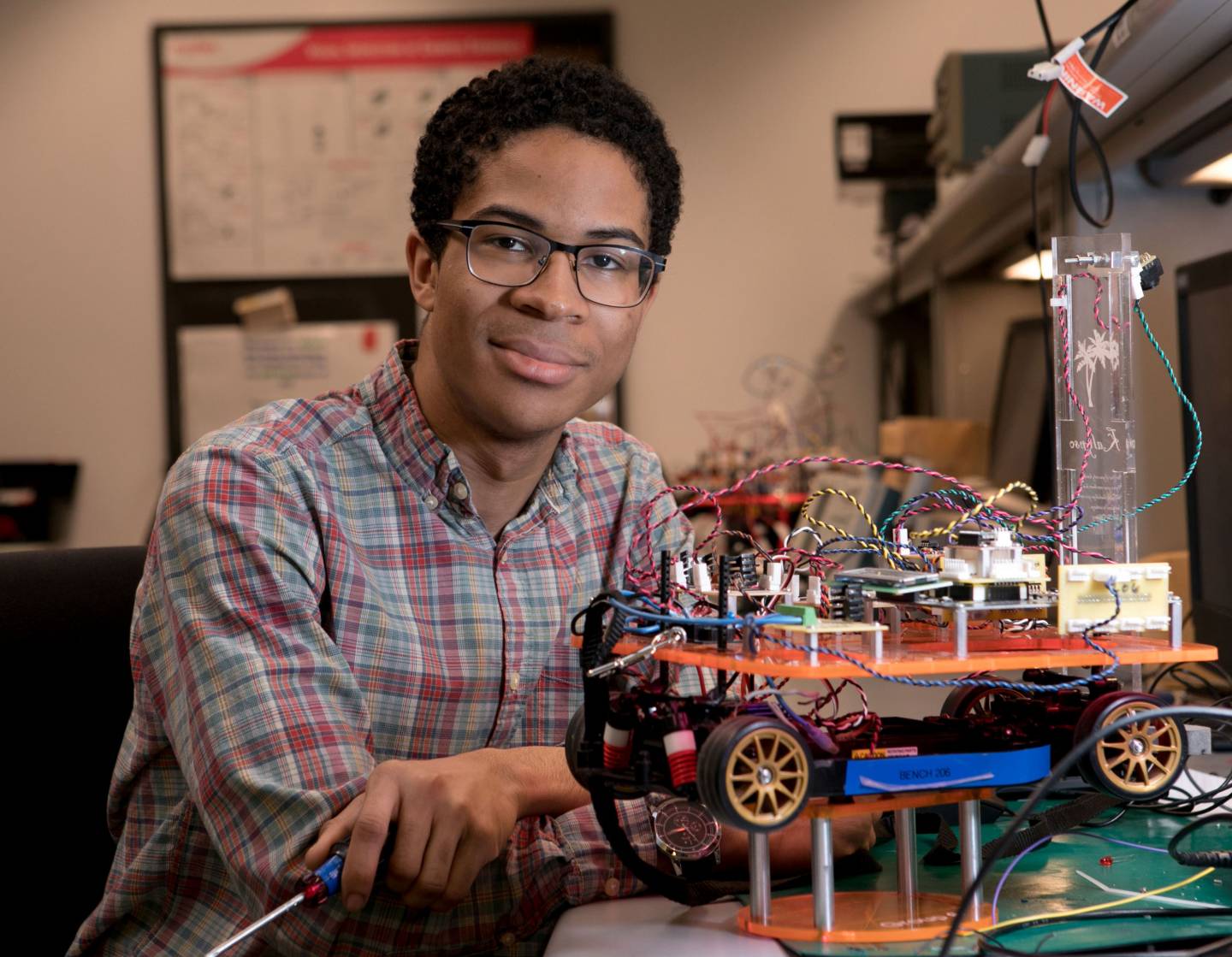 Hans Hanley, of Windermere, Florida, is an electrical engineering major pursuing certificates in applications of computing and in robotics and intelligent systems. His interests are in cybersecurity and personal privacy in the digital age. Hanley is a member of Whitman College and is writing his senior thesis on the network-layer security of Tor, the anonymous network browser.

"Cybersecurity …is an international issue and people across the world need to be educated about it," Hanley wrote in his personal statement. "As I approach the end of my undergraduate degree, I am excited to pursue a career as a professor and to research and teach information security. My experiences have driven me to a career protecting individuals' privacy and providing for the common good."

A member of Phi Beta Kappa and the Tau Beta Pi Engineering Honor Society, Hanley was awarded the George B. Wood Legacy Sophomore Prize in 2016 and twice won the Shapiro Prize for Academic Excellence. He is president of the University chapter of the National Society of Black Engineers. Hanley has volunteered at Princeton and beyond, serving as a peer tutor at the McGraw Center for Teaching and Learning and mentoring high school students through the Pace Center for Civic Engagement's College Counseling Program. He was an intern at Google in New York and California, and currently works as a teaching assistant for Professor Sharad Malik’s "Contemporary Logic Design" class.

"Students like Hans are the hidden payoff in academic careers, and it is indeed an honor to be part of their education," said Malik, the George Van Ness Lothrop Professor in Engineering and chair of the Department of Electrical Engineering. "In Hans' case, I see this come a full circle in the future, with him following an academic career. I have little doubt that his intellectual strengths, combined with his teaching intuition, will lead him to academia at the highest level." 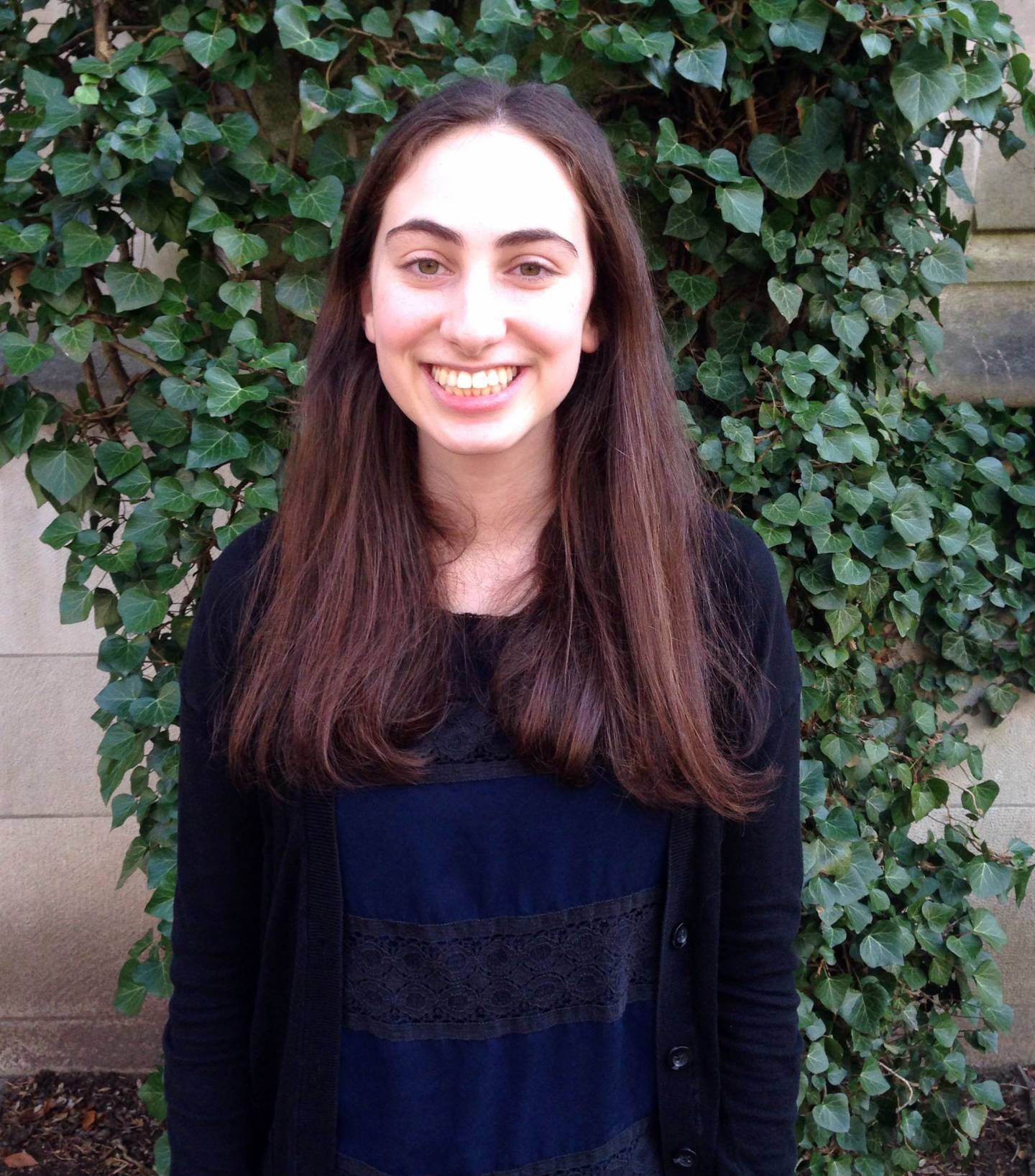 Jennifer Silver, of Cherry Hill, New Jersey, is a religion major specializing in the study of Southeast Asia, with an emphasis on the treatment and perspectives of migrant women. She will use the Sachs Global Scholarship to pursue a master's degree in the Department of Southeast Asian Studies at the National University of Singapore. After the program, she plans to earn a Ph.D. in anthropology and to continue engaging policymakers on the significance of religion in structuring patterns of migration in Southeast Asia.

Silver's senior thesis examines how religious identity affects workforce issues in Southeast Asia. Her research focuses on migration from Indonesia to Malaysia, and how religious rhetoric is used by organizations to regulate the migration process for Indonesian female domestic workers.

"I see my future career in anthropology as necessarily linked to the public interest," she wrote in her personal statement. "Through an ethnographic approach, I hope to directly contribute to a deeper understanding among policymakers about how religious identity is critically entwined in development and migration, adding a frequently overlooked perspective to facilitate more nuanced policy decisions."

Silver's interest in Southeast Asia was sparked by a Kennedy-Lugar Youth Exchange and Study Abroad scholarship, which she received in 2013 from the U.S. Department of State. It allowed her to study in rural Malaysia, where she lived with a Malay-speaking family and attended a secondary school for one year. In summer 2015, with funding from Princeton's International Internship Program, she interned at Aidha, a Singaporean nonprofit providing business education to female migrant domestic workers.

Since 2014, Silver has held three, year-long internships through the U.S. Department of State’s Virtual Student Foreign Service Program. Interning for the U.S. Embassy Jakarta and USAID-Indonesia, she helped bring together community leaders to develop workforce training for low-income Indonesians as part of the Inclusive Workforce Development Project.

Silver was awarded two Critical Language Scholarships by the U.S. Department of State to study Indonesian intensively in Malang, East Java, during the summers of 2016 and 2017.

At Princeton, she is a member of Wilson College, an undergraduate research fellow at the Center for the Study of Religion, and a member of the Princeton Institute for International and Regional Studies (PIIRS) Migration Research Community. She also is a project manager with Princeton Business Volunteers and a member of the Religious Life Council.

"Jenny Silver has a sparkling intellect," said Shaun Marmon, associate professor of religion. "She exemplifies Princeton's best traditions of academic excellence and of service. Jenny's work on the intersection of gender, religion and labor policies in Southeast Asia provides a new and important framework for understanding why workers, especially women, choose to migrate and how they are represented in their host countries and in the receiving countries." 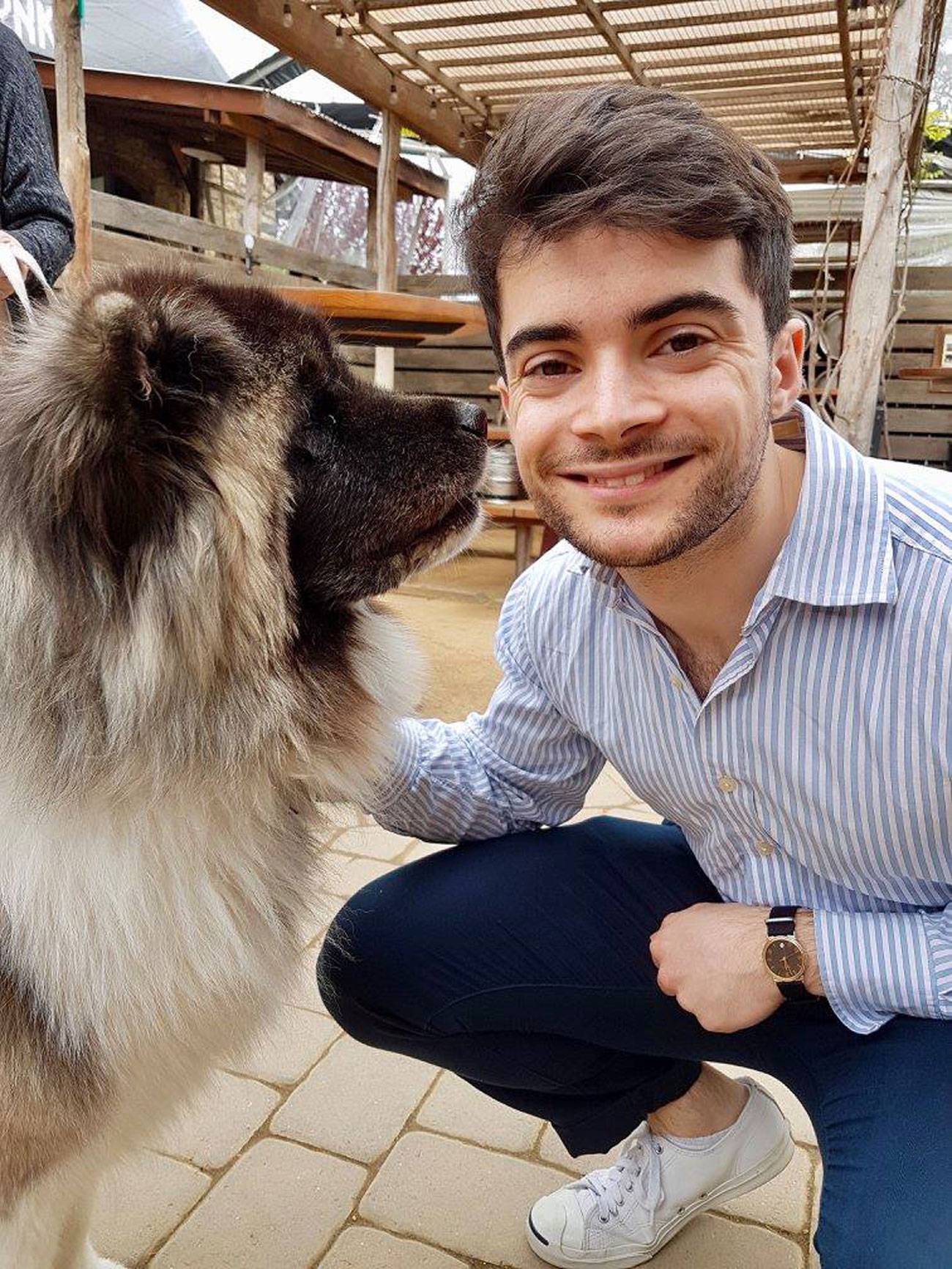 Samuel Barnett, of Essex, England, who is expected to complete a master's in mathematics and philosophy at Worcester College in 2018, will attend Princeton as a visiting student in computer science. His interest is primarily in the field of artificial intelligence (AI), with a particular concern for its safe and ethical development. At Princeton, he will pursue a multidisciplinary project involving courses in economics and neuroscience that pertain to his research and that will help him influence AI decision-making.

In his personal statement, he wrote: "The question of how best to serve the public good seems to me to be incredibly challenging: those fighting the greatest existential crises of our time, such as nuclear risk and climate change, face the uphill battle of persuading a wider audience that the problem faced is truly grave. The risks posed by highly intelligent systems is no different in this regard. Yet AI stands alone in its ability to herald a new age of abundance in human history if we are able to resolve the issue of its compatibility with humans."

The recipient of a first-class degree in the bachelor's component of his program at Oxford, Barnett has received numerous awards from faculty for achieving the highest marks in his class. During this time, he also earned achievements in varsity gymnastics. As president of Giving What We Can: Oxford, a chapter of the effective altruism movement, Barnett said he is eager to spend time in Princeton, where the movement originated with Peter Singer, the Ira W. DeCamp Professor of Bioethics in the University Center for Human Values.

In his recommendation for the Sachs Scholarship, Steven Methven, David Mitchell Fellow and Tutor in Philosophy at Worcester College, cited Barnett's scholarly gifts, as well as his "strong and proven commitment to serving the public good."

"It is very clear that Sam's academic pursuits now intersect with that commitment, and are primarily aimed at placing humankind and its well-being at the center of the rapidly advancing field of AI," Methven said. "Nothing could be more important at this juncture of our history than applying careful, humanistic thought to the ways in which AI advances, since developments in this field will, soon, come to affect every person on this planet."