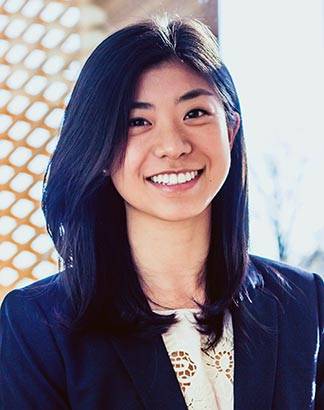 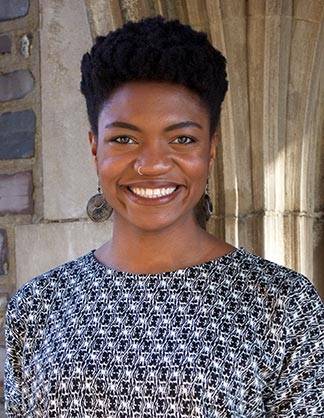 Two Princeton seniors with respective accomplishments in engineering and the arts have been named recipients of the Daniel M. Sachs Class of 1960 Graduating Scholarship, one of the highest awards given to undergraduates at the University.

Sarah Cen, a mechanical and aerospace engineering major, will pursue a master's in engineering science as a Sachs Scholar at Worcester College, the University of Oxford.

Classmates and friends established the scholarship in memory of Daniel Sachs, who starred in football and lacrosse at Princeton before attending Oxford as a Rhodes Scholar. He died of cancer at age 28 in 1967. The award is given to seniors who best exemplify Sachs' character, intelligence and commitment, and whose scholarship is most likely to benefit the public.

Cen, of Princeton, New Jersey, is also pursuing certificates in applications of computing and robotics and intelligent systems. She plans to focus her master's degree research on mobile robotics and autonomous transportation systems while working with Paul Newman, the BP Professor of Information Engineering at the University of Oxford. Cen is particularly interested in designing and implementing intelligent systems for semi-autonomous transportation units.

"Though a student of engineering, I care deeply for sociological issues and am committed to pursuing research that has clear and tangible applications," Cen said. "The Sachs Scholarship will provide me with the invaluable opportunity to work with one of the leading laboratories in mobile robotics under a professor who is dedicated to creating technology motivated by global issues."

"I aim to perform research in mobile robotics because the integration of robotics and transportation offers the opportunity for large-scale, high-impact changes," Cen said. "Technological advances in transportation can reduce carbon emissions, minimize accidents and offer economic opportunities to low-income families."

"Sarah is deeply inspired by the potential for robotics in the service of society," Leonard said. "I have been impressed again and again with her focus, determination and patience in learning what sometimes amounts to entirely new material as she embarks on a new project. I have been equally impressed with her poise and skill in communicating her ideas — I routinely forget that she is still an undergraduate and not someone further along in her career."

For Cen's senior thesis, she is collaborating with Leonard and postdoctoral research associate Vaibhav Srivastava on a project studying optimal leader selection in dynamic communication networks. She also has conducted engineering and robotic research in Leonard's lab, as well as during internships at the University of Pennsylvania and the Massachusetts Institute of Technology Lincoln Laboratory.

Cen is a member of the Tau Beta Pi honor society for engineers and received a Palantir Scholarship for Women in Engineering. She also is a recipient of Princeton's Shapiro Prize for Academic Excellence.

She was captain and president of the club tennis team, and led a Princeton Robotics Club team in designing an underwater robotic vehicle. Cen was a web editor and news reporter for The Daily Princetonian student newspaper.

After completing the master's program, Cen hopes to pursue a doctoral degree connected to her research on robotic and intelligent systems.

Ude, of Stone Mountain, Georgia, is also pursuing certificates in theater and dance at Princeton. While in Australia, she will study how Indigenous physical performance — a genre that integrates storytelling, music and dance — connects artists and audiences with Indigenous history, land and culture. She intends to translate her experience as a Sachs Global Scholar to the American stage and hopes her work will contribute to discussions about contemporary race relations.

"Ultimately, my goal is to advance theater's role in challenging sociopolitical oppression," Ude said. "I hope to exemplify Daniel Sachs' commitment to enhancing public welfare by expanding the American theater tradition into a space for interdisciplinary creation, artistic transformations of academic research, and shaping better futures for marginalized communities in the face of sociopolitical oppression."

Ude said her interest in Indigenous Australian performance was sparked by her independent research on the black experience on and off stage. She noted how both black Americans and Indigenous Australians in the 1960s and 1970s used theater to express their political struggles.

"The Sachs Scholarship is an opportunity for me to study and create theater that challenges racial inequality through the cross-cultural exchange of African American and Indigenous Australian performance tradition," Ude said. "By studying Indigenous performance practices and advancing my academic research in black performance theory, I hope to create theater with and for marginalized communities, representing those often left out of the Anglo-dominant narratives of the theater and dance world."

Kinohi Nishikawa, assistant professor of English and African American studies, said Ude's project in Australia is framed with the "kind of verve and experimentation" he has come to expect from her work.

"It thus has the potential to be a model of transnational inquiry into the performance of race and indigeneity," Nishikawa said. "I would add that by drawing on her knowledge and practice of dance, Ogemdi necessarily expands our sense of what form that inquiry might take. She theorizes the performance of identity not simply at the level of discourse but in the very physics of embodied movement."

At Princeton, Ude has directed, choreographed and acted in productions for the Lewis Center for the Arts' programs in dance and theater, as well as the student-led groups Theatre Intime and Princeton University Players. She also is a student intern supervisor with the University's Office of Religious Life.

Outside of campus, Ude has interned at The Public Theater in New York City and with the comedy troupe Baby Wants Candy at the Edinburgh Festival Fringe in Scotland.