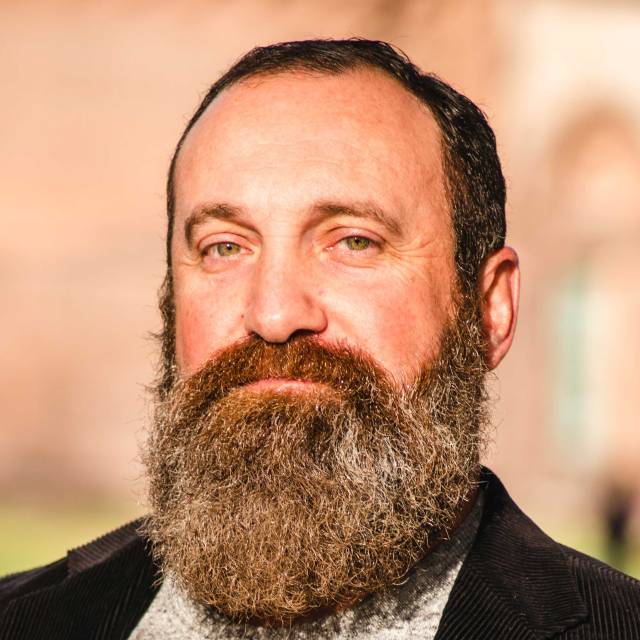 Cason, Class of 2023, is the first decorated military veteran and the first Princeton transfer student to receive the Sachs award. Before attending Princeton, he served for 15 years in Special Operations in the U.S. Marine Corps. Cason was deployed in Iraq and Afghanistan and received numerous commendations, including the Purple Heart.

Cason transferred to Princeton after earning an associate’s degree from Coastal Carolina Community College. He is majoring in history, with a particular focus on how the medieval history of Byzantium and the Middle East reverberates through modern social and political climates.

At Oxford, he plans to pursue master’s degree in Late Antique and Byzantine Studies. Ultimately, Cason hopes to complete a Ph.D. and become a professor who can also serve as a mentor for veterans and non-traditional students.

“It means a tremendous amount to be recognized and to receive such an amazing opportunity,” Cason said of the Sachs Scholarship. “There is tremendous value in having and supporting veterans in higher education. I am humbled that I can be the first to receive this prestigious award and I hope this leads to many more opportunities for the veterans that follow me.”

Cason served in a number of leadership roles throughout his time in the Marines and was recognized for his professionalism and valor on many occasions. He said it was his military experiences abroad that sparked his interest in studying history and becoming an academic leader.

“I started to create the lens that I would see the world and how I could interpret the past,” he wrote in his application essay. “But more importantly, I began to truly understand the importance of education. I realized how important understanding the past is for understanding the present and the future. I learned you cannot fully engage with the present and solve its problems without placing it in the correct historical context.”

“Since embarking on my own academic journey, I have become heavily involved in improving representation of veterans and non-traditional students in higher education, especially elite academic institutions,” he said. Cason is a mentor and tutor with Service to School and the Warrior Scholar Project, as well as director of advocacy and board member for Princeton’s undergraduate veteran organization.

“With his social intelligence, empathy, enthusiasm and not least his wonderful sense of humor he always manages to bring his skills and qualities in conversation with the interests and skills of the people he is working with, be it his classmates, his teachers or other partners in the projects he is involved,” Reimitz said in his letter of recommendation. “In short: Shaun is a brilliant upcoming academic, who has already proven his academic excellence, intellectual originality and his leadership in many different contexts.” 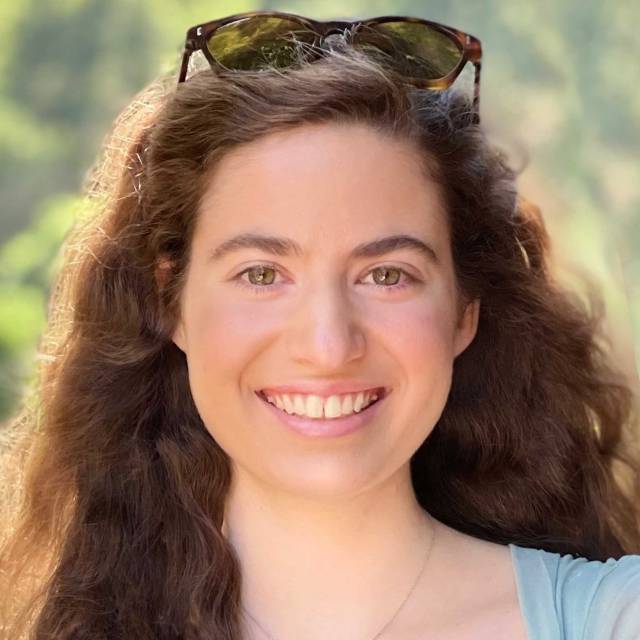 Allport, Class of 2023, is an independent concentrator in interdisciplinary theater and performance studies. She also is pursuing certificates in theater, journalism and humanistic studies.

Allport will use her Sachs Global Scholarship to pursue a master of fine arts degree, with a focus on using Shakespeare’s dramatic literature as an interdisciplinary teaching tool in K-12 education.

Her aspiration is to make theater more accessible to all audiences. She ultimately hopes to pursue a career as a theater director.

“What moves me about Daniel Sachs’ story is how thoughtfully he chose his pursuits, and how intentional he was about making a positive impact,” Allport said. “It is a privilege to honor his legacy and have this opportunity to pursue my own goal of making a positive impact: blending arts education with technology to make Shakespeare education accessible — and relatable — for K-12 students.”

She added: “I’m an advocate for parity and equity in the arts, and believe that students of all identities and experiences deserve to see themselves reflected in contemporary productions of classical plays. Using multimedia technology to augment arts education and performance can empower students to access, understand, reinterpret, design and stage Shakespeare’s plays through their own unique lenses.”

At Princeton, Allport has directed a number of plays for Theatre Intime and the Lewis Center for the Arts. She is founder and artistic director of the Intercollegiate Shakespeare Company, a virtual theater organization composed of students from 12 U.S. colleges and universities. Her senior thesis focuses on creating a multimedia educational resource for high school students who are learning, acting and directing Shakespeare plays for the first time.

Allport is also co-president of The Playwrights’ Guild, a student organization at Princeton dedicated to producing original student work, and volunteers as a youth theater coach for high school students in Trenton.

Tony-Award winning Broadway director John Doyle, a visiting lecturer with the rank of professor in theater, called Allport “one of the most dedicated students I have had the pleasure of working with at Princeton.”

Off campus, Allport’s experience includes having served as contributing editor and social media manager for CampBroadway.com, and currently working in literary management and directing Off-Broadway in New York City. At her high school in California, she co-founded and served as president of a community service acting organization performing short skits for children and seniors in hospitals, homeless shelters and under-resourced schools.

Outside of the theater, Allport is co-president of the student-run Princeton University Press Club, and she developed a multimedia interview series with alumni artists for the Princeton Alumni Weekly. She is a member of the student equestrian team, Behrman Undergraduate Society of Fellows, and Student Friends of the Princeton University Library. She has also received a number of academic and research awards from the Lewis Center for the Arts, Department of Classics and Council of the Humanities. 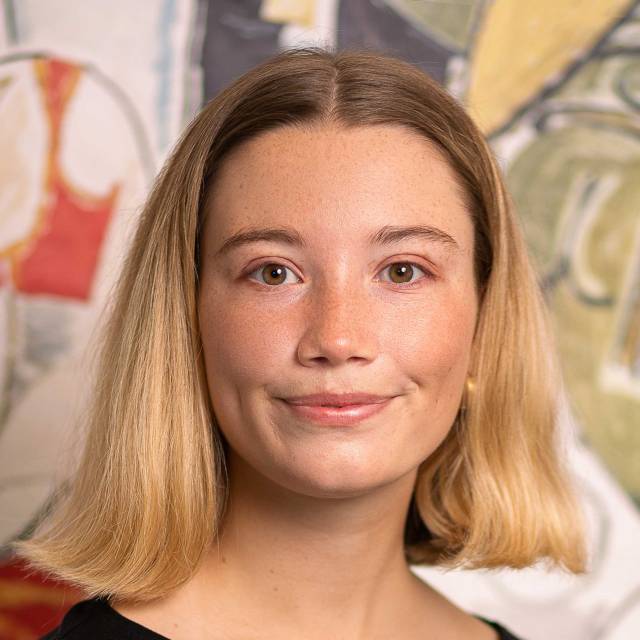 Stuart, currently pursuing a doctoral degree in English at Worcester College, Oxford, plans to spend next year as a visiting student in Princeton’s Department of English. She hopes to pursue research in the environmental humanities and continue her work on poetry recording analysis utilizing the Department of Computer Science’s Sound Lab.

Stuart earned her undergraduate degree from Balliol College, Oxford, and a master’s from Jesus College, Cambridge.

She said studying at Princeton for a year will offer the opportunity to join her academic studies in literature with her long-term commitment to communicating about environmental crises.

“I was thrilled when I found out that I’d been awarded a Sachs Scholarship,” Stuart said. “It’s come at the perfect time in my studies, giving me the freedom and support to follow my research in so many different directions and across all kinds of disciplinary borders.”

Stuart’s research looks at the way language and narratives can shape every part of life. “I am so looking forward to developing my knowledge of these fields in an entirely new, dynamic research environment, and especially to spending the year getting to know another country,” she said.

“Izzy is simply one of the most capable students I taught at Oxford,” said Oliver Clarkson, who knew Stuart as an undergraduate in his previous role as Departmental Lecturer in the Faculty of English at Oxford. “Izzy really was and remains an exquisite student and scholar: she possesses a probing, sensitive, ambitious, and nuanced mind; she is severely hardworking; and she writes stylishly, commandingly, and to a publishable standard.”

In addition to her academic studies, Stuart worked as a communications specialist for the FAIRR Initiative, an environmental, social and governance investor network. She also serves as the Worcester College environmental officer.

“I spent my working life translating between the languages of economic and climate risk for a range of audiences,” she said in her application essay. “This experience both reiterated to me the urgency of the climate catastrophe and specifically sharpened my interest in the ways that language can both communicate and shape the climate crisis.”

In addition she serves as co-editor in chief of the Oxonian Review, an Oxford-based newspaper that she helped to relaunch last year, as well as assistant editor of the Cambridge Humanities Review.

Stuart’s academic awards include the Clarendon Scholarship, Gibbs Prize and Goldsmith Scholarship while at Oxford, as well as the T. S. Eliot Society’s Annual Award for best seminar paper presented at the society’s annual meeting.