Princeton seniors Nathnael Mengistie and Sydney Hughes, and University of Oxford student Elise Doumergue, have been named recipients of the Daniel M. Sachs Class of 1960 Graduating Scholarship, one of Princeton University’s highest awards. 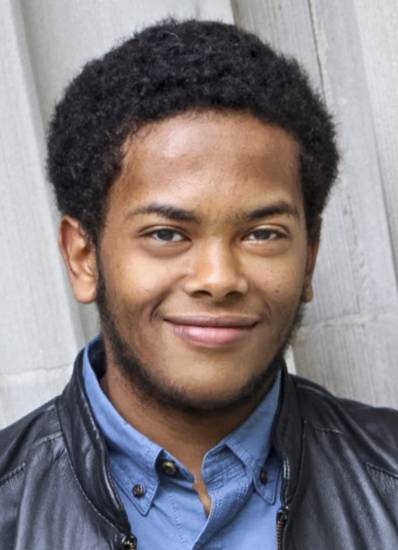 Mengistie, of Frederick, Maryland, is concentrating in the School of Public and International Affairs (SPIA) and pursuing certificates in French and global health and health policy.

He plans to use his Sachs Scholarship to pursue separate master’s degrees, one in international health and tropical medicine and one in evidence-based social intervention and policy evaluation. His research will explore health financing reforms designed to expand the health care workforce and pharmaceutical manufacturing capabilities of African countries. After his time at Oxford, Mengistie plans to attend medical school.

“My ultimate goal is to become a physician and health policy expert conducting research on how to build equitable health systems that can reduce health disparities both within and between countries,” he said. “I believe that being a Sachs Scholar will bring me one step closer to achieving this dream.”

Mengistie was born in Ethiopia and said his early childhood experiences influenced his interests in medicine and health policy.

“Growing up in Ethiopia, a country with one of the lowest physician densities in the world at less than 4 physicians per 1,000 people, I witnessed first-hand the unfortunate consequences of a lack of doctors,” he wrote in his application essay. “From long wait times in hospitals to patients experiencing poor health outcomes as a result of medical errors, the problems I saw in Ethiopia instilled in me a desire to improve health care access and delivery across the globe.”

He said that moving to the United States further heightened his interest in health policy because he realized that health inequities exist everywhere. This has led him to conduct research on a wide range of domestic policy issues including ways of improving federal and state fiscal policies to support America’s health care safety net as part of his junior independent work. His senior thesis focuses on the changes in telehealth reimbursement and regulation policies made during the COVID-19 pandemic and their impact on the use of telehealth services among medically underserved populations.

“Over time, I have come to realize that all policy is health policy because achieving equal access to health care for everyone requires structural reforms across different sectors,” he said.

Mengistie continued: “While having a large-scale view of health care is important, I also remind myself that health is as much about individuals as it is about populations. Since I aspire to become a physician, understanding patients’ experiences and empathizing with them is crucial, which is why I developed a strong interest in the medical humanities. Reading the works of authors such as Anton Chekov and Paul Kalanithi has challenged me to reflect on what it means to be sick and instilled in me the idea that health is a human right and not a privilege. This, in turn, has helped me reaffirm my commitment to fight for health equity.”

Heather Howard, professor of the practice and co-director of Princeton’s Center for Health and Wellbeing’s Global Health Program, said Mengistie is an exceptional and uniquely well-rounded student. Howard serves as Mengistie’s senior thesis adviser and taught his junior policy task force on improving health care for vulnerable populations and addressing health inequities magnified by the COVID-19 pandemic. Mengistie presented his policy findings on health disparities to the New Jersey Department of Health.

“I’m struck by what a special person Nathnael is — while maintaining a remarkably rigorous (and diverse) academic schedule (juggling a policy major and two certificates with pre-med classes), he has also carved out a role of deep engagement on campus and in the broader community, and is committed to a career advancing health equity,” Howard said. “And somehow he does all this with the sunniest disposition I have ever encountered in a high-achieving Princeton student.”

At Princeton, Mengistie is a residential college adviser in Whitman College, a learning strategies consultant at the McGraw Center for Teaching and Learning, a member of the Behrman Undergraduate Society of Fellows, and a fellow at the James Madison Program in American Ideals and Institutions. His other experiences include being a student representative for the Global Health Program and serving as a senior commissioner for the junior policy task force on “Equity, Diversity, and Inclusion in Global Health” led by Thomas O’Connell, a lecturer in the School of Public and International Affairs.

Mengistie is the recipient of the Gates Scholarship and Fortis Fellowship. He has also participated in summer internships at Princeton’s Keller Center, the University of Virginia School of Medicine, as well as the Undergraduate Plummer Scholars Program at the Mayo Clinic Alix School of Medicine. 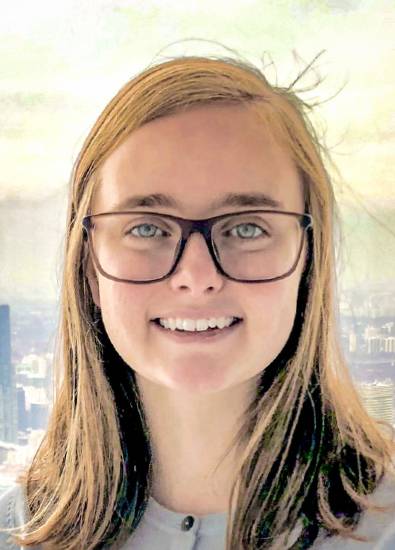 Hughes, from Mahopac, New York, has committed herself to addressing the climate crisis in ways both large and small. At Princeton, she is concentrating in chemical and biological engineering and pursuing certificates in sustainable energy and German.

She plans to use her Sachs Global Scholarship to spend two years at the Technical University of Munich, Germany, working with one of the world’s leading hydrogen fuel cell research teams. She hopes to help tackle the challenges of developing cheaper, more sustainable catalysts for use in fuel cells and in the electrolysis process that produces hydrogen fuel.

“Climate change is a global crisis, and my goal with both my career and with a Sachs Global Scholarship is to contribute to its solution,” Hughes said in her application essay. “Climate change causes wildfires, droughts, sea level rise, and species extinction, which jeopardize human health, water and food resources, and the future of our ecosystems. “To mitigate climate change, we will need to expand and improve current sustainable energy sources to accelerate the transition away from fossil fuels.”

Richard Register, the Eugene Higgins Professor of Chemical and Biological Engineering, said Hughes is an “exceptional candidate” for the Sachs Global Fellowship.

“Sydney has a strong dedication to the public interest through the development of a carbon-free energy infrastructure,” he said. “Though the overarching goal of an extended-lifetime catalyst for hydrogen fuel cells is a challenging one — and will certainly not be solved by one person in one year — Sydney is well poised to advance this project during her time at TUM. She will be able to leverage world-leading expertise and facilities there — but more importantly, Sydney brings her own perspective, background and skills to the project.”

While in Munich, Hughes also plans to immerse herself in German language and culture through nature conservancy work and community gardening.

“My devotion to [conservancy work] comes from of a desire to work towards improving our environment from both in the lab and in landscapes themselves. These are intertwined, and a solution in one, like innovations in hydrogen, cannot mitigate climate change without the other,” she said.

After her Sachs project in Germany, Hughes said she plans to bring back to the U.S. her knowledge of how fuel cells can be improved to make them a viable means of powering transportation.

“My experience in the Germany, where fuel cells are being innovated and play a large role in climate policy, will give me an understanding of a potential fuel cell future that I will keep with me through my career and share with others along the way,” she said.

Hughes has already completed a number of internships related to chemical engineering, including for American Energy Technologies Company, the Technical University of Darmstadt in Germany and the Genesis Project. She also was a laboratory intern for the Complex Fluids Group led by Howard Stone, the Donald R. Dixon '69 and Elizabeth W. Dixon Professor in Mechanical and Aerospace Engineering.

On campus, she is director of campus events for the student organization Princeton Energy Association and organized the Princeton Energy Case Competition for high school students to present ideas on sustainable solutions to energy problems in New Jersey. She is president of the Princeton University Gymnastics Club, a peer academic adviser in Rockefeller College and a member of the Princeton Conservation Society. 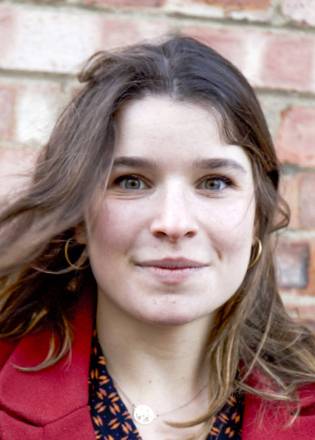 Doumergue, of Paris, believes that international diplomacy can help address the climate crisis. She is currently completing a master’s degree in international relations at Oxford University, with a special interest in Arctic diplomacy, hydro-politics and cross-border resource management.

She plans to use her Sachs Scholarship to spend a year as a visiting student at Princeton’s School of Public and International Affairs (SPIA).

“My master’s degree has sharpened my critical thinking and fostered my sensitivity to complex issues related to postcolonialism and global justice,” she said in her application essay. “The Sachs Scholarship will be a vital catalyst for my academic and professional development. It will allow me to gain vocational training at SPIA that would perfectly complement the research background that the Department of Politics and International Relations at Oxford provided me.”

Doumergue said her ultimate goal is to become a diplomat. After her Sachs Scholarship, she plans to take the entrance exams for the French Ministry of Foreign Affairs and the European External Action Service.

“Spending a year at Princeton would be a unique occasion to join and learn from a community seeking to serve the public good,” she said. “At SPIA, courses such as ‘The Conduct of International Diplomacy,’ ‘Making Government Work in Hard Places’ and ‘Negotiation, Persuasion and Social Influence: Theory and Practice’ would be amazing opportunities to learn the practical dimensions of my field of interest. I also look forward to being a part of the academic environment offered at Princeton, including SPIA’s interdisciplinary centers such as the Center for Policy Research on Energy and the Environment.”

Doumergue earned her undergraduate degree in political humanities from Sciences Po in Paris and spent a study-abroad year at George Washington University in Washington D.C. Her undergraduate thesis was on the importance of water in the Israeli-Palestinian conflict.

“Elise is a kind, respectful and engaging individual, who owns her opinions while respecting the perspectives of others,” said Heidi Hiebert, a professorial lecturer at the Elliott School of International Affairs at George Washington University. “Beyond her obvious brilliance and passion for academic studies, Elise is gifted with humor and strong interpersonal skills. I always enjoyed our discussions together, whether inside or outside of the classroom and, truly, she is a student whom I will always remember as an inspiration. She would greatly benefit by being awarded the Sachs Scholarship to continue her intellectual and personal journey at Princeton University.”

Doumergue’s research experience includes work at the French Institute for International and Strategic Affairs in Paris; The Issam Fares Institute for Public Policy and International Affairs in Beirut; and the Middle East Institute in Washington, D.C.  She also has worked for several think tanks and is the author of published papers on geo-engineering and freedom of expression in Lebanon.

At Oxford, she is a member of the Oxford Global Leadership Initiative, events officer for the Oxford Diplomatic Society and a member of the volleyball club team. She has served at the European Heritage Volunteers and the Sciences Po Refugee Help organization. She speaks French, English, German and Arabic.