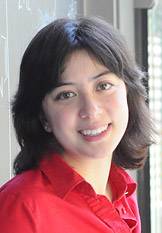 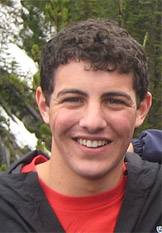 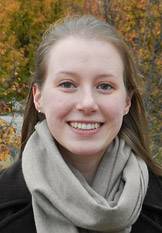 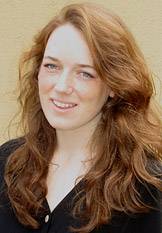 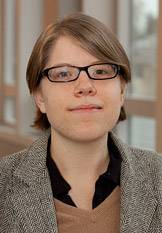 The Marshall Scholarship covers the cost of graduate study and living at a British university of the recipient's choice for two to three years.

Deirdre Moloney, director of fellowship advising for the University's Office of International Programs, noted the increase both in the number of women applying for Marshall Scholarships this year and the number of successful recipients. That process began last spring, she said, when the Steering Committee on Women's Undergraduate Leadership released a set of recommendations aimed at encouraging greater leadership roles for University women.

Faculty advisers were active in broadening the applicant pool, Moloney said, as were student leaders, who created "a positive climate" for female applicants. As an example, Moloney singled out Chang, who co-founded the University's Women in Science Colloquium and serves as its president.

As a Marshall Scholar, Chang plans to build on the experiences of conducting scientific research while at Princeton.

"I would like to spend my career working toward solutions to the global energy crisis," Chang wrote in her application.

Her research focuses on improving solar fuel production by studying natural processes and systems — such as photosynthesis — and applying lessons from their design to solar fuel devices. She has conducted studies at Princeton and, in the summer of 2010, at the University of Edinburgh, Scotland.

One of Chang's research projects involved a study of catalysts at Princeton in the laboratory of John Groves, the Hugh Stott Taylor Chair of Chemistry.

"She has outperformed," said Groves. Chang's discovery of a new method of decontaminating cyanide, he noted, was typical of her creativity in the laboratory.

"While cyanide decontamination was not a goal of the research she set out to do," Groves said, "it was a combination of Christina's highly organized approach to research and her incandescent curiosity that led her to notice unusual behavior of this catalytic system in the presence of cyanide."

On a national level, Chang was awarded a 2011 Barry M. Goldwater Scholarship and a 2009 Gladys A. Emerson Scholarship by the National Honor Society for Women in Chemistry.

Chang also has been recognized at Princeton. In 2011, she received the University's William Foster Memorial Prize in Chemistry. In 2009, she was awarded the Manfred Pyka Prize in Physics for excellence in physics coursework and the University's Shapiro Prize for Academic Excellence.

At Princeton, Chang founded the Women in Science Colloquium and co-founded the Princeton University Chemical Society. She pursued an interdisciplinary science education through Princeton's Integrated Science Curriculum, and also coordinated a mentorship program for its students.

In addition, Chang helped establish an after-school tutoring program for underserved children through the University's Community House outreach center and served as a volunteer Spanish-to-English interpreter for the University Medical Center at Princeton.

"Human rights concerns and security initiatives can and must coexist in modern democracy," Dorison wrote in his Marshall application. "I plan to pursue a career in the U.S. government. … In particular, I hope to approach counterterrorism and security challenges with policies that also uphold human rights."

His intellectual passion for these issues was sparked by a lecture he heard his sophomore year given by David Remes, a Washington, D.C., attorney who handles legal cases for detainees in the Guantánamo Bay detention center in Cuba.

Dorison volunteered to assist Remes as a paralegal, obtaining a government security clearance and traveling to the Guantánamo detention center in 2010. He went again the following year, funded by a Wilson School thesis grant, to interview detainees and perform research.

"Sam's is the only thesis I've ever advised where many of those involved in the policy problem itself were awaiting the results," said Kim Lane Scheppele, the Laurance S. Rockefeller Professor of Sociology and Public Affairs and the University Center for Human Values.

Dorison's other international experience includes time as a volunteer teacher for the nonprofit organization WorldTeach in Cape Town, South Africa, in 2008; a semester studying economics at Oxford in 2009; and trips abroad to Cambodia and Thailand conducting research for McKinsey & Co. in 2010. His work with WorldTeach in South Africa and with Remes in Washington, D.C., was supported by grants from Princeton's Pace Center for Civic Engagement.

A member of Phi Beta Kappa, Dorison received a Goldman Sachs Global Leaders Award, a Spirit of Princeton Award for significant contributions to the University community, and the Richard H. Ullman Prize for the top senior thesis on U.S. foreign policy.

Dorison also wrote sports columns for the student newspaper The Daily Princetonian, worked as a tutor for the McGraw Center for Teaching and Learning, and served as a guide selection officer for Orange Key, which offers student-led tours of campus.

Easton is committed to working in public health, building from her research and work experience in India, an interest that was fostered during her years at Princeton. Recently, she has focused on the public health challenges of disease resistance to antibiotics.

"My experiences in India have convinced me that the field of public health needs more people who can use science to rigorously evaluate a problem, and effectively communicate their results to policymakers," Easton wrote in her Marshall application.

Easton did research for her senior thesis in India on HIV control programs in the summer of 2008, and, after graduating from Princeton, she has coordinated the Indian branch of the Global Antibiotic Resistance Partnership at the Public Health Foundation of India.

"Antibiotic resistance is one of the greatest threats to public health in the world," said Simon Levin, the George M. Moffett Professor of Biology at Princeton. "It is clear that Alice has an outstanding career awaiting her addressing this and other public health issues."

Easton hopes that earning her Ph.D. in infectious disease epidemiology will enable her to "effectively design, evaluate and communicate the results of disease-control programs in some of the most challenging settings in the world — contributing to global efforts that will save millions from avoidable suffering."

A member of Phi Beta Kappa and Sigma Xi, Easton received the Adel Mahmoud Global Health Scholarship for undergraduate thesis research and the Sigma Xi Book Award for outstanding academic performance in Princeton's Department of Ecology and Evolutionary Biology. In addition, Easton traveled to eight countries while at Princeton for internships, coursework, research and debate.

She serves as Princeton Alumni Schools co-chair for India and received an S. Barksdale Penick Award for recruitment, representation of the University and other alumni activities in a local community. She has been a student and practitioner of classical Indian dance since childhood.

Edwards will use her Marshall Scholarship to continue her study of bioethics. In particular, she hopes to explore the legal and ethical issues surrounding assisted reproductive technology (ART) such as in vitro fertilization and pre-implantation genetic diagnosis.

Her previous research on ART produced a series of recommendations aimed at correcting what she called "perverse incentives" in the fertility industry, which can sometimes favor profitable choices or procedures over ones medically safer or with higher likelihoods of success. She plans to continue exploring the issue in England.

"At the heart of this research," wrote Edwards in her Marshall application, "is an understanding of the tension between autonomy and preventing harm, a commitment to the delicate balance of respecting both the anguish that infertile couples may feel and the seriousness of the risks imposed by cutting-edge ART solutions."

Another of her priorities is the harmonization of federal collection of ART data, which she believes currently exhibits a number of shortcomings. Eventually, she plans to study family law.

"Kyle is not only an exceptional student and an admirable person," said Stanley Katz, a lecturer with the rank of professor in public and international affairs, "she has the intellectual capacity to do fine academic work, but also a keen moral intuition: looking for what is good as well as what is right. Bioethics is thus an ideal area for both Kyle's skills and her passions."

Active in both the sciences and the arts, Edwards currently serves as president of the Student Bioethics Forum. She also is a member and former music director of the women's a cappella singing group Tigressions.

Edwards received the R.W. Van de Velde Award for outstanding junior independent work from the Wilson School in 2011 and the University's Shapiro Prize for Academic Excellence in 2010.

In 2010, she volunteered for the Fresh Air Fund, a New York City nonprofit serving underprivileged urban youth, coordinating medical information. She also held an internship with the San Gabriel Valley Council of Governments, helping coordinate and promote the council's housing and homelessness committee.

In 2011, Edwards served as a public interest fellow at Harvard Law School, helping author a labor rights and employment guide.

Rutherford, who has an aspiration to become a professor, has had a lifelong love of literature. Recently, for her senior thesis, she has focused on the intellectual history of sexual identity in Victorian Britain.

In the United Kingdom, where she previously studied at Oxford for the 2011 spring semester, she will broaden that inquiry, drawing on firsthand resources at the British Library and in Oxford's archives. Later, she plans to complete a doctorate in the United States.

"I welcome triumphant discoveries in the archives and long conversations about issues and ideas," she noted in her Marshall application.

In 2011, Rutherford was awarded the Stone/Davis Prize from Princeton's Davis Center for Historical Studies as well as the Carter Kim Combe '74 History Prize for the best spring junior paper in the Department of History.

"She loves doing research in the archives, and has a real gift for turning up new evidence," noted Anthony Grafton, the Henry Putnam University Professor of History. "When she reads the sources, she draws new and powerful conclusions that everyone else — including very senior historians — has missed."

A residential college adviser at Rockefeller College, Rutherford is also a member of the 2 Dickinson St. vegetarian co-op. She is active in many campus committees and groups including the LGBT Task Force, the American Studies Student Advisory Council and the Committee on Undergraduate Admission and Financial Aid.

The Marshall Scholarships were established in 1953 as a British gesture to the United States for the assistance received after World War II under the Marshall Plan. Financed by the British government, the scholarships are awarded to American students who have demonstrated academic excellence and leadership potential. Up to 40 are selected each year.