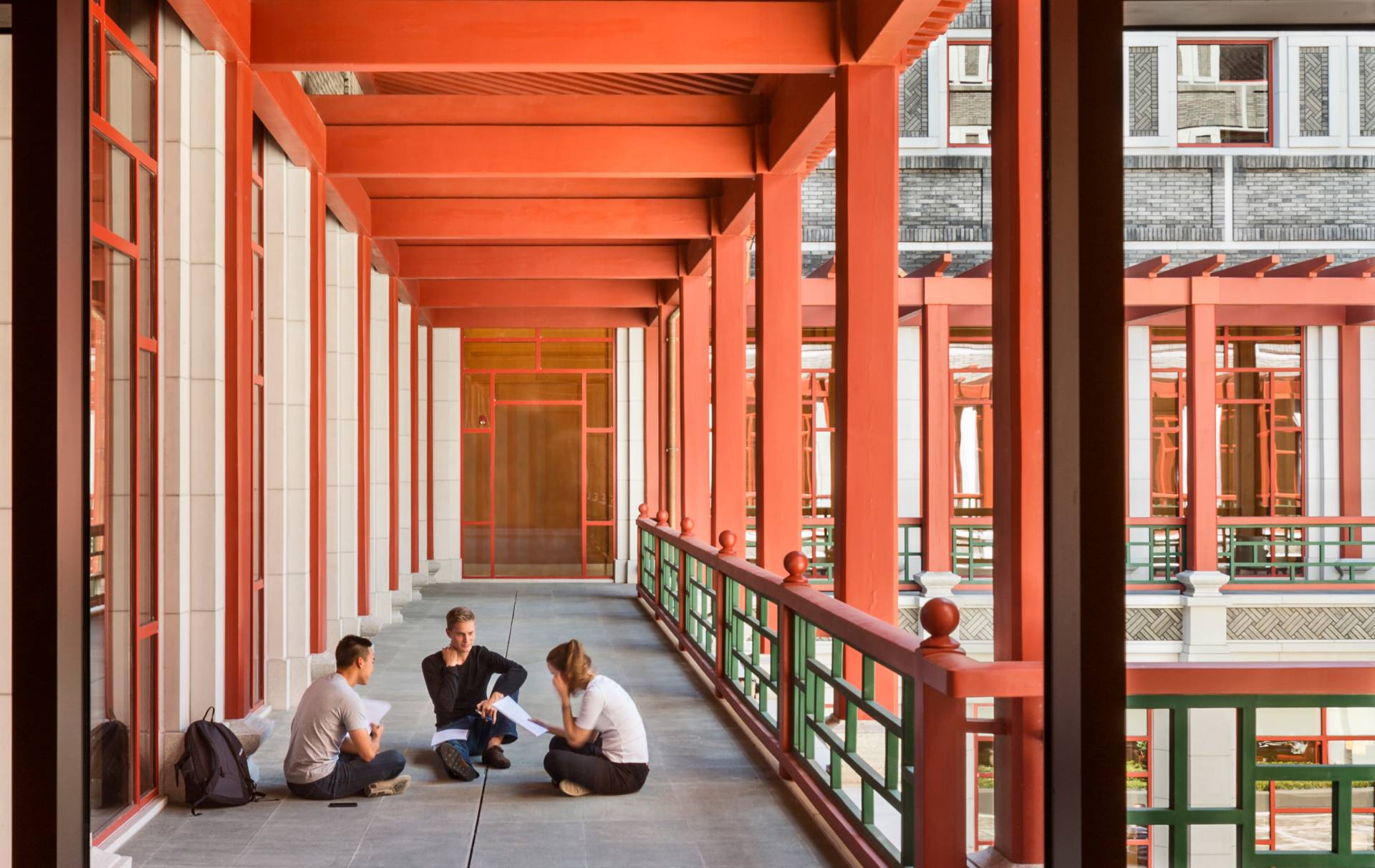 For its fourth class, 147 scholars were selected from around the world from more than 2,800 applicants. The scholars will study economics and business, international studies, and public policy. Courses will be taught in English by professors from Tsinghua, as well as visiting scholars, beginning in August. The program was founded by Blackstone investment firm co-founder Stephen Schwarzman. 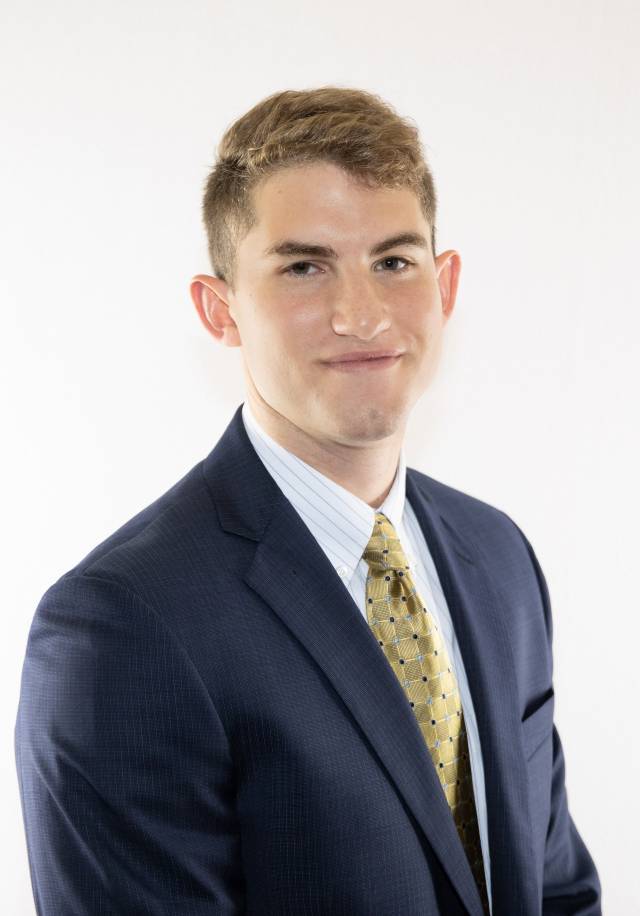 Paul (PJ) Greenbaum of Boiling Springs, Pennsylvania, is a concentrator in the Woodrow Wilson School of Public and International Affairs. He is pursuing certificates in African studies and history and the practice of diplomacy. Through the program he will pursue his interest in post-conflict stabilization and reconstruction.

“The Schwarzman program will build upon the intellectual tools and a scholarly network I have cultivated at Princeton, so that when it comes time for me to ‘stand my watch’ in the Pentagon, I will be ready to improve the world,” Greenbaum wrote in his personal statement.

Greenbaum has worked and studied abroad extensively while earning his degree. He is an undergraduate student fellow with Princeton’s Center for International Security Studies. Through the U.S. Department of Defense’s Project Global Officer, he was selected for a summer Hindi language immersion program at the Landour Language School in Landour, India, and a Swahili language immersion program at the East Africa Field School in Longido, Tanzania. Greenbaum also participated in Princeton’s PIIRS Global Seminar in Beijing.

In 2018, Greenbaum received the Professor R.W. van de Velde Award given to a Princeton junior in the Woodrow Wilson School for outstanding independent work. He received a Paul and Marcia Wythes Princeton Center for Contemporary China research grant, which he is using to conduct research in Kenya for his senior thesis on the impact of Chinese foreign direct investment in sub-Saharan Africa.

“PJ is a force of nature, with great energy, enthusiasm and purpose,” said former U.S. Ambassador Frederick (Rick) Barton, a lecturer in the Woodrow Wilson School and co-director of Princeton’s Scholars in the Nation’s Service Initiative. “PJ leans into life, from walking on to the water polo team to NROTC to serious class discussions, and brings laughter and fun. He will improve U.S.-China relations for all of us.” 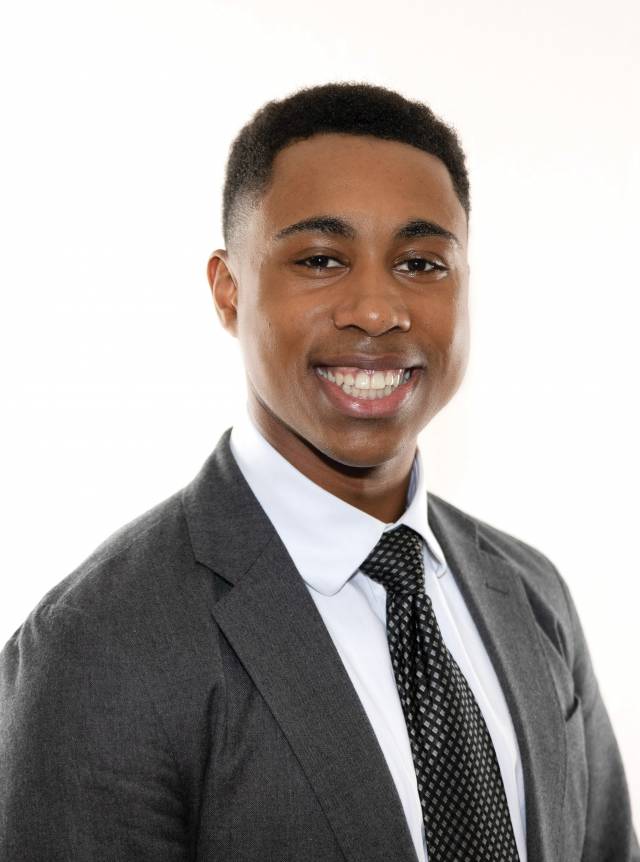 Esham Macauley of Lawrence Township, New Jersey, is earning an A.B. in politics and certificates in African studies and East Asian studies. He plans to study the dynamic between Chinese investors and African nations to encourage more mutual, development-related engagement.

“China’s future is married to the numerous African countries it engages with, both on an economic and diplomatic level,” Macauley wrote in his personal statement. “I believe it is vital for future world leaders to form strong personal relationships to create mutual understanding between themselves and Chinese leaders.”

With African roots in Sierra Leone, Macauley plans to focus his studies on relations between Africa and China. As a sophomore, he attended the Wharton Africa Business Forum and MIT Africa Innovate Conference. He has interned at Barclays Investment Bank and Kybora Emerging Markets, and received a J.P. Morgan Chase Sophomore Development Fellowship.

In 2016, Macauley participated in Beijing Normal University’s Mandarin Immersion Program. He is the co-founder and president of Princeton University’s China Social Impact Project, which matches qualified Princeton students with Chinese social enterprises to help the enterprises complete projects relevant to their missions. Macauley also has worked as a research assistant to Rory Truex, assistant professor of politics and public affairs, whose research focuses on Chinese politics and nondemocratic regimes.

“If the Schwarzman Scholars program is looking for leadership, they have found it in Esham Macauley,” Truex said. “He is a young man of exceptional character and intellect, and he brings a one-of-a-kind perspective in China’s growing role in Africa. I am greatly looking forward to following his contributions in this area.”

A member of Mathey College, Macauley is president of Princeton’s Black Men’s Student Association. He is a former outreach director of the African Students Association, for which he helped organize Princeton’s first African Leadership Summit. He also is a member of the men’s club soccer team and the African dance group DoroBucci. 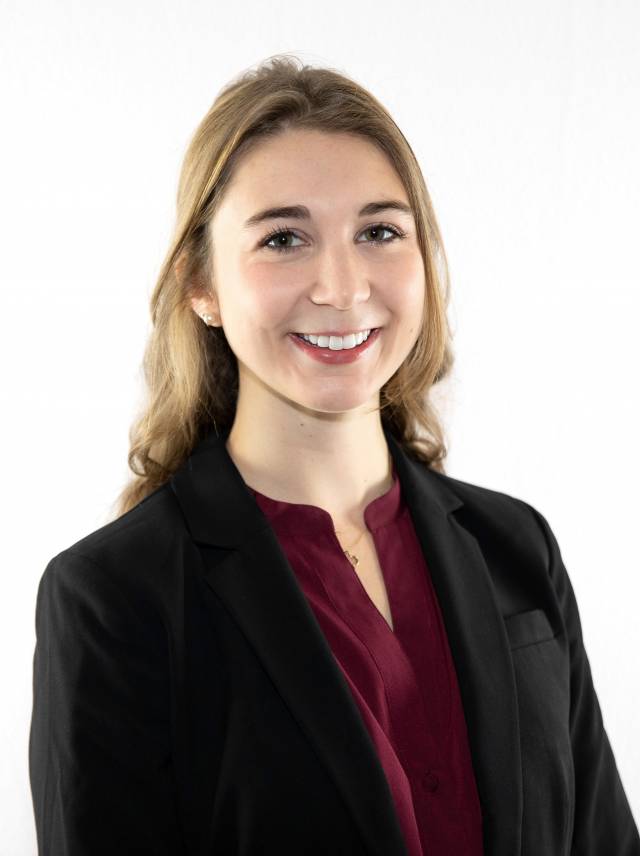 Amanda Morrison, a senior concentrator in the Woodrow Wilson School from Helena, Montana, plans to work at the intersection of visual storytelling and political affairs to explore ways in which video can challenge and deepen social and political engagement. Her current angle is examining developments in the Chinese feminist movement.

Morrison, who is earning certificates in East Asian studies and visual arts (film production), is completing a documentary detailing the work of Chinese feminist Li Maizi. For her fall junior paper, she studied child abuse and protection in the context of U.S.-China relations.

“The interplay between China and the future of global media requires thoughtful debate,” Morrison wrote in her personal statement. “Media consumption and demand in China are rapidly growing, but heavy government control complicates the landscape. I want to bring thought-provoking stories and discussions to the screen that have bearing on global issues.”

In summer 2016, Morrison completed the Chinese language immersion program Princeton in Beijing. She is a recipient of the Mallach Senior Thesis Fund from the Lewis Center for the Arts, where she is a film editing teaching assistant.

Morrison has worked as a legal intern at the U.S.-Asia Law Institute in New York City and as a research assistant for its director Jerome Cohen, a professor at New York University School of Law, and for Truex at Princeton. She is a student fellow in the Program on Gender, Law and Security at the Liechtenstein Institute on Self-Determination at Princeton.

She’s also immersed herself in the film industry, serving in 2017 as an executive assistant for producers at the Allegiance Theater in Los Angeles and as a feature development intern for Skydance Media in Santa Monica, California.

“If I had to bet, I would say that Amanda will become a leader through the use of media, focusing on issues of human rights and society in contemporary China,” Truex wrote in his recommendation for the scholarship. “She is already making significant contributions in this area.”

A resident of Whitman College, Morrison is president of 1080princeton, a student visual journalism organization; a student leader on the Vote100 initiative; and a magazine editor for Business Today. She was formerly chief of staff for Business Today's inaugural Designation Conference, a board member of the Undergraduate Student Government’s Mental Health Initiative, and vice president of BodyHype Dance Company. 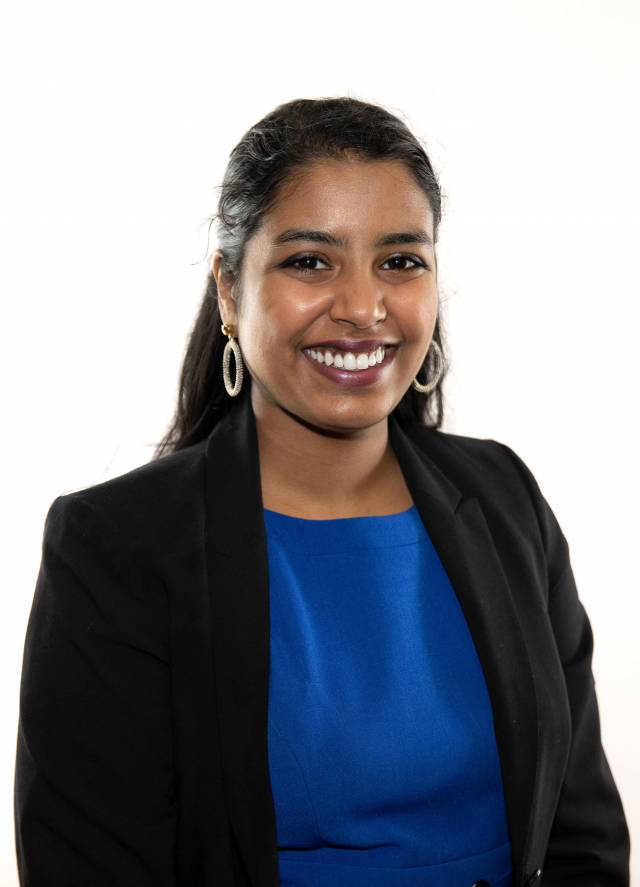 Rebekah Ninan of Franklin, Tennessee, is completing an A.B. in politics with a certificate in South Asian studies. She plans to study economic and diplomatic relations between China and South Asia.

At Princeton, Ninan has worked as a research fellow for the Program on Religion, Diplomacy and International Relations and for the Project on Gender in the Global Community, in addition to serving as a research assistant for the Department of Politics.

Ninan has interned for governmental and nonprofit organizations including UNICEF and Legacies of War. As an intern for the U.S. Department of State, Ninan researched refugee issues in South Asia, particularly the movement of the Rohingya in Myanmar, for the Bureau of Population, Refugee and Migration, Asia Team. She also worked with the State Department’s Office of Pakistan Affairs.

“Reading Pakistan’s daily press, I was struck by the frequency with which China was invoked by Pakistan’s politicians,” she wrote in her personal statement. “I also see how Indians identify their economic interests and standing in the world in relation to China.”

Ninan is a 2018 Liman Undergraduate Fellow. She is a residential college adviser for Wilson College and previously was president of the American Whig-Cliosophic Society and director of the Adlai Tournament for the Princeton Debate Panel.

“Rebekah is a bright, self-directed and hard-working young woman who is passionate about public service and will someday join the ranks of tomorrow’s leaders,” said Melissa Lee, assistant professor of politics and international affairs.