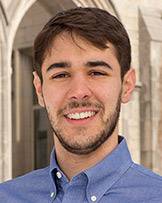 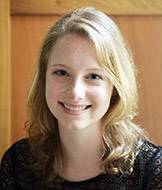 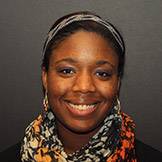 Princeton University alumnus Joseph Barrett, a member of the Class of 2014, and seniors Rachel Skokowski and Sarah Yerima have been awarded Rhodes Scholarships for graduate study at the University of Oxford.

Barrett, of Port Washington, New York, a concentrator in history who also earned a certificate in South Asian studies, plans to pursue an M.Phil. in economic and social history.

At Princeton, he focused on the study of systemic poverty, an area of interest sparked as an inaugural participant in the University's Bridge Year Program, which provides incoming freshmen with the opportunity to defer enrollment for a year to engage in University-sponsored community service abroad. Barrett worked for World Literacy Canada in Varanasi, India, where he assisted literacy initiatives, researched microfinance and taught in an afterschool program.

In his senior thesis, Barrett analyzed the origins of the Peace Corps and VISTA (Volunteers in Service to America), a domestic version of the Peace Corps, and the planning of the War on Poverty. In his Rhodes application, Barrett wrote: "In short, my research demonstrated that policymakers should be engaged historians, who understand the histories of the words and ideas used to make policy."

Sean Wilentz, Princeton's George Henry Davis 1886 Professor of American History and Barrett's thesis adviser, remembered one "semi-crisis" as Barrett headed to Boston to research government archives at the John F. Kennedy Presidential Library and Museum. Republicans in the U.S. House of Representatives were threatening a government shutdown that would have closed the library.

"Current politics may influence historical research, but this would have been ridiculous. So here's a little footnote for the future: By averting the fiscal cliff, the White House and Congress kept Joe Barrett on the road to a superb thesis — and a Rhodes Scholarship," Wilentz said.

"A man of sparkling intellect and amazing energy, Joe would now be on his way to becoming a great scholar — except that he has so many concerns and talents, there is no telling where he'll end up. Wherever that is, he will be making a great difference in this world," Wilentz added.

As an undergraduate, Barrett volunteered all four years as a tutor providing academic support to incarcerated people through the Petey Greene Program. Since July, Barrett and three other recent alumni have been building this local organization into a national nonprofit.

At Princeton, Barrett was also an Outdoor Action leader trainer, a member of the Behrman Undergraduate Society of Fellows, a co-founder of Students for Prison Education and Reform and a member of the club soccer team.

In his Rhodes application, Barrett wrote: "My experiences addressing poverty as a volunteer, activist and bureaucrat have provided valuable perspectives, but all have been greatly enriched by my work as a historian."

He studied at Oxford as a participant in the Oxford-Princeton Exchange in History and returned to India to study in an intensive Urdu program. He also worked as an intern at the U.S. government's Millennium Challenge Corporation in Washington, D.C., and Maseru, Lesotho.

"Joe is a person of real promise, generous of spirit and incisive of mind," said Michael Laffan, professor of history. "I see Joe as someone of real transformative potential."

After the Rhodes, Barrett plans to focus on policy issues related to domestic and international poverty, especially those tied to education and incarceration.

Skokowski, of Palo Alto, California, is a major in the Department of French and Italian, with a focus on French and art history. She also is pursuing a certificate in humanistic studies. At Oxford, she plans to complete an M.Phil. in modern languages.

"Rachel is a brilliant student," said André Benhaïm, an associate professor of French and Italian. "As a French concentrator, she has fostered her passion for the visual arts, and their rapports with philosophy and literature. Rachel's not only an intellectual dynamo, but she's a wonderful person. Her upbeat personality, sense of humor and overall liveliness have enlightened our courses and corridors."

A member of Phi Beta Kappa, Skokowski was awarded the R. Percy Alden Memorial Prize in French her junior year and the Haarlow Prize, awarded by the Council of the Humanities, as a sophomore. She also served as a member of the Council's Behrman Undergraduate Society of Fellows.

"Rachel is a student of exceptional maturity, clarity of vision and intellectual seriousness," said Daniel Heller-Roazen, the Arthur W. Marks '19 Professor of Comparative Literature and the Council of the Humanities. "At Princeton, she has tackled some of the most difficult and diverse moments in the history of literature with impressive dedication and energy — and with extraordinary results."

Skokowski's thesis is an interdisciplinary study of the relationship between private collections and museums in 19th-century France. She was awarded a fellowship from the Princeton Institute for International and Regional Studies (PIIRS) to conduct thesis research in Paris.

"She's not just one of the brightest French concentrators I've had the good fortune to work with over the last 10 years at Princeton, but she's also quite simply an exceptional person, driven to excel as much by sheer joy and boundless generosity as by a deep thirst for knowledge," said Skokowski's thesis adviser, Göran Blix, an associate professor of French and Italian. "She has defined what it means to be an open-minded, intellectually exuberant, as well as responsible and engaged scholar."

Outside of the classroom, Skokowski competes year-round on the varsity cross country and track teams. She also serves on the Princeton University Art Museum Student Advisory Board, as a peer academic adviser and peer tutor, and served as a curriculum developer for middle school students in Trenton through the University's student volunteer tutoring program.

After the Rhodes, Skokowski plans to pursue a career as a museum curator, "harnessing my Silicon Valley background and embracing the potential of digital initiatives to make museums relevant in today's world," she wrote in her Rhodes application. She has already immersed herself in the art world outside of Princeton in internships at the Morgan Library and Museum in New York City, the Santa Fe Arts Commission and a private print collection in Woodside, California.

At Oxford, Skokowski intends to keep running as a member of the Oxford University Athletics Club and referred to her love of the sport in her Rhodes application: "Transforming often slow-moving museums into forward-thinking institutions will not be easy, but my passion for running has prepared me to lead these efforts. Running has constantly pushed me to rise to a challenge."

Yerima, of Los Angeles, is a sociology major who plans to pursue a two-year M.Phil. in politics at Oxford.

The granddaughter of African Americans raised in 1930s rural Georgia, Yerima grew up hearing firsthand accounts of the Jim Crow South. She wrote in her Rhodes application that at Princeton, "[t]he absence of acute racial consciousness on campus profoundly shaped my academic pursuits." She has immersed herself in the study of race through interdisciplinary pursuits in sociology, politics and history, as well as serving as a research assistant for Imani Perry, professor of African American studies, on Perry's forthcoming book about the history of the song "Lift Ev'ry Voice and Sing," which has been referred to as the black national anthem.

"In her thesis, Sarah situates the dominant discourse of post-racialism in a longer historical context," said her thesis adviser, Hendrik Hartog, the Class of 1921 Bicentennial Professor in the History of American Law and Liberty and director of the Program in American Studies. "The thesis … interrogates the notion of colorblindness, both as a historical and legal artifact and as a continuing problem in critical race theory today.

"Sarah is a quite extraordinary and fully engaged interdisciplinary intellectual. She writes with great intensity and with power," he added.

Outside the classroom, Yerima has served as a residential college adviser, a peer academic adviser and tutor, and an undergraduate fellow with Race and Citizenship in the Americas, an initiative between Princeton and the University of São Paulo. During the summer of 2013, Yerima completed an intensive program in Portuguese in Rio de Janeiro.

"Sarah is a natural teacher and mentor, furiously smart and unafraid of provocative conversations, but with a gift for creating safe spaces for dialogue," said Justine Levine, director of academic studies at Rockefeller College. "She leaves everyone she speaks with changed in some way."

After the Rhodes, Yerima plans to enter a joint J.D./Ph.D. program to pursue a career as a law professor.