Princeton University seniors Serena Alagappan and Ananya Agustin Malhotra have been awarded Rhodes Scholarships for graduate study at the University of Oxford.

They are among 32 American recipients of the prestigious fellowships, which fund two to three years of graduate study at Oxford. The students will begin their studies at Oxford in September 2020. In a statement, Elliot Gerson, American Secretary of the Rhodes Trust, said, “This year’s American Rhodes Scholars — independently elected by 16 committees around the country meeting simultaneously — once again reflect the extraordinary diversity that characterizes and strengthens the United States.” 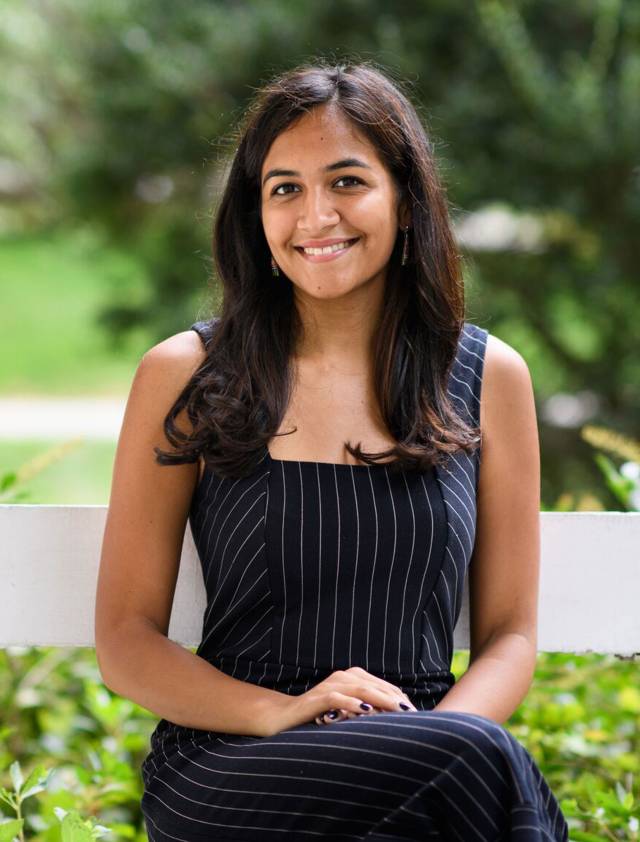 Alagappan, of New York City, is concentrating in comparative literature and is also pursuing certificates in European cultural studies and creative writing. At Oxford, Alagappan will pursue an M.Sc. in social anthropology and an M.St. in World Literatures in English.

Alagappan’s work explores the ways in which identity and modes of expression shape art. She said her senior thesis is “a collection of braided essays focused on American Sign Language, and Deaf cultural arts.” She is a member of Whitman College, one of Princeton’s six residential colleges.

Alagappan’s love of literature and languages began as a child, and in middle school she began studying ASL. At Princeton, she broadened her involvement in the ASL community, including delving into ASL poetry. In her Rhodes application, she wrote, "American Sign Language (ASL) and Deaf culture has taught me that a culture’s unwritten storytelling can be just as textured and compelling as traditional literature."

In her sophomore year, Alagappan took McPhee’s legendary course “Creative Nonfiction,” offered each spring by application and limited to 16 students, which he has taught for nearly 45 years. McPhee said: “Serena was a consistent delight. From her set piece on the math and physics of kaleidoscopes to a profile of an Uber driver who is also a jazz drummer, the level of her prose — in its humor, grace and researched fact — never declined.”

Alagappan is a member of the Behrman Undergraduate Society of Fellows, which brings together juniors and seniors committed to the study of humanistic inquiry, and an undergraduate liaison for the Department of Comparative Literature. She received a John McPhee '53 Award for projects in independent journalism last summer and a Peter B. Lewis Grant for an independent creative writing project on literary pilgrimage in summer 2018.

Alagappan is president of the Princeton University American Sign Language Club. During her first year at the University, she began teaching elementary ASL to children ages 9-12 at Princeton’s Cotsen Children’s Library with Colin Lualdi, a 2017 alumnus. She also coordinated a series of events at Princeton for both Deaf and hearing audiences.

In summer 2019, as an oral history intern and writer at the Religion and Resettlement Project, under the auspices of the Office of Religious Life, she interviewed and preserved stories of Holocaust survivors, and recorded oral histories of Syrian refugees regarding faith and forced migration. She is a volunteer with Homefront, a nonprofit helping homeless families become self-sufficient. A published author of fiction, nonfiction and poetry, Alagappan is editor-in-chief of The Nassau Weekly and also interned at O, The Oprah Magazine.

Upon learning she had won the Rhodes Scholarship, Alagappan said: “Honestly, I was stunned and overwhelmed with gratitude. I immediately thought of my family, teachers and professors, who have nurtured and guided me. I waited to tell my family in person since they were home in New York, but the first person I texted was my roommate, Natalia Brokate.”

About going to Oxford, Alagappan said, “I am most excited to continue exploring the academic passions I developed at Princeton, as well as finding literary and personal connections where one might expect to find difference.”

After the Rhodes Scholarship, she said she hopes to become a creative nonfiction writer and “expand the conventional notions of what communication and language look like.” 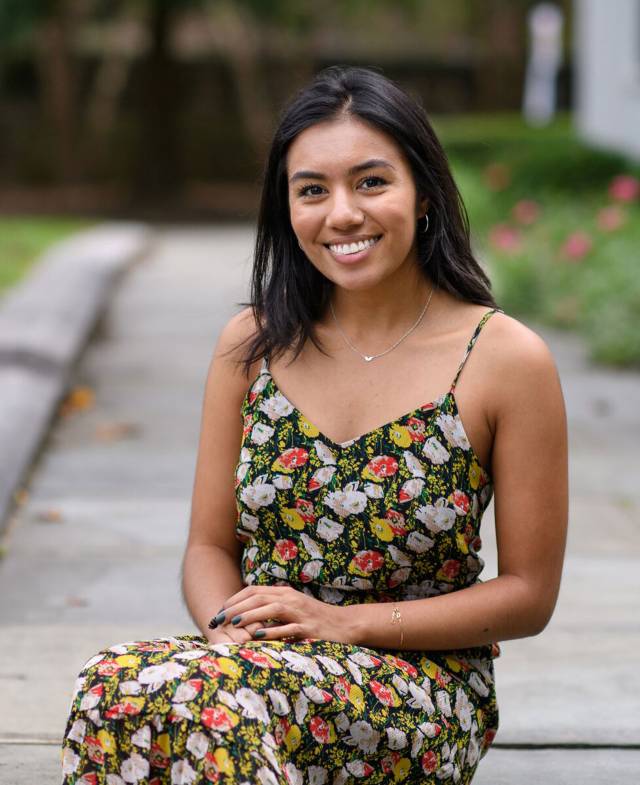 Malhotra, of Atlanta, is a concentrator in the Woodrow Wilson School of Public and International Affairs, and also is pursuing certificates in European cultural studies, and French language and culture. At Oxford, she will pursue the two-year M.Phil. in international relations.

Her senior thesis explores the collective remembrance of the nuclear age in America, examining the Manhattan Project National Historical Park and Trinity Testing Site as lieux de mémoire, or “places of memory.”

“Ananya is an outstanding next-generation scholar with great curiosity and creativity as well as a deep commitment to using a moral, humanist imagination to understand and improve the lives of others,” said her adviser, Zia Mian, co-director of Princeton’s Program on Science and Global Security. He called her senior thesis project “fascinating, ambitious and far-reaching.”

In her Rhodes application, Malhotra wrote that the oral histories she collected as part of her senior thesis research “paralleled the stories of my Filipino great-grandmother, Lola Tuding, who grew up with ‘comfort women’ abused by Japanese soldiers in her hometown of Obando, and of my Indian grandfather’s stories of fleeing his home, set ablaze during the 1947 Partition. Shared, transnational legacies of trauma are woven into the fabric of historic decisions made in the name of international politics.”

Malhotra has been an undergraduate fellow at Princeton’s Liechtenstein Institute on Self-Determination’s Project on Gender in the Global Community and Program on Religion, Diplomacy and International Relations. She is senior commissioner for the task force “The European Refugee Crisis, Four Years On,” led by Barbara Buckinx, associate research scholar and director of the Project on Self-Determination and Emerging Issues at LISD. She is also a fellow of the European Union Program at the Wilson School, a member of the Behrman Society of Undergraduate Fellows and a Humanities Council mentor for first-year students.

Malhotra’s international experience has included conducting humanistic research in Rome in fall 2017 and serving as a legal research intern at the European Roma Rights Centre in Budapest in summer 2018, through the Office of International Programs. Last summer, she worked on gender equality initiatives as the faith and youth engagement intern in the Civil Society and Peace & Security Divisions at UN Women in New York.

On campus, Malhotra’s activities support her interest in social justice. She is president of the SHARE (Sexual Harassment/Assault Awareness, Resources and Education) Peer Program and a co-founder of the Office of Religious Life’s UN Women Faith and Gender Justice Fellowship, whose members attend the annual Commission on the Status of Women hosted at the UN. She was also a founding officer of Princeton Students for Gender Equality and is a member of Princeton Filipino Community.

Upon learning she had won the Rhodes Scholarship, Malhotra said: “I was completely shocked, confused and delighted. My first call was to my parents, who were overjoyed. I owe everything to the love and support of my family and friends, and to the constant guidance and encouragement of my mentors, professors and former teachers.”

As a Rhodes Scholar, she said, “I am most excited to learn with and from an interdisciplinary and global community of young people who are invested in realizing a different and better kind of future.”

After earning her degree at Oxford, Malhotra hopes to pursue a joint-J.D./Ph.D. to study international law, human rights law, and international political thought and history.