Princeton alumni Allan Jabri, Samuel Kim and Yessica Martinez — all of the Class of 2015 — have been awarded the Paul & Daisy Soros Fellowships for New Americans, a graduate school fellowship for outstanding immigrants and children of immigrants in the United States.

The Princeton fellows are among 30 who were selected from 1,766 applicants for their potential to make significant contributions to U.S. society, culture or academic work. They will receive up to $90,000 for graduate study in the United States.

“Whether it is through scientific discovery, business, literature, medicine or law, immigrants enrich our everyday lives in the United States in profound ways,” said Craig Harwood, who directs the fellowship program. “As a country, we need to refocus our attention on immigrant contributions.”

The fellowship program was established in 1997 by Hungarian immigrants Paul and Daisy M. Soros of New York as a charitable trust to support graduate study by new Americans — immigrants and children of immigrants. Selection criteria focus on accomplishments that show creativity, originality and initiative in light of the challenges and opportunities that have been part of the applicant’s immigration story. The program is open to college seniors, students in the early stages of their graduate career and those in the workforce who are seeking graduate training. 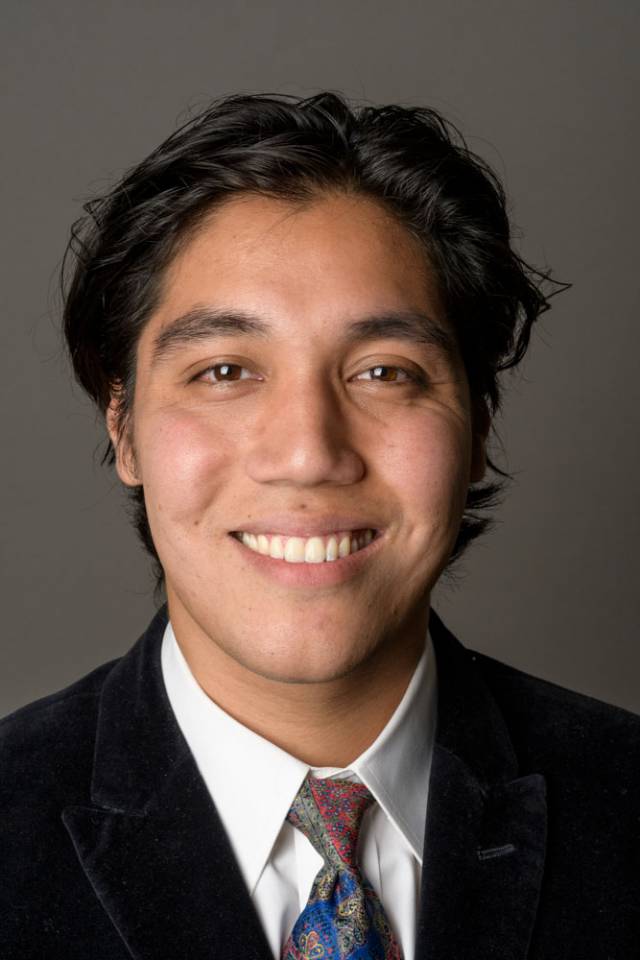 Jabri was born in Sydney to parents from China and Lebanon. Since coming to the United States in 2000, he has lived in California, Oregon, New Jersey and New York.

At Princeton, Jabri concentrated in computer science and received a certificate in statistics and machine learning. His senior thesis research focused on probabilistic modeling of behavior from egocentric visual data. After graduating, he worked as a research engineer at Facebook AI Research in New York.

Last year, he started a Ph.D. program in computer science at the  University of California-Berkeley, where he is a graduate student research member of Berkeley Artificial Intelligence Research.

Jabri will use his award to support his academic work. His long-term goal is to build learning algorithms that allow machines to autonomously acquire visual common sense. During his Ph.D., he also hopes to mentor students, contribute to open-source code and develop a more interdisciplinary perspective on AI.

Jabri said his experiences living across cultures helped catalyze his interest in science and his empathy and sense of humanism.

In his personal statement for the fellowship, Jabri wrote, “Playing chameleon and navigating the circles of peers, friends and family across cultures forced me to think critically about the mechanisms of my surroundings — to construct theories and models of my world, to learn to disarm divisive ideology … to ponder the cosmic backdrop of the human condition.”

As an undergraduate, he received research and engineering honors from Sigma Xi and Tau Beta Pi. He participated in a PIIRS Global Seminar in Turkey in the summer of 2012. He was co-caption of Princeton Club Swimming and a member of Terrace eating club. 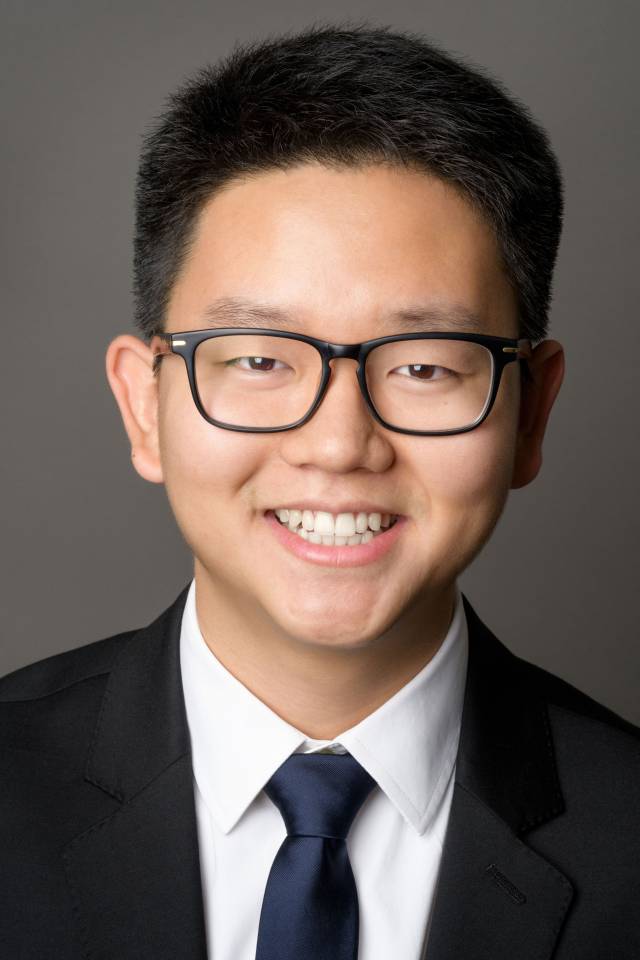 Kim was born in Westwood, New Jersey, to immigrant parents from South Korea. He spent his early months in Palisades Park before going to South Korea for his childhood years. He moved with his family to Los Angeles at age 10.

As a clinical intern over three summers in a cardiology clinic in Los Angeles and through his developing Christian faith, he deepened his passion for medicine and his commitment to helping others.

Kim was a chemistry major at Princeton and earned a certificate in global health and health policy. He worked in the lab of Tom Muir, the Van Zandt Williams Jr. Class of 1965 Professor of Chemistry, where he studied the epigenetic code by developing chemical tools with the CRISPR/Cas9 technology, research that became his senior thesis and later was published.

After graduating, he studied for a master’s degree at the University of Cambridge in the United Kingdom through a Gates Cambridge Scholarship. He developed a method for rapid and accurate genome synthesis and replacement, work that got published.

Kim was a research associate at the California Institute of Technology studying long non-coding RNAs and addressing Rett syndrome before starting his M.D./Ph.D. program at Stanford University in 2017. He said the award will help his work in exploring novel elements of genome structure and in developing and deploying technologies to propel epigenomics into the clinic to address incurable diseases and provide personalized patient care.

Kim wrote in his statement: “I hope to open up new and more patient-relevant questions for both scientific advancement and benefit of the everyday patient. … By bringing together all that science and medicine [have] to offer, through research and discovery, if I can one day help one more patient celebrate in victory, it will have been worth it.”

At Princeton, Kim was involved in Manna Christian Fellowship, Student Volunteers Council Red Cross and Innovation Magazine. He was also a peer health adviser. In summer 2013, he was a clinical intern in Bolivia through the University’s International Internship Program. He was elected to Sigma Xi and Phi Beta Kappa and received a Sigma Xi Book Award for Outstanding Research.

While he was at Cambridge, Kim was a first-aid responder with St. John Ambulance and editor of The Scholar, a journal featuring the research of Gates Cambridge Scholars. Currently in California, he is a coordinator for the clinic labs at Pacific Free Clinic in San Jose, a student-run clinic serving low-income immigrant communities. He is a forum director of Veritas Forum at Stanford. 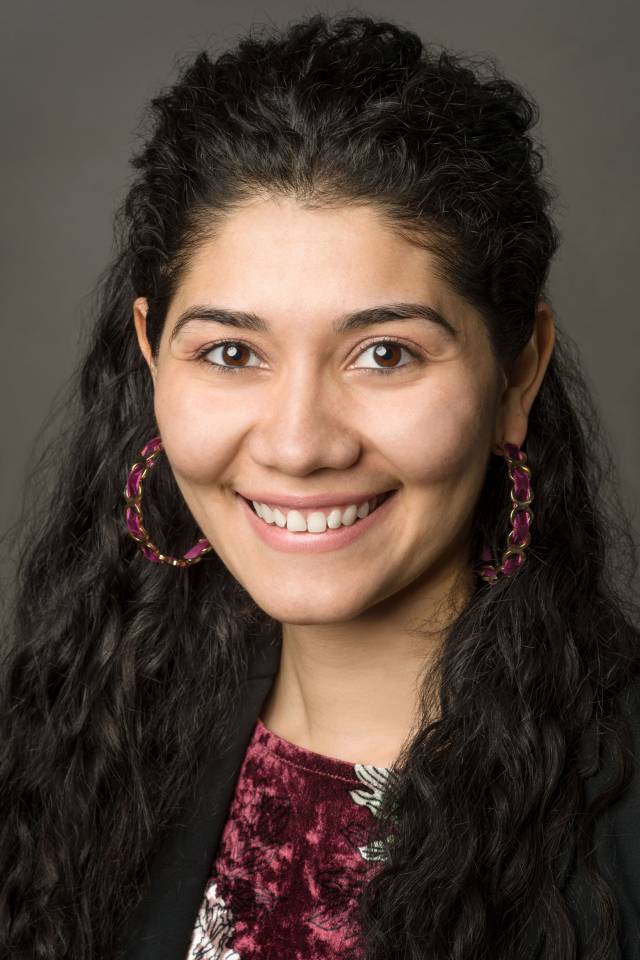 Martinez was born in Medellín, Colombia, and came to the United States with her family when she was 10 years old. Growing up undocumented, she joined other students in her high school in New York, in their struggle to secure the passage of the DREAM Act, an effort she continued at Princeton as co-director of the Princeton DREAM Team, a student organization that supports undocumented immigrants and debates immigration reform.

Before coming to Princeton, she participated in the Leadership Enterprise for a Diverse America program held at the University, a national program dedicated to developing the academic and leadership potential of talented high school students from socioeconomically disadvantaged backgrounds.

At Princeton, Martinez majored in comparative literature and earned certificates in creative writing and Latin American studies. In her senior year, she was named co-winner of the University’s Moses Taylor Pyne Honor Prize, the highest general distinction conferred on a Princeton undergraduate.

For her senior thesis, Martinez wrote a book of poetry, advised by Susana Draper, associate professor of comparative literature, and Tracy K. Smith, the Roger S. Berlind ’52 Professor of the Humanities, who is the U.S. poet laureate.

Many of Martinez’s poems were inspired by the research she completed as an Alex Adam ’07 Award recipient from Princeton’s Lewis Center for the Arts, a grant that enabled her to spend summer 2014 traveling the U.S-Mexico border. For her work, she received the Robert and Lynes Fagles Senior Thesis Prize.

Martinez will use the fellowship toward an MFA in creative writing at Cornell University. Currently, she is a teaching artist with the Coalition for Hispanic Family Services and a writer in residence with Immigrant Movement International, a community space associated with Queens Museum.

“Being a poet means remaining very attentive and vigilant to our current reality and refusing to conform to any simple truth or assumption,” Martinez wrote. “A writing career will enable me to be a public figure who can offer alternative perspectives on the issues facing our world.”

Among her honors, Martinez received a 2013 Mellon Mays Undergraduate Fellowship. The Mellon Mays program is supported by the Andrew W. Mellon Foundation and facilitates funding for undergraduate research and graduate school studies to prepare students for professorial careers.

In 2015, she was awarded the Henry Richardson Labouisse ’26 Prize from Princeton and spent a year in Colombia after she graduated developing creative poetry workshops as a means to contribute to communal life.

As an undergraduate, Martinez was a member of the Latin America Legal Defense Fund, which works with the Princeton Latino community, and the University’s Priorities Committee. She also was involved in the Community-Based Learning Initiative Project and Princeton Latinos Y Amigos.