Princeton University alumni Natalie Guo, Harriet Kiwanuka and Jonathan Zong have been awarded the Paul and Daisy Soros Fellowships for New Americans, a graduate school fellowship for outstanding immigrants and children of immigrants in the United States.

The Princeton fellows are among 30 who were selected from 1,767 applicants for their potential to make significant contributions to U.S. society, culture or academic work. They will receive up to $90,000 for graduate study in the United States.

The fellowship program was established in 1997 by Hungarian immigrants Paul and Daisy M. Soros of New York as a charitable trust to support graduate study by new Americans — immigrants and children of immigrants. Fellows are all the children of immigrants, green card holders, naturalized citizens, or Deferred Action for Childhood Arrival (DACA) recipients.

Selection criteria focus on accomplishments that show creativity, originality and initiative in light of the challenges and opportunities that have been part of the applicant’s immigration story. The program is open to college seniors, students in the early stages of their graduate career and those in the workforce who are seeking graduate training.

In addition to the Princeton undergraduate alumni, Stanford University senior Nina Zubrilina will receive a Soros Fellowship to pursue a doctoral degree in mathematics at Princeton next year. 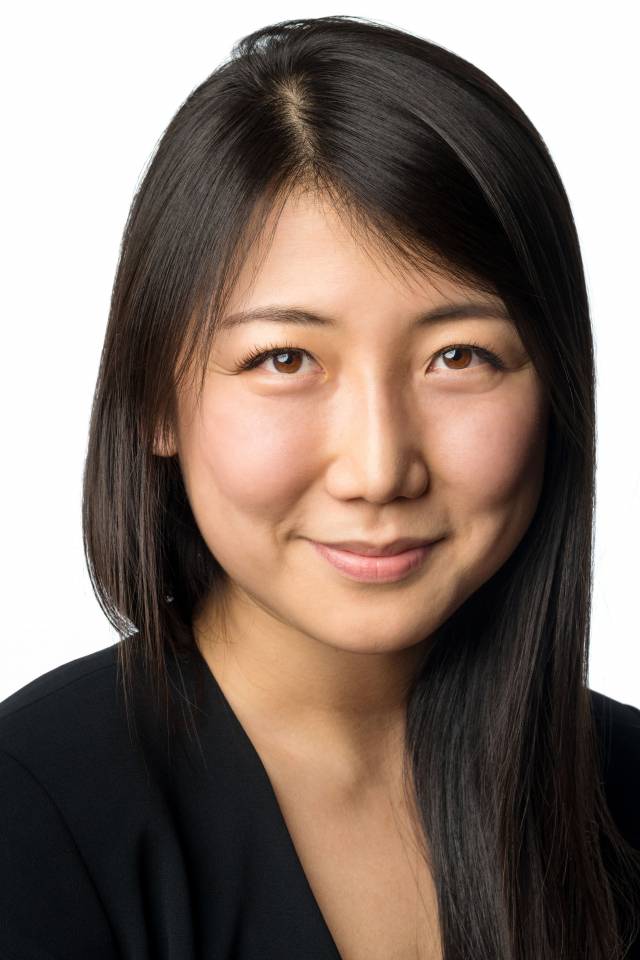 Guo was born in Zhanjiang in southern China, and raised in Uppsala, Sweden and Baltimore, Maryland. She is pursuing her medical degree at Harvard Medical School, which the Soros Fellowship will support. She earned her master’s in business administration from Harvard Business School in 2018, where she was a George F. Baker scholar. She is also the recipient of Harvard’s Committee on General Scholarships’ Princeton Fellowship of 1910.

Guo graduated from Princeton in 2012 with a degree in molecular biology. She received the University’s Shapiro Prize for Academic Excellence and the George Khoury ’65 Senior Prize.

“Central to Natalie’s work is the recognition that the effective collaboration of physicians, innovators, and business leaders is critical to transforming how we care for our healthy and our sick. Her hope is to accelerate the delivery of the next generation of healthcare innovation by leveraging both the compassion of human experience and the objective power of data-driven inference” the Soros Fellowship statement said.

Guo's interest in health began in earnest at Princeton, where she developed a deep curiosity at the intersection of molecule science and human biology. Her interests led to sequential research projects in organ regeneration and the tumor microenvironment, for which she was awarded the Barry M. Goldwater Scholarship. She founded GlobeMed at Princeton, which is a student-led social justice organization working to raise awareness about health inequity around the world.

After Princeton, she worked as a healthcare investor with TPG Capital in San Francisco and a healthcare analyst at Goldman Sachs in New York City. Her community service includes time as a pediatric emergency room volunteer in New York City; a volunteer educator and junior board member with 826 Valencia, a San Francisco-based organization focused on literacy and writing programs for underprivileged immigrant urban youth; and a co-founder of a service called Welly to improve care coordination for uninsured patients.

Guo holds advisory relationships with Brigham and Women’s Hospital in Boston, Mammoth Biosciences and Sequoia Capital. She has conducted molecular biology research in academic labs at Princeton University, the Singapore Stem Cell Consortium and the Karolinska Institute in Sweden. 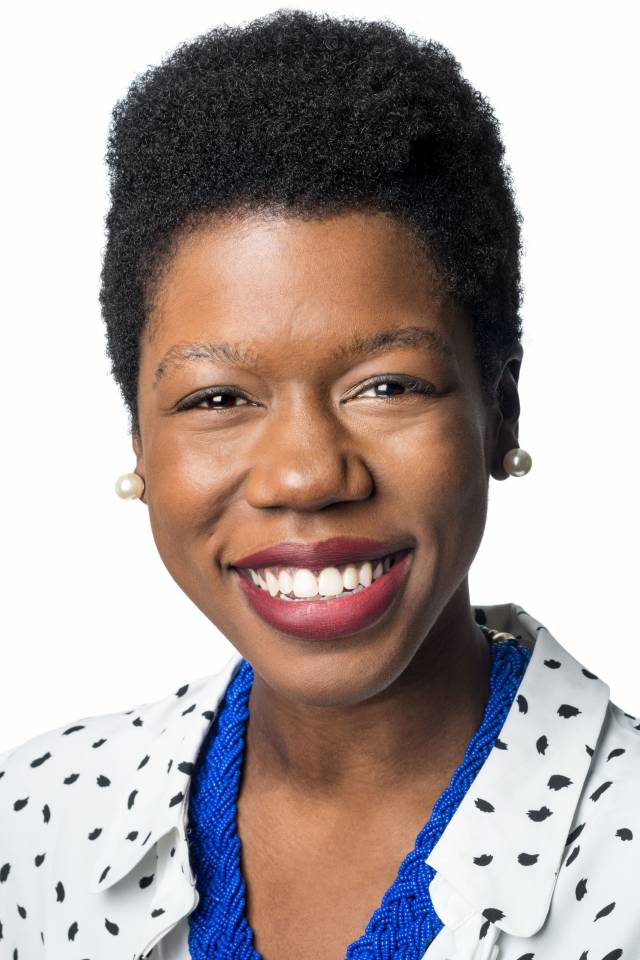 Born in Norwood, Massachusetts, Kiwanuka is the daughter of Ugandan immigrants. The Soros Fellowship will support her medical degree at Stanford University.

“Harriet’s ultimate goal is the discovery of better treatments for burn and trauma patients,” the Soros Fellowship statement said. “When she was 11, a house fire occurred that injured her parents. Throughout her parent’s recovery, Harriet’s passion to pursue medicine grew as she witnessed the capacity of science to heal. She also observed many ways that burn care could be enhanced and wanted to play a leading role in future research.”

Kiwanuka graduated from Princeton in 2015 with a degree in politics. In her independent research, she investigated the impact of past authoritarian regimes on the current state of democracy and governance in various developing nations.

She worked as a research assistant at the Center for Reconstructive and Restorative Surgery at Brigham and Women’s Hospital throughout her time at Princeton, and for two years following graduation. Her research focused on burn care and vascularized composite allotransplantation for the treatment of trauma patients. She has co-authored over a dozen peer-reviewed publications, five of which she serves as a first author.

As a medical student at Stanford, Kiwanuka has continued her research, expanding her interests to topics such as burn care of vulnerable populations and stem cell wound therapy. She is leading the creation of a program to improve the long-term physical, psychiatric, psychosocial and rehabilitative care of burn survivors. She hopes to become a plastic and reconstructive surgeon who specializes in burn management. 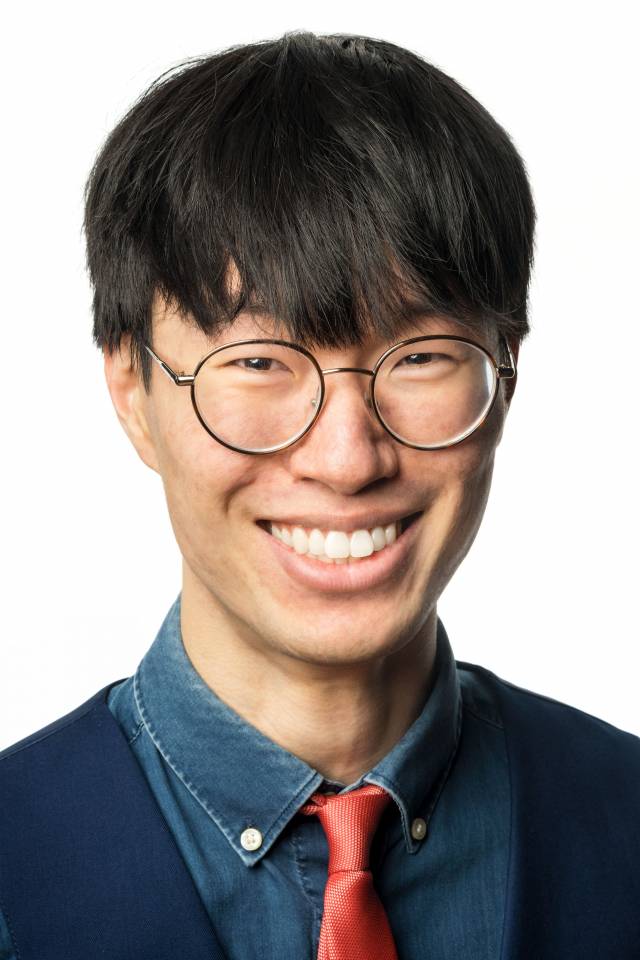 Zong was born in Houston, Texas, after his parents immigrated there from China to pursue graduate school. The Soros Fellowship will support his pursuit of a doctoral degree in human-computer interaction at MIT. He is interested in visual interfaces that help people comprehend how technology governs human behavior.

At Princeton, Zong majored in computer science and earned a certificate in visual arts. His computer science thesis investigated empirical methods for studying internet research ethics, while his visual arts thesis was an exhibition exploring how discomfort with authority and power — especially his own — shaped his identity.

He received the Lucas Award in Visual Arts, the Santos-Dumont Prize for Innovation and the Tau Beta Pi Scholarship while at Princeton. His research-based visual art has influenced discussions about technology in The New York Times and was exhibited at the Centre National du Graphisme in Chaumont, France.

He has interned as a software engineer and graphic designer at companies including Google, Coursera, Square and Linked by Air.