Quimby selected as associate dean of the college 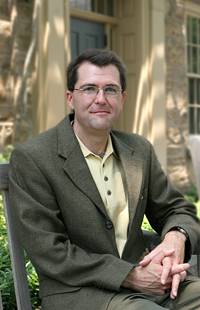 Peter Quimby, dean of a residential college and lecturer in political science at Yale University, has been named associate dean of the college at Princeton.

He will succeed Hank Dobin, associate dean since 1996, who has been appointed dean of the college at Washington and Lee University. Quimby will take up his new responsibilities on Aug. 1, 2005.

Quimby will work with faculty members, academic departments and certificate programs on all matters concerning the undergraduate curriculum. He will serve as secretary of the Faculty Committee on the Course of Study and, in that capacity, review proposals for new courses and significant curricular changes. He also will coordinate the Freshman Seminar Program, serve as the academic adviser to independent concentrators, and direct or oversee a number of other programs and initiatives.

"Peter emerged as the clear leader in a very strong field of internal and external candidates for the associate deanship," said Nancy Malkiel, dean of the college. "His appointment comes with the enthusiastic endorsement of the nearly two dozen senior faculty and administrators who interviewed him in the course of his visits to the campus. He looks forward very much to working closely with faculty and administrators to strengthen and enrich undergraduate education at Princeton."

Quimby has been dean of Yale's Davenport College since 2001. In addition to overseeing academic affairs and student life for the 470-student college, he has taken on a range of university-wide administrative assignments at Yale. These include coordinating the new Freshman Seminar Program and chairing a subcommittee of a working group dedicated to implementing other initiatives related to Yale's new curriculum. One recommendation called for the restructuring of the Yale College dean's office, with a new Office of Freshman Affairs to attend to the special curricular and advising needs of first-year students.

Quimby also has served as director of undergraduate studies for the special divisional major (Yale's equivalent of independent concentration), as secretary of the Yale College Committee on Teaching and Learning and as a member of the Faculty Committee on Athletics.

From 1998 to 2001, Quimby was an administrator and teacher at the University of Wisconsin-Madison. He served as associate director and then assistant dean of the Pathways to Excellence Project, a set of campus-wide initiatives designed to improve the quality of undergraduate education at the university.