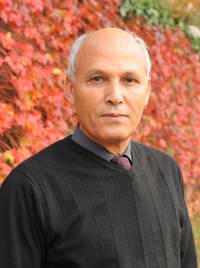 Abdellah Hammoudi, professor of anthropology, has written an award-winning book about his experiences on the annual pilgrimage of Muslims to Mecca. Originally published in French in 2004, “A Season in Mecca” became available in English in January. 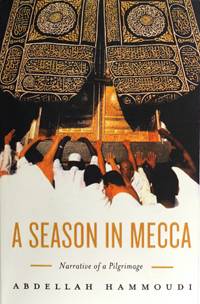 As the departure date neared, Abdellah Hammoudi became increasingly aware that his study of the hajj — the pilgrimage of Muslims to Mecca — was also going to confront him with many questions about himself.

A professor of anthropology, Hammoudi was preparing to study the rituals of the hajj from the closest possible viewpoint — as one of the approximately 2 million Muslims who annually travel to Mecca during a set time period in the Islamic calendar.

But he could not visit the spiritual home of Islam without also taking into account his own responses as someone who was raised in Islamic culture in Morocco, but who was not a practicing Muslim.

The hajj is one of the five pillars of Islam — along with profession of faith, prayer, fasting and alms giving. It is obligatory for every Muslim man or woman, who has the means, to do once in a lifetime. “According to Muslim tradition, the hajj purifies you from sin, puts you on the right path, and brings the mercy of God in you for a good life here and in the hereafter,” said Hammoudi.

The analyses and theoretical ideas generated by the experience of the hajj, which Hammoudi undertook in early 1999, are described in his book, “A Season in Mecca: Narrative of a Pilgrimage,” which became available in English in January. First published in French in 2004, the book last fall earned Hammoudi a Lettre Ulysses Award for the Art of Reportage and a second prize of 30,000 euros ($36,000).

A faculty member at Princeton since 1990, Hammoudi was the founding director of Princeton’s Institute for the Transregional Study of the Contemporary Middle East, North Africa and Central Asia. He has done extensive work on the ethnohistory of Morocco and North Africa, on Muslim rituals within local and larger social and political contexts, and on power relationships in the Maghreb and Arab societies in general. His books include “The Victim and Its Masks” (1993) and “Master and Disciple: The Cultural Foundations of Moroccan Authoritarianism” (1997).

Hammoudi teaches courses on Islamic social and political movements, political anthropology, colonialism and French ethnographic history. He earned undergraduate degrees in philosophy and sociology from University Mohamed V in Rabat, Morocco, and a doctorate in anthropology from the University of Sorbonne in Paris.

Written in the first person, “A Season in Mecca” reads like a novel and is filled with descriptions and personal reflections. It follows a narrative structure, starting with journal entries Hammoudi wrote at his Princeton home before embarking for North Africa and the Middle East, and ending with his departure from Saudi Arabia, which is where Mecca and other sites central to the hajj are located.

Hammoudi said he knew that the project would be “problematic” for him. He explained that much of the tension he felt arose from his dual education — as a child he studied the Qu’ran and Islamic disciplines in Morocco, and then pursued further education in France, which is steeped in the Western secular tradition.

Yet it was precisely this cultural and educational hybridity that he saw as integral to his study of the hajj. “I would not have done this [project] as an anthropologist without that sense of existential risk-taking,” said Hammoudi. “I went as a cultural Muslim with empathy, and also with distance. I went also with the openness to take the risk to revise everything I had lived with until now.”

According to Hammoudi, what was important to his study of the hajj was appreciating that “Islam is not simply a set of ideas for anthropologists and others to write about. It is a very strong form of life undergoing radical change.” He explained that he wanted to get as close as he could to the experience of other Muslims. He was interested in “finding out if the contact between my experience and the experiences of other pilgrims would help me explore new ways of describing and interpreting that are different from classical interpretations as well as discursive or deconstructive approaches, and how this would inform my choice of writing genre.”

In an entry from his journal published in the book, Hammoudi writes: “I have to acknowledge that the motive for my venture isn’t salvation, and perhaps this puts me out of line with most of the pilgrims.” He also states that he is concerned about receiving “solidarity and shared love” from faithful Muslims, which he “cannot return on the same basis.” And while he has studied the rituals associated with the hajj, he writes that he nevertheless was often “worried about the transgressions I might commit.”

Immersed in the experience

Even though the actual rites of the pilgrimage only took a few days, Hammoudi spent two months in the overall process, including preparing for the hajj and registering as a pilgrim. Since the number of people attending the hajj is so vast, the Saudi government assigns quotas to countries to control how many pilgrims attend. In the year Hammoudi went, nearly 30,000 Moroccans were registered.

To immerse himself in the experience, Hammoudi said he “scrupulously did all the rituals.” These included the rite of circumambulation of the Kaaba in Mecca, the run between the rocks of Safa and Marwa and the visit to the station of Arafat. He also participated in the stoning of the pillar that represents Satan, and the sacrifice of sheep.

In his book, Hammoudi gives rich detail of these rituals, interwoven with analyses of larger religious and political issues, as well as his own responses. He describes the strong spiritual and social moods at Arafat, and acknowledges the attraction of the circumambulation — the circling of the Kaaba which usually is undertaken by thousands of pilgrims at a time. “It felt very dangerous and powerful at the same time,” he said. “You are transported, including physically, and sometimes your feet don’t touch the ground. And if there’s a panic, you can be stampeded.” An estimated 250 people were trampled to death during one of the rituals last month near Mecca.

Hammoudi also shares his observations about how these large-scale rites are organized in contemporary Saudi Arabia, which mobilizes security forces both on the ground and in the air to manage the massive influx of people.

Throughout the hajj, Hammoudi followed numerous daily rituals, such as regular prayer, cleansing ablutions and, for the men, donning the ihram, the seamless white shroud that must be worn in Mecca. There also were rules to obey regarding the separation of men and women, rules that are stricter in Saudi Arabia than in Hammoudi’s native Morocco. With such restrictions, Hammoudi said he was only able to get a “glimpse of the experience of women to the hajj.”

In his role as an anthropologist, Hammoudi spoke to several fellow pilgrims about their experiences. In large part, he said he heard from people who were “extremely hopeful” about what it meant to participate. “People were very concerned about doing the right things so that their lives could be saved,” he said. “The hajj brought them back to what they were, what they could be, what they wished to be, and how to organize a good life so that your soul may be saved.” He added that it was also apparent in the circumstances of the hajj that “to many people it is the afterlife that is important,” but that this “did not corroborate the notion often heard in the West that Muslim people only think about death and the afterlife.”

According to Hammoudi, journalistic and academic perceptions of the hajj often focus on “talk about crowds,” and how it is a “powerful, collective experience.” He explained that while these perceptions are realistic, they ignore the individual quality of the pilgrimage. “Some of the literature on Islamic rituals insist on the ‘crowd’ and often refer to the religious experience as the ‘power of the crowd,’” he said. “However, this misses the point that Muslims reflect on religion, on the world and on their morals. Muslims do go back into themselves and give a reckoning of good and bad deeds and ask for pardon. This very personal tone is lost on a lot of writers.”

While much of the hajj was devoted to worship, Hammoudi said everyday life and mundane conversation also were present. Housed with a group of seven Moroccans, he and his fellow pilgrims shopped for food to cook in their apartment, and spent many hours at markets, especially in the city of Medina, which they visited en route to Mecca. In his book, he describes the calm of the pilgrims at prayer in the great mosques as well as the serenity of other places, which offer a welcome respite from the hubbub of the commercial centers selling jewelry, electronics and luggage.

Describing the overall experience of the hajj as “powerful and transformative,” Hammoudi said that it “pushed me to question some of my assumptions.” He is continuing his study of the hajj in his next book, which will focus on the five pillars of Islam, and he also intends to include his experience in his teaching.

“Everything was surprising,” said Hammoudi. “I knew about the rituals, but everything came with a different warp to it. It was a powerful, spiritual transport that my own questioning brought me close to, and that I felt in other Muslims.”