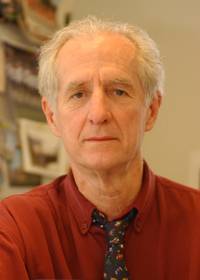 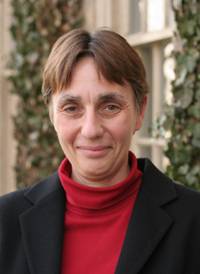 Don Betterton, Princeton's longtime director of undergraduate financial aid, will retire on June 30 and will be succeeded by Robin Moscato, a 23-year member of his staff.

"Don Betterton is one of the most highly respected -- indeed, probably the most highly respected -- financial aid directors in the country," said Dean of the College Nancy Malkiel. "For more than 30 years, he has led the undergraduate financial aid office with consummate professional judgment, outstanding analytic ability and managerial skill, innovative and creative thinking, and the steadiest of hands.

"In recent years, Don has been the architect of Princeton's remarkable financial aid program, widely regarded as the best in the nation," she continued. "Having a strong financial aid program is absolutely essential to enrolling and retaining a highly qualified and diverse student body. We are exceptionally fortunate to have benefited for so long from Don's wonderful colleagueship and wise leadership."

Betterton became director of financial aid in 1974 and has overseen the office during a period of unprecedented growth. In 1973-74, there were 1,612 scholarship students at Princeton receiving a total of $3.4 million. This year, there are 2,375 scholarship students receiving $65 million. The University currently enrolls a record 51 percent of undergraduates on financial aid.

Additional aid innovations that have set Princeton apart from other universities are: a need-blind policy for international students; the removal of the value of the family home in the formula that measures need; and the treatment of family assets in a way that does not penalize parents for saving in a student's name.

The aid office also has made efforts to be more "customer" friendly. Princeton is the only college in the Ivy League that does not charge a fee to apply for financial aid and that offers a simple online "Early Estimator" for families to get a preliminary idea of how much aid they might receive.

Betterton has made contributions to other areas of the University as well. A 1960 Dartmouth graduate and former soccer player there, he has helped coach various Princeton soccer teams since he arrived on campus. His involvement includes coaching the men's junior varsity and freshman teams, starting the women's varsity program and, for the last 15 years, assisting with the men's varsity.

For his leadership of the financial aid office as well as his service to the University, Betterton has received the Marvin Bressler Award for outstanding support of Princeton's athletes and coaches and the Alumni Council award for service to Princeton. He also has been made an honorary member of the classes of 1960 and 2005.

Prior to coming to Princeton, Betterton served on active duty as a naval aviator for eight years, eventually retiring with the rank of captain in the U.S. Naval Reserve.

"It is hard to believe I have been in this position at Princeton for 32 years," Betterton said. "I had thought that five years would be a good length of time to remain in one position, but I seem to have exceeded that limit many times over. I am very proud of what we have been able to accomplish during my tenure in the financial aid office. At the present time I think it is fair to say that, in spite of the high cost of tuition, our aid policies make it possible for any able student to attend Princeton regardless of his or her financial situation, and in most cases to do this without taking out a loan."

Moscato, a 1980 graduate of Rutgers University, joined Princeton's aid office in 1983 as an assistant director. She was promoted to associate director in 1986 and made senior associate director in 2001. She has been responsible for designing and implementing a unique cost-saving online aid application along with a number of processing and reporting systems. Her work to make the operation more efficient has enabled the office to handle a 33 percent increase in student volume without a change in staff size.

Like Betterton, Moscato also serves the University outside of the aid office. From 1991 to 1995, she chaired the Lesbian, Gay, Bisexual Task Force that helped Princeton establish benefits for domestic partners. She currently is a member of the Child Care Working Group appointed by President Shirley M. Tilghman to plan for a significant expansion and improvement of child care at the University. She also serves on the board of directors of the Princeton Friends School.

"Over nearly a quarter century in our financial aid office, Robin Moscato has demonstrated an exceptional capacity to build, lead and innovate," Malkiel said. "As Don Betterton's principal partner, she has participated actively in shaping Princeton's extraordinary financial aid program. She knows the Princeton aid system inside out; she is highly respected in and beyond the financial aid office; and she has an abundant supply of creative imagination, analytic skill, professional judgment and managerial experience. She is exactly the right leader for the next era of financial aid at Princeton."

A national search to fill Moscato's position is under way.

Board approves operating budget for 2002-03