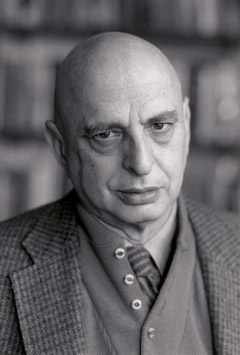 Marvin Bressler, a sociologist specializing in higher education who helped shape undergraduate life at Princeton since the 1960s, died July 7 of complications of heart failure at the Stonebridge at Montgomery retirement community in Skillman, N.J. He was 87.

Bressler, the Roger Williams Straus Professor of Social Sciences Emeritus, taught at Princeton from 1963 to 1993, and he chaired the sociology department for 20 of his 30 years at the University. Additionally, Bressler served on several University committees, including the 1970s Commission on the Future of the College, which he chaired, and he used his expertise in education to help shape public policy.

Among his contributions beyond the University, Bressler served as chair of the academic research and education advisory panel of the General Accountability Office, the investigative arm of Congress, for two decades; served on an advisory committee of the Behavioral Sciences Division of the National Institutes of Health from 1963 to 1968; participated in various state and national commissions on the social role of universities; and took on leadership responsibilities within the American Sociological Association.

On campus, Bressler's teaching and advising, full of wit and wisdom, endeared him to generations of students and younger faculty. The list of Bressler’s prominent academic advisees includes Wendy Kopp, whose 1989 senior thesis laid out the plans for the teaching corps she would go on to create, Teach for America. Bressler's second passion, after teaching, was mentoring the men's basketball team, which he did from the 1960s to this past spring, and his devotion inspired a faculty and staff advising program for all of Princeton's varsity sports teams.

"Marvin is unforgettable," said Gilbert Rozman, Princeton's Musgrave Professor of Sociology, who was a graduate student in the sociology department in the 1960s and joined the faculty in 1970. "He had an uncanny knack of leaving an audience with the sense that you and he were engaged in a vital quest for answers to the questions he was invariably posing. Somehow, his combination of lofty rhetoric and personalized conversational tone had a spellbinding effect. Marvin dazzled you not with his answers but by the way you became engaged in a search that was reassuringly academic in nature.

"The better one knew Marvin, the clearer it became that an even more important service to the Princeton community was his one-on-one mentoring," Rozman said. "He took a deep interest in an extraordinary number of people. Whatever their aspirations or problems, he listened and he cared."

Bressler's research interests included the influence of education on social behavior, the impact of society on idea systems, health care, cultural pluralism and the development of sociological theory. From 1963 to 1967, he was the chair of the Council on Human Relations, an interdepartmental organization for interdisciplinary study and research in the social sciences at Princeton. In addition to heading the sociology department, Bressler sat on the faculty committee of the Program in Teacher Preparation for many years, providing support and advice on the education of secondary school teachers.

Among his many publications, one early major work was the two-volume "Evaluation of the Effectiveness of Education Systems," co-written with Melvin Tumin and published in 1969 by the U.S. Office of Education. Other early works included "Indian Students on an American Campus" (1956), "The Potential Public Uses of the Behavior Sciences" (1967) and "To Suburbia, With Love" (1968). Bressler continued to publish during his academic career and after his retirement; a 1999 article, "Contemporary Sociology: A Quarter Century of Book Reviews," reflected on the state of the discipline.

Bressler ran the sociology department with an "iron fist in a velvet glove," said Viviana Zelizer, Princeton's Lloyd Cotsen '50 Professor of Sociology and a close friend of Bressler's for 35 years.

"He had the charming silk touch and good spirits, told great stories, and was deeply concerned with forming a human connection with faculty, students and staff. But what really shaped the department was an iron fist," she said. "He had a vision and worked hard to achieve it. He cared deeply about building a department that would produce significant work. He succeeded."

Princeton's sociology department has named a conference room and teaching award for graduate students in Bressler's honor. In addition to his regular teaching, he also lectured for alumni groups so frequently that they bestowed him with the 1994 Alumni Council Award for Service to Princeton.

Bressler's impact was felt across the University.

"Marvin was, as anyone who knew him would agree, a great conversationalist -- by far the greatest most of us have ever encountered -- and he combined this with great sensitivity and depth of understanding, and insight and wisdom," said Harold Feiveson, a lecturer and senior research policy analyst in the Woodrow Wilson School of Public and International Affairs, a close friend of Bressler's and a fellow basketball devotee.

"I suspect that no one, perhaps ever, in the University has been a loved mentor to so many students, and now alumni," Feiveson added. "On a more personal note, Marvin was very close to our family -- a regular at our large gatherings, Thanksgivings and Passover Seders, dispensing lots of street wisdom to our kids as they were growing up. An extraordinary man and life."

Bressler also was a model University citizen. As the chair of the Commission on the Future of the College (also known as the Bressler Commission), he led a comprehensive review from 1970 to 1973 of undergraduate education and life at the University, complete with surveys and studies of the student body. Among the commission's areas of study were advising, grade inflation, pass-fail courses and whether Princeton should offer a three-year degree. The commission also reviewed the composition of the student body, residential life and eating clubs in its analysis of the how well the University served its students.

Among the recommendations that were eventually implemented were: renovating and expanding the Third World Center (now the Fields Center for Equality and Cultural Understanding); constructing a central student center; publishing a freshman handbook to ease the transition to college; expanding the curriculum and facilities for artistic study; and adding computer clusters to common areas.

Bressler's affection for the University was evident in his contributions to the 1986 book "Conversations on the Character of Princeton" by William McCleery. He praised the dedication of the alumni, highlighted the interdisciplinary nature of its academics, and reflected on how the University's size and seriousness of purpose helped its research and teaching.

"My views [of Princeton] stand at the intersection of love and irony," Bressler said at the time. "On the one hand, I think our intense self-consciousness, our invincible conviction that we are a chosen instrument of higher purpose, and our insularity, are an invitation to satire. But it is partly because of these excesses that we are able to realize our most ambitious conceits."

Bressler's concern for students, and his ability to make a difference in their lives, was one of his enduring traits. Kopp, CEO and founder of Teach for America, recalls that as her senior thesis adviser, Bressler played a fundamental role in building up her confidence in launching the teaching corps.

"It was clear he loved the possibility the naive young girl he was advising would actually go out and make it happen. It's fair to say that Marvin Bressler enabled and propelled Teach for America before anyone else thought it had the potential to be an important force," Kopp said. "I remember Marvin Bressler for his intimidating intellect, his force of personality, his incredible sense of humor -- but mostly for his love for young people and his belief in their idealism and initiative."

Bressler's involvement with students was also evident in his role as an informal adviser to the varsity men's basketball team, which led Princeton Athletic Director Gary Walters to create the Academic-Athletic Fellows program to link faculty and staff advisers to each varsity team.

Bressler's relationship with the basketball team, beginning in 1964, also resulted in a deep friendship with Hall of Fame coach Pete Carril; Bressler served as the basketball team's academic fellow as recently as this past academic year. The athletics department gives out a Marvin Bressler Award annually for "heartfelt support" of Princeton's athletes and coaches, with Bressler receiving the award in its first year, 1997.

"In my opinion, Professor Bressler was one of the most inspiring academicians at Princeton University in the 20th century, and he continued to serve as an inspiration to people of all races, religions and nationalities until the time of his death," said Walters, a 1967 graduate who was mentored by Bressler as a basketball player. "Ultimately, his legacy will be in the way that those he came in contact with carry forth his sense of justice and fairness into the future."

Born on April 10, 1923, in New York City, Bressler served in the U.S. Army from 1943 to 1946 and received his B.S. in education from Temple University in 1947. He earned master's and doctoral degrees in sociology from the University of Pennsylvania in 1948 and 1952, respectively.

Before joining the University faculty, Bressler taught at the University of Pennsylvania from 1952 to 1957 and at New York University, where he served as chair of the Department of Educational Sociology from 1958 to 1963.

Bressler was predeceased by his wife, Nancy. He is survived by his daughters, Jan Bressler Andreeff and Amy Bressler Nee; and four grandchildren.

A private burial service will be held Friday, July 9. A campus memorial service is being planned for the fall.