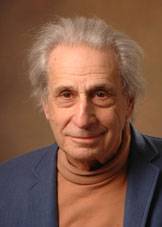 Martin Kruskal, one of the world's pre-eminent applied mathematicians and mathematical physicists, died Dec. 26 in Princeton at age 81.

A scientist at the Princeton Plasma Physics Laboratory and a faculty member at both Princeton University and Rutgers University, he was the recipient of many honors during his lifetime: the National Medal of Science awarded by President Clinton in 1993; the 2006 Steele Prize for Seminal Contribution to Research and the Gibbs Lectureship, both from the American Mathematical Society; the Dannie Heineman Prize from the American Physical Society; and the Maxwell Prize from the International Congress on Industrial and Applied Mathematics. He also was awarded memberships in the National Academy of Sciences and the American Academy of Arts and Sciences, and foreign memberships in the Royal Society of London, the Royal Society of Edinburgh and the Russian Academy of Natural Sciences.

"Martin Kruskal was an outstanding scientist and mathematician who will be remembered for many seminal contributions; he was also an exceptionally generous, friendly and accessible man, whose passing will be mourned by many friends, collaborators and students worldwide," said Ingrid Daubechies, the William R. Kenan Jr. Professor of Mathematics and Applied and Computational Mathematics at Princeton.

After earning his undergraduate degree from the University of Chicago, Kruskal received his Ph.D. under Richard Courant at New York University in 1952. He started his career in 1951 as a research scientist at the Princeton Plasma Physics Laboratory with Project Matterhorn, then a classified project, to produce controlled thermonuclear fusion. In 1959, he was named a senior research associate at the lab and a lecturer in astronomy at the University. He became a professor of astronomy in 1961 and, in 1968, he founded and began chairing the Program in Applied and Computational Mathematics. He was named a professor of mathematics in 1979.

"He was the founder, and for its crucial first decade, the one-man-orchestra director of the Program in Applied and Computational Mathematics at Princeton University, with an unfailing eye for students of great talent who would become famous alumni (such as [Fields Medalist] Ed Witten)," said Daubechies, who led the program from 1997 to 2001.

In the 1950s, Kruskal made a number of seminal contributions including Kruskal-Shafranov Instability, Bernstein-Greene-Kruskal (BGK) Modes and the MHD Energy Principle, which laid the theoretical foundations of controlled nuclear fusion and the then undeveloped field of plasma physics. In 1960, he developed the well-known Kruskal Coordinates (also called Kruskal-Szekeres Coordinates), used in the theory of relativity to explain black holes.

He is most famous for his role in starting the "soliton revolution," considered one of the great mathematical advances of the last half of the 20th century. He and Norman Zabusky discovered nonlinear waves that behave in many ways like linear waves, which they termed "solitons." Solitons are now known to be ubiquitous in nature, from physics to chemistry to biology. Their unique properties make them useful for communications, such as in undersea fiber optic cables, and they have been considered as a basis for computing.

Kruskal and his colleagues also devised an ingenious method to solve the equations underlying solitons, later called the Inverse Scattering Transform (IST), which has had a profound influence on both pure and applied mathematics. Until that time, nonlinear partial differential equations were thought to be essentially unsolvable.

Kruskal's passion for research was legendary. Colleagues who worked with him understood that his day often began in the afternoon and ended when most people were having breakfast. Almost invariably, his research did not end with the proof, but continued until the subject was clarified to his complete satisfaction.

In 1989, he transferred to emeritus status as a professor of mathematics and astrophysical sciences at Princeton. He then joined the mathematics department at Rutgers, where he held the David Hilbert Chair of Mathematics.

"Martin was a brilliant person and mathematician," said Ovidiu Costin, currently professor of mathematics at Ohio State University and earlier a doctoral student and Rutgers faculty colleague of Kruskal. "We shared the pleasure of understanding things deeply. We would spend hours discussing logic, physics and even philosophy. By doing so, he gave me a new vision of mathematics."

In later years, Kruskal devoted himself to the study of surreal numbers, while continuing to work on nonlinear partial differential equations. He also is known among magicians for his invention of a card trick called the "Kruskal Count." Over the years, Kruskal mentored generations of young mathematicians, and he continued teaching and publishing until the end of his life.

"Although Martin traveled widely and taught at Rutgers for [the past 17 years], he continued to attend math and PACM colloquia, and was still very much a presence in Fine Hall," said Philip Holmes, professor of mechanical and aerospace engineering at Princeton, who directed the Program in Applied in Applied and Computational Mathematics from 1994 to 1997. "We shall miss his incisive wit and penetrating questions, and we'll do our best to keep the program he nurtured in good working order."

Kruskal came from a family of mathematical siblings. His older brother, William Kruskal, was a statistician, best known to the public for the Kruskal-Wallis test, which is part of every major statistical computation system. His younger brother, Joseph Kruskal, is well known for Kruskal's Algorithm in computer science, the Kruskal Tree Theorem on well-quasi-orderings and the formulation of multidimensional scaling.

Martin Kruskal is survived by his wife of 56 years, Laura Kruskal; three children, Karen, Kerry and Clyde; and five grandchildren.

"His energy and enthusiasm for mathematics, for applications of mathematics, for mathematical thinking under any form and for life, in general, were infectious as well as legendary, and many lives were touched and enriched by them," Daubechies said. "We have lost a great man, but he left a great legacy for us to celebrate."