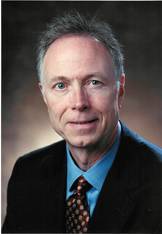 The School of Engineering and Applied Science has named Greg Olsen, a pioneer in the sensors industry and in space travel, as its first "entrepreneur-in-residence."

The position gives students and faculty members access to advice and ideas from a highly successful business founder and adds momentum to the growing number of entrepreneurial activities at the school, said Dean H. Vincent Poor.

Olsen said that a company he cofounded, Sensors Unlimited, benefited greatly during its early days from collaborations with Princeton's researchers in material science. Christopher Dries, who received his Ph.D. from Princeton, went on to become the vice president of research and development at Sensors, which is located in Princeton.

"Sensors Unlimited got a lot of help from Princeton, and there is a nice trade going on already between Princeton and entrepreneurship," Olsen said. "I just want to keep that going."

Sensors Unlimited developed optoelectronic devices such as sensitive near-infrared and shortwave-infrared cameras for NASA and other clients. The Goodrich Corp., a Fortune 500 aerospace and defense company, acquired Sensors in 2005 for $60 million.

Olsen's appointment is with Princeton's Center for Innovation in Engineering Education, in collaboration with the Princeton Institute for the Science and Technology of Materials (PRISM).

Olsen went into space in October 2005 as one of the world's first private citizens to become a self-funded astronaut. He traveled on a Russian Soyuz rocket for a 10-day visit to the International Space Station. Since then he has been devoting much of his time encouraging American students to pursue careers in science and engineering.

Olsen graduated from Fairleigh Dickinson with two bachelor's degrees and went on to the University of Virginia for his doctorate in materials science. He was a research scientist at the University of Port Elizabeth in South Africa and then at RCA Laboratories (now Sarnoff), where he developed a photodetector made of the exotic metals indium-gallium-arsenide.

Although he lacked business experience, Olsen thought he could produce detectors faster and more cheaply than RCA could. So in 1984 he cofounded his first company, Epitaxx, which manufactured emitters and detectors for fiber optics.

"I just sort of morphed from being a bench research scientist into an entrepreneur," he said.

His new position at Princeton is itself entrepreneurial. "Since this is the first time we have had an entrepreneur-in-residence, Greg will be defining the position," said Poor. "He is such an agile and innovative thinker that we have great expectations."

Olsen said that he would be making himself available to University researchers and students to offer one-on-one advice.

Princeton professors elected to the National Academy of Engineering