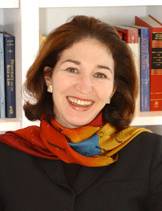 Anne-Marie Slaughter has resigned as dean of the Woodrow Wilson School of Public and International Affairs to become director of the policy planning staff at the U.S. State Department.

Slaughter, who also is the Bert G. Kerstetter '66 University Professor of Politics and International Affairs at Princeton, will remain a faculty member and take a public service leave from the University.

Acting Associate Dean Mark Watson, a professor of economics and public affairs, will serve as interim dean. President Shirley M. Tilghman will begin a search for a new dean in the coming weeks.

"It goes without saying that we wish Anne-Marie well in the nation's service in the Obama administration, and we will eagerly welcome her back when her term is finished," Tilghman said. "Her legacy is a Woodrow Wilson School that has not just sustained its reputation as an academic powerhouse, but it has become a stronger and more influential school of public policy and international affairs."

Watson, the Howard Harrison and Gabrielle Snyder Beck Professor of Economics and Public Affairs, said, "We will miss Anne-Marie tremendously -- her friendship, her collegiality and her leadership. She has encouraged students and faculty to serve their country, and she is a fine example of the University's informal motto, 'Princeton in the Nation's Service [and in the Service of All Nations].' The University's loss is the country's gain. We wish her all the best in her new post, and we look forward to her return to Princeton following her public service."

Slaughter, who will report directly to Secretary of State Hillary Clinton, will be the first woman director of the policy planning staff in the department's history. Renowned diplomat and scholar George Kennan, a 1925 Princeton alumnus, created the office in 1947 and was its first director.

Slaughter, a 1980 Princeton alumna who majored in the Wilson School, became its dean in September 2002. She is credited with rebuilding the international relations faculty of the school, and she increased the size of the faculty from 66 to 82 tenured or tenure-track scholars -- strengthening traditional research capacity and teaching expertise in public and international affairs while expanding to other disciplines relevant to public policy, including history and the sciences.

Slaughter oversaw the creation of new research centers and programs while serving as dean, including the Niehaus Center for Globalization and Governance; the Princeton-Harvard China and the World Program; the Policy Research Institute for the Region; and Institutions for Fragile States. She was also the convener and academic co-chair, with Woodrow Wilson School Professor John Ikenberry, of the Princeton Project on National Security, a multi-year research project aimed at developing a new bipartisan national security strategy for the United States.

"Leading this great school has been a privilege and a wonderful experience," said Slaughter. "I have loved being dean and loved being part of Shirley Tilghman's team. I am grateful and excited for the chance to join our many graduates in government service at a major crossroads in the nation's history. But I leave a remarkable community of colleagues and friends."

Slaughter's most recent books are "The Idea That Is America: Keeping Faith With Our Values in a Dangerous World" (Basic Books, 2007), and "A New World Order" (Princeton University Press, 2004).

She received her M.Phil. and D.Phil. degrees in international relations from Oxford University in 1982 and 1992, respectively, and her law degree from Harvard Law School in 1985. She is married to Andrew Moravcsik, a professor in Princeton's politics department and the Woodrow Wilson School, who will remain on the faculty full time; they have two sons.