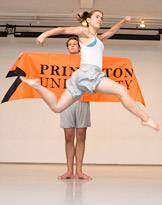 An ensemble of Princeton dancers will accompany the world premiere of Russian composer Sergei Prokofiev's "Music for Athletes" Friday, July 17, in Richardson Auditorium, Alexander Hall. Peter Schram and Elizabeth Schwall, members of the class of 2009, are featured in the performance. Created in 1939 to honor Soviet athletic superiority, the piece has been reimagined to instead pay homage to Princeton. Photo: Brian Wilson 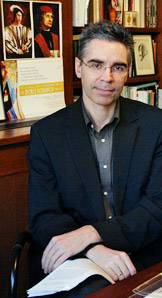 Simon Morrison, a Princeton professor of music and a leading authority on Prokofiev, uncovered "Music for Athletes" in 2006 at the Russian State Archive of Literature and Art and has restored the composition for its debut at the University. Photo: Denise Applewhite

The composition -- lost amid Soviet-era political tumult but uncovered by Morrison during research for his book on Prokofiev -- will be performed by acclaimed Russian pianist Ilya Itin as part of a program titled "Prokofiev Old and New: From Beloved to Unknown."

A dance ensemble of Princeton students and recent graduates will accompany Itin's performance of "Music for Athletes." Choreographer Jennie Scholick, a member of the class of 2009 who is featured in the ensemble, has reimagined the original homage to Russian superiority to create a modern, whimsical focus on Princeton. 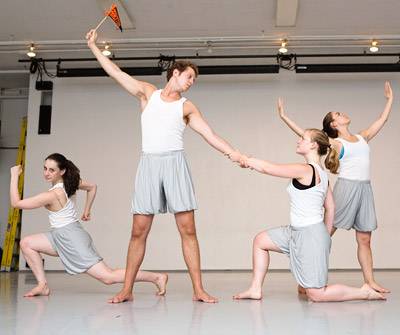 Morrison, a professor of music, came across "Music for Athletes" in Moscow in 2006 at the Russian State Archive of Literature and Art while researching his recently published book on Prokofiev, titled "The People's Artist." The concert will open with a lecture on the significance of this finding and its historical context delivered by Adrienne Sirken, a pianist and creative partner with the event's sponsor, the Golandsky Institute, a training center for pianists and other musicians.

"Prokofiev's 'Music for Athletes' is cheerful, sardonic music composed for a scary political cause: a Stalinist (totalitarian) display of the physical prowess of Soviet youth," Morrison said. "Prokofiev composed it in 1939 as a favor to the eminent Russian theater director Vsevolod Meyerhold, the intended choreographer. Meyerhold was arrested while the performance was being prepared in Leningrad (he was in political trouble at the time of the commission). What survives of the aborted project is a messy handwritten manuscript in the Russian State Archive of Literature and Art and some performance instructions."

Morrison readied the music for performance with the assistance of graduate student Laura Hedden and with permission of the Prokofiev estate in Paris. While the score will be performed on piano, Prokofiev also provided some instructions for its orchestration, a project Morrison plans to pursue in the future.

The score, he said, "comprises a fanfare, some waltz-like numbers and some 'action' music for mock hand-to-hand combat, tumbling, banner waving and choreographic patterns in unison and counterpoint. ... It's all good fun, despite the context of its creation. Jennie Scholick has done a fabulous job fashioning choreography for it."

Working from a score originally intended for an athletic/gymnastic demonstration with 30,000 Soviet athletes, Scholick put a Princeton twist on the piece. In addition to replacing the Soviet banner with a Princeton banner, "our costumes will be black tops with an orange star, as opposed to a red star, and where greetings would have been shouted out to Stalin and the tovarishchi (comrades) in attendance, we will greet Old Nassau," she said.

The performance of "Music for Athletes" marks the third time Morrison has spearheaded a world premiere production of a lost Prokofiev work at Princeton. A vast collaboration of scholars, students and artists mounted a 2007 production of "Boris Godunov," inspired by Meyerhold's unrealized version of Alexander Pushkin's classic historical play. That performance featured a score by Prokofiev that was commissioned by Meyerhold but had never been performed live. A recreation of Prokofiev's great lost ballet, "Le Pas d'Acier" ("The Steel Step"), was mounted at the University in 2005.

In addition to "Music for Athletes," the concert will include Itin's performance of Prokofiev's original piano version of his most beloved work, "Peter and the Wolf," narrated by Pulitzer prize-winning poet Paul Muldoon, chair of the University's Lewis Center for the Arts. Itin will conclude the concert with Prokofiev's Seventh Piano Sonata.

The concert is part of the Golandsky Institute's annual Summer Symposium and International Piano Festival held at the University. Tickets are $35 for one adult, $30 for two or more adults and $15 for children under 18. They are available through the institute's website. 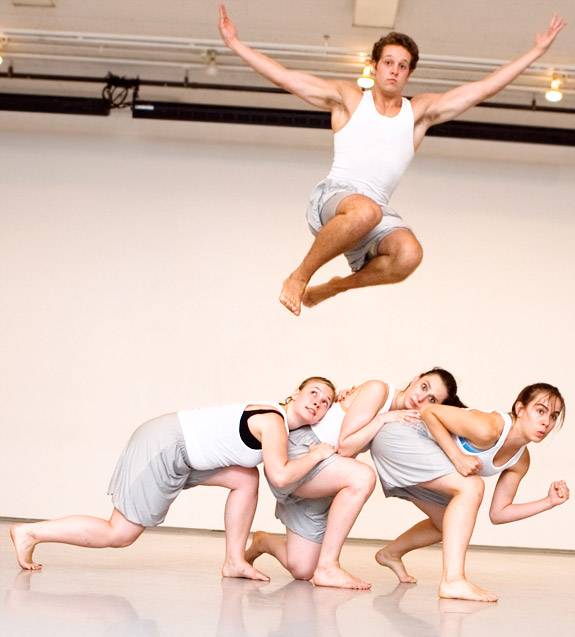 Kelsey Berry (left), a member of the class of 2010, and Jennie Scholick (center), a 2009 graduate who choreographed the action-packed production, join Schram and Schwall in the ensemble. (Photo: Brian Wilson)