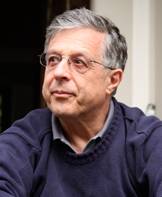 Roberto Car, the Ralph W. Dornte *31 Professor in Chemistry at Princeton and a faculty fellow of the Princeton Center for Theoretical Science, has been named a winner of the 2009 Dirac Medal for his significant contributions to physics.

Car was recognized for his groundbreaking work that builds on the fundamental laws governing the interactions of electrons and nuclei and helps predict the behavior of complex molecules and materials.

The Abdus Salam International Centre for Theoretical Physics (ICTP) in Trieste, Italy, will award the Dirac Medal to Car and Michele Parrinello, a professor in the Department of Chemistry and Applied Biosciences at Universita della Svizzera Italiana in Lugano, Switzerland, for co-developing the theory of "ab-initio molecular dynamics." The theory, written by the scientists in 1985, is widely used in theoretical computations of numerous problems in physics and chemistry.

Their approach, which has become known as the Car-Parrinello Method, combines quantitative electronic energy calculations, via a theory known as Density Functional Theory, with Newtonian molecular dynamics simulations. The method has provided an important quantitative understanding of the properties of matter, while also allowing scientists and nonscientists alike to visualize atoms in motion during physical and chemical processes.

The award is given in honor of the English physicist Paul Dirac and is announced annually on his birthday, Aug. 8. The medalists also receive a prize of $5,000.

An award ceremony will be held in early 2010.