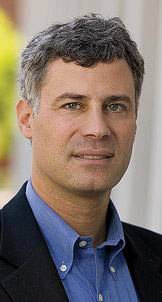 An analysis of public opinion polls and terrorist activity in 143 pairs of countries has shown for the first time that when people in one country hold negative views toward the leadership and policies of another, terrorist acts are more likely to be carried out.

Princeton University economist Alan Krueger and co-author Jitka Malečková of Charles University in the Czech Republic have found that there is a strong relationship between attitudes expressed toward a foreign country -- indicated in surveys on foreign leaders' performance -- and the occurrence of terrorism against that country. The research is detailed in the Sept. 18 issue of the journal Science.

"Public opinion appears to be a useful predictor of terrorist activity," said Krueger, the Bendheim Professor in Economics and Public Policy. He has held a joint appointment since 1987 in Princeton's Department of Economics and the Woodrow Wilson School of Public and International Affairs. "This is the first study to relate public opinion across countries to concrete actions such as terrorism," he added.

The researchers carried out their study by mining public opinion polls of residents in 19 countries in the Middle East and northern Africa conducted by Gallup. Respondents were asked whether they approved of the job performance of the leaders of nine large countries. Those countries, selected because they are world powers in terms of size, population or military strength, are the United States, Canada, China, France, Germany, India, Japan, Russia and the United Kingdom. The opinions, both positive and negative, were then linked to the number of terrorist attacks conducted against the nine world powers by people from the 19 countries between 2004 and 2008. The terror attacks were compiled by the National Counterterrorism Center.

In findings that are consistent with his earlier work, Krueger said there is not a direct connection between poverty and terrorism, contrary to a popular view. Economic status has more to do with target countries than it does with the states where the attacks originate, according to Krueger. Countries with advanced economies as well as a high degree of civil liberties, he said, are most likely to be the targets of terrorism.

The study does not explain whether terrorists act in response to public opinion or whether they are simply reacting just like the larger public to external events, he noted. In either case, however, he noted that public opinion surveys can provide a powerful indication of the likelihood of terrorist activity.

Extending the analysis, the researchers proposed that new leadership and policies in a country -- such as the election of President Barack Obama in the United States -- might change opinions in other countries and alter terrorist activity.

Krueger has published many papers about the origins of terrorism, and he has urged terrorism experts to apply the rigorous techniques of social science to questions concerning terrorism and its effects.

Krueger is currently on leave from Princeton, working as the assistant secretary for economic policy and chief economist at the U.S. Department of Treasury. The research was conducted while Krueger was at Princeton and submitted before he assumed his position with the government. The contents of the paper do not necessarily reflect the views of the U.S. government.

Work on the project was partly supported by a grant from the European Commission to the European Security Economics project.