Alan B. Krueger, an esteemed labor economist who advised Bill Clinton and Barack Obama during their presidencies, died March 16. He was 58. 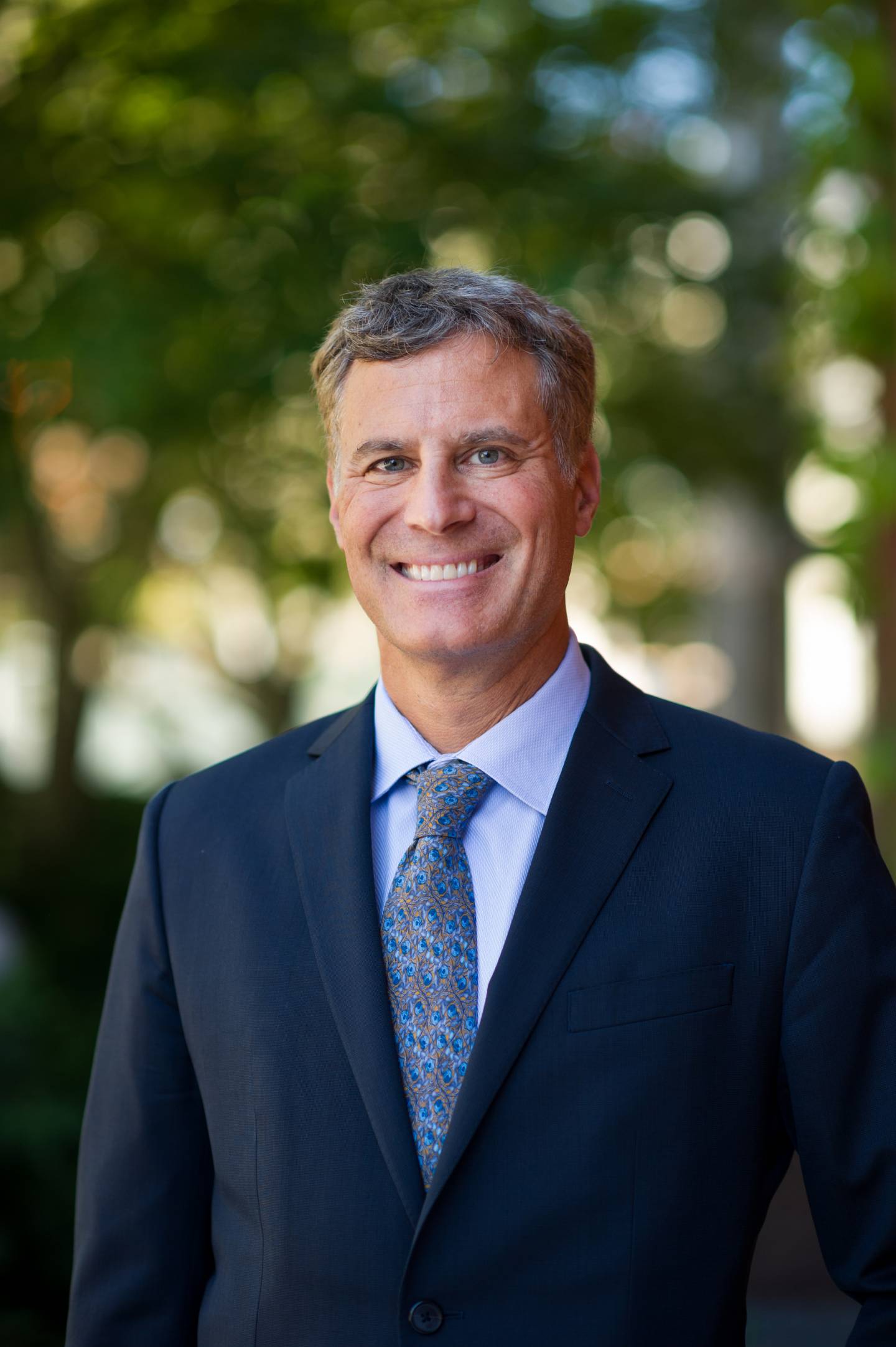 A pioneer in his field, Krueger shepherded the empirical revolution in economics, using data to tackle some of the country’s toughest quandaries. He brought this approach into the classroom at Princeton, where he educated and inspired hundreds of students in his more than 30-year teaching tenure.

“Alan Krueger was an extraordinary economist and a valued colleague,” said Christopher L. Eisgruber, Princeton University president. “His brilliant scholarship illuminated many topics, including the value of a college education to students from underrepresented groups. We will miss him greatly.”

Krueger, the James Madison Professor of Political Economy, joined Princeton in 1987 and was jointly appointed by the Department of Economics and the Woodrow Wilson School of Public and International Affairs. He was the founding director of the Princeton University Survey Research Center.

“Having known Alan for many years, this is a personal loss for me, as I know it is for so many others,” said Cecilia Rouse, dean of the Woodrow Wilson School and the Lawrence and Shirley Katzman and Lewis and Anna Ernst Professor in the Economics of Education and professor of economics and public affairs. “Alan changed the field of economics with his innovative empirical approaches to studying a wide range of topics — from the minimum wage and education, to terrorism and ticket prices at rock concerts. He also was a diligent and dedicated public servant, a true embodiment of our school’s mission. This is an extremely sad loss for our community.”

Krueger dedicated his career to making sure the economy worked for everyone, not just those at the top. He was part of a new breed of economists who rooted their work in both empirical data and theory. Whenever there was a central economics debate, Krueger was there, armed with data and evidence, his colleagues said. He worked on the important questions, and, in his work, he defined the important questions.

He is perhaps most well-known for his work with economists Lawrence Katz and David Card on the effects of the minimum wage. Using fast-food restaurant data from New Jersey and Pennsylvania, Krueger and Card found that higher minimum wages did not affect job creation or hiring. This study and other work with Katz have impacted millions of American workers.

Some of his earlier education-related research looked at how school quality affects outcomes, especially for low-income students. His more recent work investigated the influence of the gig economy — like drivers for Uber or Lyft — on the national economy, as well as underemployment among males in the United States. He also examined the opioid crisis’s effect on the labor force.

Krueger’s research even extended into seemingly unlikely topics like pop music, where he found an increasing wealth gap after analyzing ticket sales. He had written a book on the subject titled “A Backstage Tour of What the Music Industry Can Teach Us About Economics and Life,” which is set to publish in June.

“Alan was the rare academic who could do it all: brilliant researcher, great teacher, fantastic adviser and accomplished public servant. His passing is a devastating loss for all of us,” said Wolfgang Pesendorfer, the Theodore A. Wells ’29 Professor of Economics and chair of Princeton’s Department of Economics.

“He had such remarkable range and breadth. He seemed to be good at everything,” said Alan Blinder, the Gordon S. Rentschler Memorial Professor of Economics and Public Affairs. “He had an ability to sniff out good research questions and the technical ability to then get answers. He was one of the top economists of his generation, and it's just a tragedy beyond words that he's gone.”

Krueger was grateful for the opportunity to serve the country, especially as it was recovering from one of its worst economic crises, the Great Recession. President Obama called Krueger the “driving force” behind many of the economic polices he was proposing. Obama also said Krueger was one of his “most trusted advisers on economic policy and a good friend.”

Under Obama, Krueger came up with the “Great Gatsby Curve,” which has been popularized in the field of economics. The curve showed that, through generations, high economic inequality was correlated with low economic mobility.

When Krueger would return to Princeton from his stints in Washington, he brought this intellectual energy with him. In the classroom, he told vivid stories with data and statistical models, making difficult topics interesting and relevant. Equipped with firsthand knowledge, he educated generations of students on the intricacies of the U.S. economy. He is remembered for his contagious enthusiasm and sense of purpose.

Alex Mas, the William S. Tod Professor of Economics and Public Affairs at Princeton, said Krueger is the reason he became a labor economist.

“Alan was my teacher, adviser, mentor, friend, colleague and collaborator. From the first day I had him as a teacher, I knew this was my calling. What he taught me about credible research design, the importance of data and evidence, his sense of purpose, all had a profound impact on my own trajectory, as well as many other students,” Mas said.

As an adviser, Krueger would often respond to students quickly, even if it was in the evenings. If a student was struggling with an analysis, he could diagnose the problem easily — sometimes within seconds.

Diane Whitmore Schanzenbach, a former student of Krueger’s who graduated in 2002 with her Ph.D. from Princeton’s Department of Economics, said she was honored to be among one of Alan’s dissertation students in the Industrial Relations Section at Princeton. Now the Margaret Walker Alexander Professor of Social Policy at Northwestern University, Schanzenbach came to Princeton specifically to study with Krueger.

“Alan’s mind was incredible; he was creative and insightful and so strongly on the side of seeking truth, even if it meant admitting to mistakes,” Schanzenbach said. “Once I had some preliminary results that would have meant that one of his papers was incorrect. I’ll never forget his response: he told me to double and triple check the analysis, and if it was correct then we would release it (and retract the earlier work) because we were on the side of truth.”

Krueger’s groundbreaking work was recognized with numerous awards throughout his career. He was named a Sloan Fellow in Economics in 1992 and a National Bureau of Economics Research Olin Fellow in 1989 to 1990. He also was elected a fellow of the Econometric Society in 1996 and a fellow of the Society of Labor Economists in 2005.

In 1997, Krueger was awarded the Kershaw Prize by the Association for Public Policy and Management for “distinguished contributions to public policy analysis by someone under the age of 40.” He also received the Mahalanobis Memorial Medal by the Indian Econometric Society in 2001.

Academics and the public benefited from Krueger’s work through his publications. He was the author or co-author of a number of books, including: “What Makes a Terrorist: Economics and the Roots of Terrorism and Education Matters: A Selection of Essays on Education”; “Myth and Measurement: The New Economics of the Minimum Wage”; and “Inequality in America: What Role for Human Capital Policies?” From 2000 to 2006, he was a regular contributor to the “Economic Scene” column in The New York Times.

Krueger, who was born in Livingston, New Jersey, received a bachelor's degree from Cornell University’s School of Industrial and Labor Relations in 1983 and a doctorate in economics from Harvard University in 1987.

View or share comments on a blog intended to honor Krueger's life and legacy.

University Health Services offers counseling and psychological services for those in need. All counseling services are completely confidential.

The National Suicide Prevention Lifeline provides 24/7 free and confidential support for people in distress, prevention and crisis resources for you or your loved ones, and best practices for professionals. If you are in distress, or believe a loved one is in distress, please reach out to 1-800-273-8255.