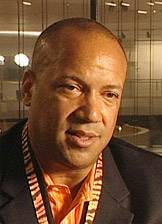 Among the activities planned for the 700 alumni expected to return to campus for the Oct. 22-24 "Coming Back and Moving Forward" conference is a screening of a documentary, "Looking Forward: Reflections of Black Princeton Alumni." The video, produced by Melvin McCray, a member of Princeton's class of 1974, is based on interviews from the 2006 conference, "Coming Back and Looking Forward." Ken Bruce (above), a member of the class of 1983 and a past president of the Association of Black Princeton Alumni, was one of those interviewed. During his time at Princeton, Bruce says, "I became more comfortable with taking responsibility for things that happened around me and to me."

More than 700 black Princeton alumni plan to return to campus for the "Coming Back and Moving Forward" conference Thursday through Saturday, Oct. 22-24.

In a letter to invitees, Princeton President Shirley M. Tilghman welcomed black alumni back to campus "to reflect on your experience at Princeton and explore the progress we have made since many of you gathered here three years ago for 'Coming Back and Looking Forward.' This fall's conference, 'Coming Back and Moving Forward,' builds on those conversations and highlights the steps we have taken to ensure that the study of race, the promotion of racial understanding and the empowerment of students and faculty of color are an essential part of what defines us as a University." 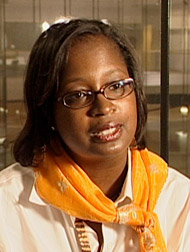 Debbie Scott Williams, a member of the class of 1984, says in the video, "Princeton has changed me for the better, to make me see that there are possibilities everywhere -- if you are willing to look for those, if you're willing to work for those."

This year's event, which is open only to invited guests, will feature discussions and panels with Princeton alumni, faculty and administrators. Topics will range from University-related matters such as student life, diversity efforts, alumni engagement and a conversation with Tilghman to broader subjects such as President Barack Obama and blackness in America, the U.S. financial crisis, the arts and entrepreneurship. 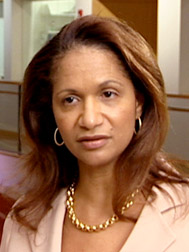 Monica Dweck, a member of the class of 1976 who works as a surgeon, also is featured in the documentary. "In my field, which is a very male field, which is a very white field, for me to be a woman of color at the time that I was entering medicine was unusual," she says. "To be a women of color to enter the specialty that I have chosen, I think Princeton has helped with all of that."

Melvin McCray, a member of Princeton's class of 1974, will screen his documentary, "Looking Forward: Reflections of Black Princeton Alumni," which is based on interviews from the 2006 conference. The video will be available for viewing online by next week.

Conference attendees also will interact with current students and celebrate the new home of the Fields Center for Equality and Cultural Understanding and Community House at 58 Prospect Ave. Entertainment will be provided by several student performance groups as well as alumni and faculty artists.

Portions of the conference will be taped and made available on the WebMedia site.

The conference was planned by the Office of the Alumni Association in consultation with alumni volunteer leaders, including those from the Association of Black Princeton Alumni. 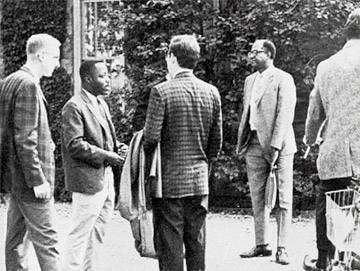 The video also explores the history of African Americans at Princeton, including Carl Fields (at right), who came to Princeton in 1964 and was named the first African American dean in the Ivy League in 1968. The University's Third World Center was renamed in his honor in 2002.