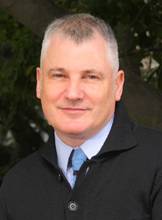 Title: Rosengarten Professor of Modern and Contemporary History; professor of history and international affairs in the Woodrow Wilson School of Public and International Affairs

Scholarly focus: Kotkin's research interests include authoritarianism, dictatorship, institutions and power, geopolitics and global history. His new book is "Uncivil Society: 1989 and the Implosion of the Communist Establishment" (with a contribution by Princeton historian Jan Gross).

Why is 1989 such an important date for the collapse of communism?

There are two basic stories about 1989. One is a story of freedom: The wall in Berlin is breached; freedom-wanting crowds surge through; Beethoven's "Ode to Joy" is played in front of the liberated Brandenburg Gate; the heroic intellectuals (dissidents) lead the way, having stood up against communism. This freedom story is popular in the United States.

The other story is the story of stolen revolution. That's about how after 1989 the old communist elites are still in positions of political power, they own a lot of the property and businesses -- in a word, they stole the 1989 revolution. That interpretation is popular in Eastern Europe.

Why do you call the book "Uncivil Society," and how and why did Soviet-style communism collapse in 1989?

Let's remember, the intellectuals who were heroic in 1989 were heroic in 1979 and in 1985, and the collapse didn't happen then; crowds massed at various points of time in Eastern Europe, and it didn't bring down communism then. So, why did it happen in 1989?

We set out four basic factors. Communism existed solely as an alternative to capitalism, meaning if communist systems were not superior to capitalism they had no reason to exist. So these regimes were in a competition with Western countries -- it was about who lived better, whose way of life was superior to the other. The communists not only lost that competition, they were crushed in that competition.

To be sure, the communist establishments had what they thought was a trick up their sleeves. In 1970 in Poland under Edward Gierek, and East Germany under Walter Ulbricht, communist establishments began to borrow money in foreign currencies. The thinking was that if the East borrowed the money, they could import technology, transform their domestic industry and produce goods that could then be exported to the West (to pay off their loans). It was going to be a leap. Unfortunately it didn't work. They had little to sell for hard currency. The only way they could pay back the foreign currency loans was to take more foreign currency loans. This could be called "the kiss of debt." The East European economies became a kind of Ponzi scheme, using new loans to pay back the old loans. This contributed to their demoralization: Not only were they falling further behind capitalism, they were utterly dependent on the capitalists.

The third factor is of course Mikhail Gorbachev, who rises to power in the Kremlin in 1985 and at the end of 1988 at the U.N. -- after a series of internal Soviet reforms -- pronounces an end to what's called the Brezhnev Doctrine, which is the Soviet guarantee to uphold the East European satellite states. The Soviet Union has at that time more than 600,000 troops stationed in Eastern Europe, it has protected these communist regimes time and time again, but this time Gorbachev is telling the whole world that Eastern Europe is on its own. Suddenly, these bankrupt, demoralized Ponzi-scheme regimes are left naked in front of their populations. They will collapse within months.

Fourth and finally, various events, including people taking to the streets, triggers a political bank run on the regimes. When tested, the demoralized, bankrupt uncivil societies end up giving up the ghost. In China, in June 1989, 1 million protesters gathered in Tiananmen Square, but the establishment in China cracks down. Twenty years later the communist regime in China remains in power.

What was the political leadership like in Eastern European states during this time?

Unfortunately for the communist system, they had a process of elite promotion that we call "negative selection." Negative selection is a kind of anti-meritocracy: If you're dumb and incompetent you have a better chance of getting promoted because you won't be smart enough to take away the job of your boss. So, the communists were left with an elite that was not very competent, and yet supposed to make all the decisions, since there was little legal private business. Incompetence was structural in the communist case.

How does history inform us today about Eastern Europe or Russian politics, or Russia's current or future relations with the region?

Eastern Europe is today what it has always been: a strip between German power and Russian power. German power is utterly transformed. This is one of the reasons that communism lost because after World War II, West Germany became a leading light in the democratic world and a robust market economy. German power was the anchor in many ways for the formation of the European Union, and accession to the EU was the key factor in transforming Eastern European institutions into rule-of-law democracies after 1989.

The EU is not a cultural club; you don't get in because you're culturally European. Russia is European in culture, just as Ukraine is, but neither Russia nor Ukraine is Western in terms of institutions. (Japan is Western but not European in culture.) The European Union is a club based on institutions -- it's about rule of law, protection of civil liberties, democracy. Eastern Europe had the opportunity of accession to this club, and that prospect was crucial for compelling institutional transformations.

But in relation to Russian power, Eastern Europe has still not figured out a modus vivendi. The reality is Russia is not going away, and it is what it is. The countries of Eastern Europe need to figure out how to live with Russian power. Already we see many of them taking advantage of proximity to the huge Russian market, but the politics remain fraught.