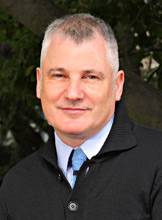 The apparent attack on a Malaysian airliner over eastern Ukraine has raised numerous questions about the region, its fighting forces and strategies going forward.

We sat down with Stephen Kotkin, the John P. Birkelund '52 Professor in History and International Affairs at Princeton University's Woodrow Wilson School of Public and International Affairs, to discuss what's happening in Ukraine and what it may mean for the future. A scholar of modern authoritarian regimes and Soviet-Eurasian history, Kotkin led the University's Program in Russian, East European and Eurasian Studies for more than a decade.

Question: What are the early lessons of the destruction of the Malaysian civilian airliner over the airspace of eastern Ukraine?

Answer: The tragedy has further exposed the indefensibility and incoherence of Russia's policy. Putin appears to reason thusly: the United States and the European Union are supporting the pro-Western government in Kiev, politically and militarily, and Russia is only doing the same in eastern Ukraine. In Putin's mind, the United States and the European Union are hypocrites; they demand he stop supporting separatists in Ukraine, but the NATO allies in return do not offer to desist from supporting the government in Kiev. So, as long as the West was continuing its support, Putin would back the armed separatists, albeit while denying he has been doing so, to make the rebellion seem homegrown. The shooting down of the civilian airliner has made Putin's policy — already failing — untenable.

Q: What exactly is happening in Ukraine?

A: After Russia annexed Crimea, the Russian government — despite its denials — funded, armed and trained paramilitaries in eastern Ukraine, who launched an armed rebellion with the aid of not-so-undercover Russian special forces in the hopes of joining eastern Ukraine to Russia or at least destabilizing the country. All of Ukraine was already suffering profound self-created problems — breathtaking political corruption; an utterly unreformed economy — but the ethnic-political division of Ukraine had been the least of the country's worries. In fact, in a surprise for many analysts, Russia's deliberate inflammation of ethnic and political divisions has not led to an irreconcilable domestic split. Eastern Ukraine has several majority ethnic Russian areas, and many ethnic Ukrainians in the region speak Russian as their first or predominant language, but sentiment for breaking off and joining Russia is generally weak. In fact, the Russian annexation of Crimea unwittingly rendered the rest of Ukraine more Ukrainian, ethnically and politically.

Q: Does the civilian population of eastern Ukraine not support the separatist rebels?

A: The population of eastern Ukraine is mostly disgusted by the misrule out of the capital Kiev — who would not be? — but that does not mean they want to change countries or that they support redress through armed rebellion. The civilian populace generally abhors the violence. And they are mostly not in favor of Russian annexation or even independence on a regional level. They would like to see greater devolution of authority from Kiev to regionally elected officials as a step toward hoped-for better, more accountable governance.

Q: What is Russian President Vladimir Putin's strategy in Ukraine?

A: Putin seems to have discovered, against his own assumptions, that eastern Ukraine, in sentiment, is not a long lost piece of Russia. The core tenet of his improvised policy has become a false equivalency. The Russian government calls for cease fires, dialogue and negotiations between the "two sides." But one side is the democratically elected government of Ukraine in Kiev; the other "side" consists of paramilitaries and special forces, many not even Ukrainian citizens, who were never elected and represent no one other than themselves and their Kremlin backers. It is fundamentally misguided for political figures in Europe and elsewhere to parrot the Russian government's calls for negotiations among "the two sides." It is also misguided to assert that the armed rebellion has supposedly spun out of the Kremlin's control, or that it could not be shut down without fatal damage to Putin's image inside Russia.

Q: What should the United States and its allies do?

• Relentlessly press the international investigation of the airliner's destruction, with or without Russia's support.
• Continue to support politically the Ukrainian government in its efforts to crush the armed rebellion on its territory.
• Firmly push the Ukrainian government to honor its promised devolution of some authority to the regions, including to eastern Ukraine.
• Demand that the money stolen by Ukrainian government officials — under pro-Western as well as pro-Russian regimes — be accounted for and, where possible, repatriated from foreign bank accounts.

It would be a mistake to have Ukraine pledge, under Russian pressure, never to join the European Union or NATO, even though Ukraine has no prospects of being admitted to either body. Conversely, it would also be a mistake, in angry defiance of Russia, to play-act a European Union or even NATO accession process for Ukraine, or to supply the Ukrainian government with U.S. offensive weapons.