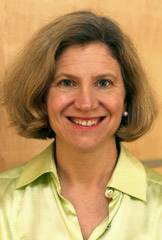 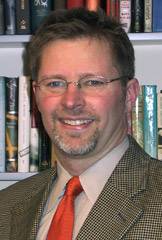 "For some time now I have been looking forward to taking on new challenges," McDonald said. "With the campaign in very good shape and an excellent successor in place, this feels like the right time to pass the baton. I look forward to the opportunities I will now have to participate actively in the final 28 months of the campaign as a volunteer, and as a strong supporter of Liz and the rest of our very effective development team."

In announcing Wood's appointment, President Shirley M. Tilghman said, "I am deeply grateful to Brian for his inspired leadership of the development program at Princeton and of the Aspire Campaign, and I wish him every success wherever his exceptional talents and energies lead him. At the same time, I have enormous respect and admiration for Liz Wood, and I look forward to working with her in attracting the financial resources that Princeton requires to fulfill its highest aspirations for undergraduate education, graduate education and research. Brian has positioned us well to achieve the critically important goals of the campaign, and I have every confidence that Liz is exactly the right person to see us through to a successful conclusion."

Wood first came to Princeton in 1995 as a senior associate director of leadership gifts during the Anniversary Campaign for Princeton. In 2001 she left to become the chief development officer for the Cancer Institute of New Jersey, and then in 2005 she returned to Princeton to oversee what was then the Office of Principal Gifts. In 2008 she was promoted to the position of assistant vice president of development for capital giving. Prior to her work at Princeton, Wood served on the development staffs of Harvard and Brown universities. She is a magna cum laude graduate of Amherst College and lives in Princeton with her husband and two children.

"I am delighted to have the opportunity to lead the development program at this University, which I have come to love and admire so greatly over the last 15 years," Wood said. "Because of Brian's leadership, the Aspire Campaign has made wonderful progress toward its goals and we are well-positioned for the future. We have much more to accomplish but I am confident that we will succeed. Princeton is very fortunate to have such an exceptional president, such a talented and hard-working staff, fantastic faculty and administrative partners, an extraordinary volunteer corps, and the most generous and devoted donors. I am greatly looking forward to working with all of them."

McDonald is a member of the Princeton University class of 1983. As an undergraduate he served as class president and as a member of the Honor Committee and was a varsity swimmer. Prior to becoming Princeton's vice president for development, he had successful careers in investment banking, in the restaurant business, in arts and entertainment, and as a sculptor. A legendary volunteer, at the time of his appointment as vice president for development he was chairing Princeton's National Annual Giving Committee.

Over the past eight years under McDonald's leadership, the University has raised almost $1.7 billion. It has increased average giving per year by 55 percent while also significantly increasing the number of donors. Total giving in fiscal year 2008 alone was $357.3 million, the highest annual amount in Princeton's history. Major achievements of the Aspire Campaign so far include $119 million on behalf of Annual Giving, $88 million for financial aid, and significant support for such priority areas as energy and the environment, the arts, neuroscience, global initiatives and the quality of residential life. McDonald played a central role in planning the campaign and in organizing, training and motivating the staff and volunteers necessary to carry it out, while also strengthening relationships with campus partners in the Alumni Association and other offices. He initiated or expanded efforts to encourage higher levels of engagement by women (through Women in Leadership), black alumni (through the Connect initiative), young alumni, graduate alumni and parents.

Three times during McDonald's tenure the University has been recognized by the Council for Advancement and Support of Education (CASE) for overall excellence in educational fundraising among private research universities and throughout his tenure Princeton has achieved the highest rates of giving and participation by undergraduate alumni among all doctoral degree-granting institutions.

"It has been an honor and a privilege to work with Shirley and with such exceptional colleagues, and it has been a particular pleasure to work with the best donors and the best volunteers in all of higher education," McDonald said.

Princeton officially launched its five-year Aspire Campaign in 2007 with a goal of $1.75 billion and a focus on six key strategic priorities: Annual Giving, Engineering and a Sustainable Society, Exploration in the Arts, New Frontiers in Neuroscience, Citizenship and the World, and the Princeton Experience. Earlier this month the campaign passed the $1.143 billion mark achieved during the Anniversary Campaign, making this the most successful campaign in Princeton's history. The campaign is scheduled to end on June 30, 2012.

The co-chairs of the Aspire Campaign are Princeton University trustees Robert S. Murley and Nancy B. Peretsman, who said, "It has been a privilege to work with Brian for many years, both as vice president for development and as a legendary volunteer. Under his leadership, the Aspire Campaign has flourished and is well positioned to achieve its lofty goals. While we shall miss working with him from his office in the Helm Building, we look forward to standing shoulder to shoulder with him as a volunteer on behalf of Old Nassau.

"Having worked closely with Liz since 1995 during the Anniversary Campaign for Princeton, we are confident that she is the right person to lead us forward," they said. "We are excited for the opportunity to join forces with her to successfully complete the Aspire Campaign and to continue to build on our strengths in a post-campaign environment."