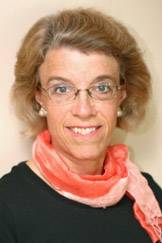 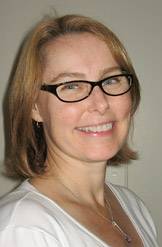 Two new members have been named to the Princeton University Office of Development's senior leadership team: Cynthia Albert Link has been named assistant vice president for capital giving, effective Sept. 13, and Kerstin Larsen will join the staff on Sept. 20 as director of development and of the Aspire campaign, a comprehensive fundraising effort that seeks to raise $1.75 billion by June 30, 2012.

"Cindy and Kerstin bring great energy and expertise to development's leadership team," said Vice President for Development Elizabeth Boluch Wood. "Both have led successful fundraising efforts at world-renowned nonprofit institutions, and I am delighted that their knowledge and experience will now benefit Princeton. They will be working closely with the Aspire campaign's leaders and volunteers, as well as with campus partners and development staff members; we look forward to giving them an enthusiastic Tiger welcome."

Albert Link, who was most recently associate dean in the Office of External Affairs for the Massachusetts Institute of Technology's Sloan School of Management, succeeds Wood, who was named vice president for development in March. A 1976 Princeton alumna, Albert Link will oversee the Office of Capital Giving, which seeks gifts to support specific projects at the University, from professorships and scholarships to buildings and equipment. She will report to Wood, be a member of development's senior leadership group, and work closely with the co-chairs of the Aspire campaign, key volunteers, senior University administrators and campus partners.

"It is a privilege to return to Princeton," said Albert Link. "I am excited about this opportunity to work with new colleagues, continuing the momentum of the Aspire campaign and engaging our alumni and friends in active support of the great work of the University."

Albert Link, who also earned a master's degree in public and private management from the Yale University School of Management, has served as an MIT associate dean since 2003. During this time she oversaw all development activities, including alumni relations, reunions, the Annual Fund, individual gifts, stewardship, global engagement, and corporate and foundation support.

She previously had been at Yale, serving as executive director of development and alumni affairs for the Yale School of Management from 1996 to 2003, and as a development officer with Yale's central office from 1990 to 1996, where she focused on alumni living in parts of Connecticut and the south central United States. She also has held several corporate positions in client services and marketing with Information Resources Inc. in Darien, Conn., and with Lever Brothers Co. and Benton and Bowles Inc., both in New York.

Larsen, a class of 1983 graduate who also received a master's degree from Princeton in 1986, is returning to the development office, having served as senior associate director of leadership gifts for the Anniversary Campaign for Princeton from 1995 to 1999. In her new role, she will oversee the Office of Development Priorities and the Office of Stewardship. She will report to Wood and work closely with campus partners and development colleagues on managing the priorities of the Aspire campaign. She will ensure the priority areas are articulated to donors, and that gifts to the priority areas are well stewarded. Larsen will be a member of development's senior leadership group and additionally will work with the campaign co-chairs and Princeton President Shirley M. Tilghman.

Larsen had previously held leadership roles in the development offices of Fordham and Columbia universities.

"I very much look forward to returning to my alma mater and working with former colleagues, as well as new ones," Larsen said. "Having worked closely with Liz during the Anniversary Campaign for Princeton, I am excited to have the opportunity to work closely with her again to successfully complete the Aspire campaign and to continue building on Princeton's strengths in the future."