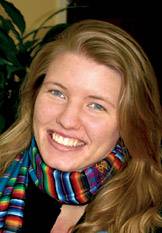 Princeton senior Ruth Metzel has been awarded the University's Henry Richardson Labouisse '26 Prize, which will fund her work with a nongovernmental organization to help address environmental issues in Panama.

The Labouisse fellowship provides $25,000 to support research in developing countries by a graduating senior or a first-year alumnus or alumna who intends to pursue a career devoted to problems of development and modernization. It was established in 1984.

Metzel, an ecology and environmental biology major who grew up in Springfield, Va., will work as a staff member with the startup Azuero Earth Project (AEP) to preserve the ecosystem of the Azuero peninsula in southern Panama, protect its biodiversity and promote sustainable development.

"I am very excited about this opportunity," Metzel said about receiving the fellowship. "It is a wonderful chance to translate the conclusions of my senior thesis, written in an academic setting, into practical environmental solutions."

Metzel's thesis focuses on forest conservation on the Azuero peninsula. Her interest in the region developed when she participated in the Department of Ecology and Environmental Biology's spring 2008 "Semester in the Field" in Panama. There she met AEP board president Edwina von Gal and Vernon Scholey, director of the Achotines Laboratory, a field station of the Inter-American Tropical Tuna Commission, another conversation group. Metzel said she was quickly inspired by their work, in particular AEP's "vision for the peninsula and the opportunity for economic development to be coupled with environmental sustainability."

"I wanted my thesis to contribute to efforts to develop a cohesive conservation strategy for the peninsula," Metzel said.

The Azuero peninsula, Metzel explained, has been used for cattle ranching and agriculture for centuries. The people who work the land range from subsistence farmers to cattle barons, along with a growing number of land developers along the region's coast. However, the results of Metzel's thesis indicate that after centuries of deforestation, the region may be beginning to experience forest regrowth. AEP hopes to reinforce and guide this trend to preserve the region's biodiversity through becoming a comprehensive information resource for farmers, ranchers and developers.

The Labouisse prize provides Metzel with an opportunity to employ many of the ideas and skills she has developed while at Princeton, where as part of her thesis she developed a geographic information system project that used satellite images to estimate the Azuero peninsula's current forest coverage.

"Ruth's work is special because it gives us a window into a critical phenomenon that provides the best hope for tropical forests," said Stephen Pacala, the Frederick D. Petrie Professor in Ecology and Evolutionary Biology, who was Metzel's thesis adviser. "Panama is one of the richest countries in Latin America because of the canal, and the Azuero peninsula is among the poorest land in Panama. Thus, if deforestation is going to turn around in Latin America because of economic development, it should happen first there."

Noting that Metzel's thesis combines analysis of satellite imagery and interviews with local landowners, Pacala said, "I have never advised such a tight melding of social and natural science, let alone on such a critical and fundamental problem. … [Her] knowledge could lead to more effective policy aimed at reforestation."

Metzel said she plans to expand upon her thesis work by using the map she has created to designate priority areas for conservation and environmental education. This undertaking will include mapping forest cover changes and surveying landowners on past, current and projected land use practices. The Labouisse prize also enables her to assist AEP to produce events and educational activities for the organization's first operational year.

"There is something truly amazing about being a student straight out of college and having the opportunity to do something you're so interested in and have your perspective taken so seriously," Metzel said. "This is really an organic movement, and they listen to me. I immediately felt a real sense of teamwork. It's rare that you get to do something that's so hands-on while incorporating yourself into such a proactive team."

Metzel will live and work at the AEP offices in Pedasí, Los Santos, beginning in September. After her fellowship she plans to enroll in a graduate program in environmental management and/or international development.

Labouisse Prize winner hopes to 'cross-pollinate' with her research