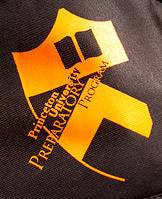 One hundred thirty-six students from Mercer County high schools have graduated from the Princeton University Preparatory Program, an academic and cultural enrichment program celebrating its 10th anniversary this summer. Alumni of the program have gone on to more than 50 U.S. colleges and universities.

Jesus Lopez had never stepped onto a college campus before joining the Princeton University Preparatory Program (PUPP) in 2001. But in the end, his three summers at Princeton eased his transition between Trenton Central High School and Syracuse University.

"I interacted with professors and some of the undergrads, and it helped me feel more comfortable in that type of environment," Lopez said. "Every summer I got exposed to new experiences, things I wouldn't have experienced [otherwise], like operas and musicals."

Lopez is one of 136 alumni from Mercer County high schools who have graduated from PUPP, an academic and cultural enrichment program celebrating its 10th anniversary this summer. The leaders of the preparatory program reflect with satisfaction that Lopez and others have gone on to more than 50 U.S. colleges and universities.

PUPP admits low-income, high-achieving students to the program after their freshman year of high school. For three years, the students attend six-week summer institutes that include courses in art, college preparation, literature, math, science and writing on the Princeton University campus, and they also participate in year-round programming, such as SAT preparation classes, college tours and trips to local theater, opera and Broadway productions. The goal, said PUPP Director Jason Klugman, is admission to and completion of college, and PUPP alumni have a nearly 70 percent college completion rate after six years.

"We've gotten more professional and purposeful about everything we do, whether it's the expectations of our scholars that are integrated into all of our courses and school-year programming, or the way we approach each individual assignment or activity with rigor and intensity," he said. "Part of our success is our ability to look at the opportunities our scholars are likely missing out on because of where they go to school or their families' financial situations and to make those opportunities available. We examine the entire PUPP experience as a group of informed educators, and each year we make adjustments based on what we know about the challenges our scholars face and what we hear from PUPP alumni about what awaits them in college."

The alumni have attended institutions located from Princeton to Los Angeles, and ranging from community colleges to Ivy League universities. The following are profiles of four PUPP graduates. 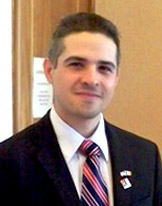 Between PUPP's rigorous coursework and its guidance and encouragement with the admission process, Lopez was prepared when he arrived at college with a full scholarship.

He excelled at Syracuse, graduating with degrees in political science, public policy and economics in 2008. He then enrolled in Princeton's master in public affairs program, focusing on international relations and economics, interning with the U.S. Commercial Service in Ireland and graduating in May. He is now training to be an intelligence analyst at the Federal Bureau of Investigation.

Lopez said he feels close to PUPP, though it has been seven years since his last summer session. He inspired both of his brothers to apply and enroll in PUPP, keeps in touch with other alumni, serves on committees and advises current students interested in Syracuse.

"I had a lot of guidance from PUPP administrators," Lopez said. Even after he arrived in college, "I asked about internship opportunities or what courses I should take. It's a good place to go back and seek advice.

"Once you're in PUPP, you're always in PUPP."

Cynthia Michalak has taken her own advice about Princeton -- "When Princeton accepts you, you don't say no" -- three times.

Michalak, who graduated from Ewing High School in 2005, first said yes to Princeton for admission to PUPP, then for admission as a member of the Princeton undergraduate class of 2009, and finally for a position as an admissions officer in Princeton's Admission Office, where she can pursue her commitment to higher education.

The PUPP experience laid the groundwork for everything that followed, she said. 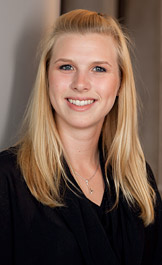 "One of the best things PUPP did for me was give me the confidence to apply to schools like Princeton -- that I could compete with peers from elite prep schools and handle the level of work that would be expected of me there," Michalak said. "PUPP challenged me to think differently and exposed me to subjects that were not offered at my high school. I feel strongly that I owe much of my success now to my participation in the program."

Michalak's favorite PUPP class was a summer writing seminar structured like the writing seminars required for Princeton University freshmen. Students wrote successive drafts of their work and critiqued their peers' writing, giving Michalak a preview of the type of work she would encounter as an undergraduate.

As a student at Princeton, Michalak majored in art and archaeology, with a visual arts concentration and a certificate in urban studies. At the same time, she stayed connected to PUPP, attending alumni events and the annual graduation ceremony for seniors, serving on the alumni advisory board and working as a teaching assistant for the students' art class one summer.

"It was a great opportunity for me to see how PUPP had changed since I was a student there" in its early years, she said. "It's an incredibly challenging and enriching program."

Going to a high school that offered only two Advanced Placement courses, Michael Clegg knew he needed help preparing for college. When PUPP administrators made a presentation at Trenton Central High School, he signed up. 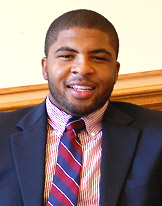 "They were not bad classes at my high school, but at PUPP all the kids really wanted to learn. That made it special," Clegg said.

The instructors used unconventional techniques, such as teaching math through lessons about wealth-building and teaching science with large-scale demonstrations of oobleck, a curious liquid that sometimes acts like a solid.

PUPP also helped Clegg navigate through college admission questions such as when to sign up for SAT and SAT subject tests and how to fill out financial aid forms.

"A lot of people I know, their parents aren't privy to this information because they're first-generation college students like myself," he said.

Now a rising junior majoring in politics and economics at Occidental College in Los Angeles, Clegg is a campus leader. He serves as a senator in the student government, sits on an advisory board to the college dean and helps manage a student-run investment portfolio that is part of the college's endowment.

He is currently researching affordable housing for an interfaith community group, LA Voice, after spending two weeks at the Yale School of Management Pre-MBA Leadership Program. After college, he plans to earn a J.D.-MBA.

"I don't see myself here without PUPP," Clegg said. "It's an amazing program that gives kids opportunities that no one else is giving them -- that lets them capitalize on their future."

Four years removed from her first summer at PUPP, Tieisha Tift has gone from finding the program burdensome to realizing that she wants to be a teacher to give others the opportunities for success she has received.

Tift, the 2009 valedictorian at Trenton Central High School, is now enrolled at Columbia University. PUPP taught her skills for managing her academic work, her time and her expectations for success, she said.

"In the beginning, I felt that they were asking too much -- this is summertime and I'm supposed to be doing something fun," she said.

Tift considered leaving PUPP, but administrators convinced her to stay, and she began to see the benefits of learning skills such as note-taking and knowing how to ask and where to look for academic support and financial resources. 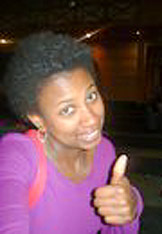 She also began to enjoy herself as she experienced elements of the program that were unfamiliar to her -- learning about different kinds of art, taking part in capoeira and yoga classes, and visiting college campuses.

"We went to operas and plays, and I would not have gone by myself," Tift said. "Now I have a different outlook, and when I go to productions at school, I see how they connect to what I'm reading and make connections across different mediums."

At Columbia, Tift is taking part in many activities, including the Columbia Undergraduate Scholars Program for leadership training; mentoring and tutoring programs; and advocacy groups for student health and sexual awareness.

Though she has not declared a major, she is interested in studying urban problems as preparation for teaching in low-income urban areas.

"The people in PUPP had a big impact on me," Tift said, "and seeing how generous they are, how they're giving back, it showed me that when you have a strong support system you can be so much greater."

PUPP's 10th summer session began June 24 and ends Aug. 6 with 71 enrolled students. Program leaders are giving the students a range of new experiences -- including an emphasis on China in art and literature classes, and a focus on energy in the science course -- with the aim that they will be as successful as the PUPP alumni who preceded them.

Michalak (second from right), who has remained connected to PUPP since her graduation from the program in 2005, meets with (from left) the program's director, Jason Klugman, and two students from Ewing High School, Jaelyn Tucker and Sam Williams. (Photo: Brian Wilson)