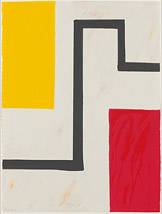 In its fall lecture series "Free Time," the Lewis Center for the Arts is featuring seven artists and a historian on how they interpret that topic through their own work. One of the presenters will be the abstract artist Mary Heilmann, who painted "Sunday Morning" (1987). Joe Scanlan, the director of the Program in Visual Arts at the Lewis Center, organized the series out of a fascination with how the recent recession spawned discussion of how people value their free time. The series begins Oct. 12 and runs through Dec. 14.

Images courtesy of the individual artists

What is "free time"? Joe Scanlan, director of the Program in Visual Arts at the Lewis Center for the Arts at Princeton, found himself pondering this question during the recent recession, when discussion about free time was particularly prevalent.

To examine the simple question of free time invites many answers, making it a fertile topic for examination through the arts. The Lewis Center is undertaking this examination this fall as it presents a lecture series that will illuminate how people acknowledge and value free time.

"We might feel that we have free time or we might not, but I think all of us are still able to discern it in artworks or in the behavior of others," said Scanlan, who is organizing the eight-part series, titled "Free Time," which will feature one historian and seven artists, each working in a different medium. "Artists are, in many ways, our leading experts on free time, so I thought it best to present work in a variety of media and try to get a kind of status report on the subject. Through art, these lectures hopefully also will touch on the relation of free time to religion, philosophy, political economy or neuroscience."

The series will feature an architectural historian, graphic designers, a painter, a writer, a musician, a sculptor and a filmmaker. It will begin with a lecture by architectural historian Alice Friedman at 4:45 p.m. Tuesday, Oct. 12, in the Stewart Theater at the Lewis Center, 185 Nassau St. The series will run through Tuesday, Dec. 14. All lectures are free and open to the public. 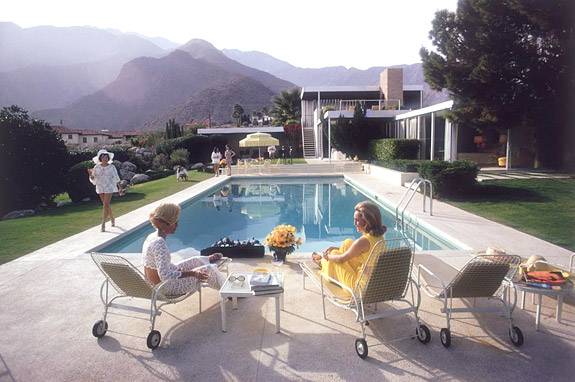 Architectural historian Alice Friedman will kick off the series, discussing how America became seduced by the idea of transforming everyday life into a glamorous and leisurely lifestyle. One of the examples she points to in her work is the representation of free time at the Kaufmann House, which was designed by architect Richard Neutra in Palm Springs, Calif., in 1946. (Photo by Slim Aarons)

Scanlan anticipates that each of the presenters will take a different tack on the subject of free time in relation to their own work, while describing how the idea of free time has an impact on creativity and the role that art plays in society. 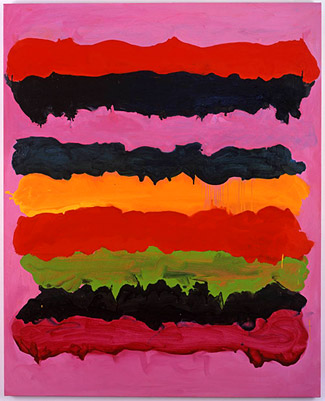 "Surfing on Acid" by Heilmann (2005) imparts a spontaneous sense of time.

The series is tied to Scanlan's undergraduate seminar on "Issues in Contemporary Art," which investigates contemporary art practice.

Scanlan said he chose these lecturers from his own understanding of their work and how their creations explore the concept of free time.

Friedman is the Grace Slack McNeil Professor of the History of Art and director of the McNeil Program for Studies in American Art at Wellesley College. She is the author of numerous books and articles on domestic architecture, women's history and patronage. Her most recent book, "American Glamour and the Evolution of Modern Architecture," reflects on the cultural aspirations of a post-World War II America seemingly obsessed with the transformation of everyday life into all-encompassing symbols of leisure and glamour. 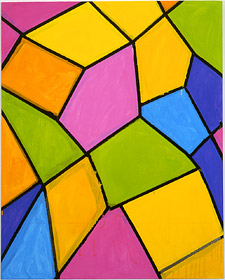 Bailey and Reinfurt, of the graphic design firm Dexter/Sinister, founded their "Just-in-Time Workshop and Occasional Bookstore" in New York City in 2006. They are known for their focus on technology and efficiency in design, printing, production and distribution. They say they avoid waste by working on demand and using inexpensive materials that are distributed by alternative strategies made possible by new technologies.

For abstract painter Heilmann, free time is all about contemplation -- having the time as an artist to stare at a canvas and decide what, if anything, should happen next. Her spare, spontaneous style has the appearance of having been created in a single moment. According to Scanlan, the concept of free time not only is essential for her as an artist, but also is important for how others understand her art. Heilmann's paintings usually are hung in galleries equipped with benches -- or even seating designed by her -- so that viewers are encouraged to spend time with her work.

Stark is an artist and writer whose works take many forms: word fragments, collages, sketches, articles of clothing or ruminative PowerPoint presentations. Her work is made during the snatches of time she finds between the demands of being a single mother, traveling, teaching and earning a living. 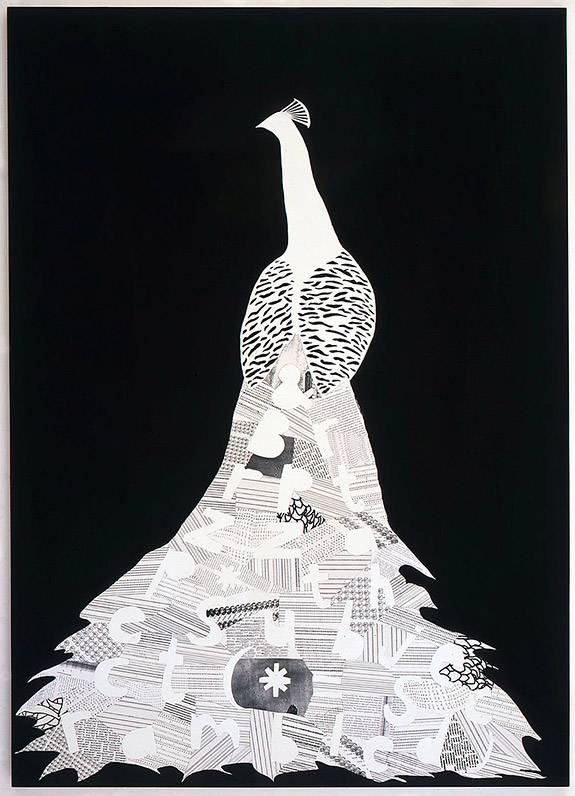 Artist and writer Frances Stark, who is known for pulling together fragments of images, such as in "And Brrotzzap the Subject" (2005), will be one of the lecturers in the "Free Time" series.

Huber, co-founder of the Viennese electronic "trip hop" band Tosca, experiments with combinations of live voice, sampling and remixing to create a new experience of time, both for the artist and the audience. He will perform an evening concert in the Woolworth Center's McAlpin Rehearsal Room on Nov. 28.

As a sculptor, Bove is part flaneur, the quintessential French symbol of good taste and leisure, and part thrifter, the quintessential American weekend bargain hunter. Bove's primary mode of creativity is visiting flea markets and antique shops in search of the materials for her art, which she recomposes as elegant sculptures and tableaux that incorporate photographs, books, technological arcana and other found objects suggestive of recently bygone eras.

Filmmaker Huyghe employs the concepts of free time, leisure and folly in an ethereal, other-worldly style. Huyghe experiments with the neurological definition of free time and how the brain negotiates the relationship between the actual experience of time and how it is altered in one's memory through film. The dreamlike quality his films and performance events create give the perception that the idea of free time is completely in one's head, Scanlan said.

The dates and locations of the talks can be found on the lecture series Web page.