Both new faculty members are internationally renowned artists. Marshall has been the artistic director of the critically acclaimed Susan Marshall & Company of New York City for the past 23 years. Scanlan is a sculptor and installation artist who has been an associate professor in the Yale University School of Art.

Their appointments demonstrate Princeton's expanded commitment to embrace the creative and performing arts as an essential part of its educational mission, according to Paul Muldoon, chair of the Lewis Center. In 2006, President Shirley M. Tilghman launched an arts initiative to increase and enhance programs in the creative and performing arts, and to establish the University as a global leader in the quality of its offerings and in their integration into a broader liberal arts education.

"A large part of our energy over the last three years has gone into determining precisely how we should be building our creative and performing arts programs," he said. "As we thought about the areas that had been underserved, we recognized that visual arts and dance were most in need of attention." 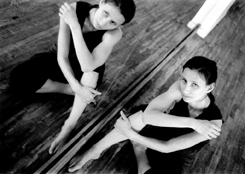 The appointment of Marshall follows the University's recent decision to separate the Program in Theater and Dance into two individual certificate programs. This decision after nearly 40 years as a combined program reflects the increasing number of students who are interested in pursuing dance studies at Princeton.

"I'm delighted that the disarticulation of theater and dance has allowed us to honor dance as a distinct art form," said Muldoon, who also is the Howard G.B. Clark '21 Professor in the Humanities. "I am thrilled that Susan Marshall will serve as our first director of dance. Her national and international profile will help her develop what we expect to be the very best dance program within the context of a liberal arts university."

It is Princeton's expectation and desire that Marshall will continue her directorship of Susan Marshall & Company while she heads the new program. "A university like Princeton insists that its faculty, whether they be chemists or choreographers, not only be leaders in their fields but active leaders in their fields," Muldoon said. "We're very excited by the prospect of Susan Marshall helping to define the role of dance in the academy while leading a major company." 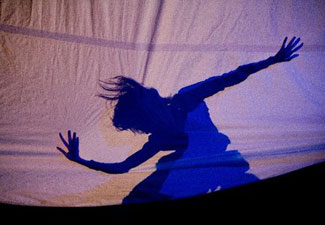 Marshall's innovative company performs her choreographic work in theaters throughout the United States and abroad including at the Edinburgh International Festival; Jacob's Pillow Dance Festival in Massachusetts; the Festival International de Nouvelle Danse in Montreal; Spoleto Festival in Charleston, S.C.; the Los Angeles Festival; Vienna Tanz, SpringDanse in the Netherlands; Internationales Tanzfestival NRW in Germany; the inaugural New York City Center Fall for Dance Festival; and, most frequently, the Brooklyn Academy of Music's Next Wave Festival. Marshall has created more than 40 dance works in collaboration with the dancers of her company, including "Adamantine," "Cloudless," "Frame Dances," "Sawdust Palace," "The Most Dangerous Room in the House," "Spectators at an Event," "Fields of View," "Interior With Seven Figures" and "Arms." The company's dancers and artistic collaborators have received 10 New York Dance and Performance Awards (BESSIES) for their artistic achievements.

In addition to working with her own company, Marshall also has created dances for the Lyon Opera Ballet, Frankfurt Ballet, Boston Ballet and Montreal Danse. Her signature aerial duet, "Kiss," is in the current repertory of both Hubbard Street Dance Chicago and Pacific Northwest Ballet. She provided the stage direction for "Book of Longing," composer Philip Glass' recent work that is based on the poetry of Leonard Cohen. In her first collaboration with Glass, she directed and choreographed "Les Enfants Terribles," a dance/opera. Marshall also has directed a movie musical for Raw Impressions' annual RIPFest and choreographed dances in operas staged for the Los Angeles Music Center and the New York City Opera. Marshall's many awards include a MacArthur Fellowship, a Guggenheim Fellowship and three New York Dance and Performance Awards (BESSIES) for Outstanding Choreographic Achievement.

Marshall and her company have taught, led workshops and staged Marshall's dances at Princeton and more than a dozen other leading programs and universities including the Juilliard School, New York University, Montclair State University, Hunter College, Florida State University, Jacob's Pillow, Montreal Danse Choreographic Research Workshop and Atlantic Center for the Arts. Marshall has served on the board of directors of Dance Theater Workshop in New York since 1993.

Michael Cadden, who formerly served as director of the Program in Theater and Dance and who will continue as director of the Program in Theater, said, "Susan comes to us not only as a world-class choreographer but also as a world-class artistic collaborator, having worked on productions with composer Philip Glass, songwriter Leonard Cohen and opera director Francesca Zambello. Her interdisciplinary habits of mind and work will undoubtedly enrich the minds of our students and the offerings on our stages."

"We take pride in what Ze'eva Cohen, Rebecca Lazier and their dance faculty have been able to achieve here over the years," he added, referring to Cohen, who founded the dance program in 1969, and Lazier, who has served as acting head of dance since Cohen stepped down in 2008. "Susan has a good base upon which to build. We have long been the university of choice for dancers who want to pursue a liberal arts education at the highest level. Susan's appointment will draw attention to our current strengths and bring a new vision about the place of dance within the liberal arts university."

Lazier, a lecturer in theater and dance, said, "For 40 years dance has played a unique role in the curricular and extracurricular life of Princeton. Currently 10 percent of the student population participates in dance events on campus. Susan Marshall's presence will not only expand the visibility of the program and increase our offerings, but will also forge a new definition of the role of professional choreographers within the academy."

In commenting about her appointment, Marshall said, "The Lewis Center for the Arts is a wonderful place of intersection of active professional artists, academic study and new artistic endeavors. I look forward to becoming a part of this vibrant community of artists and thinkers, and to working in an atmosphere that offers ample opportunities for cross-disciplinary inspiration and collaboration.

"From my experience as guest choreographer at Princeton, I know the students who participate in the dance program are committed, engaged dancers who often enhance the program with their expertise in complementary areas of study," she added. "I am pleased that Princeton is encouraging and supporting my continuing artistic directorship of Susan Marshall & Company while I head the dance program. My ongoing choreographic work with my company will enable me to bring to Princeton's students many rich educational experiences with dance artists who are working at the forefront of the field." 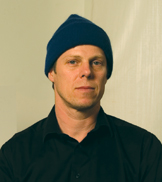 A faculty member at Yale since 2001, Scanlan previously served as assistant director of the Renaissance Society at the University of Chicago, a contemporary art museum specializing in radical, conceptual and installation-based artworks. He has received numerous awards and fellowships from organizations including the Creative Capital Foundation, the National Endowment for the Arts and the Larry Kramer Initiative for Lesbian and Gay Studies at Yale. A native of Ohio, he holds a bachelor of fine arts degree from the Columbus College of Art and Design.

"Joe Scanlan is a marvelously changing, and challenging, artist whose engagement with the idea of art and consumption gives him an appropriately consuming worldview," Muldoon said. "We're excited by the prospect of his leading the visual arts program of the Lewis Center in ways that will reflect not only the time-honored and traditional aspects of making art but the most contemporary and cutting-edge."

Scanlan has presented his work throughout the United States and Europe, mounting 19 solo exhibitions in the past decade. He has shown his work at K21 Kunstsammlung Nordrhein-Westphalen in Düsseldorf, Germany; Institut d'Art Contemporain in Villeurbanne, France; the Van Abbemuseum in Eindhoven, the Netherlands; the IKON Gallery in Birmingham, England; the Museum of Contemporary Art in Chicago; and the Museum Haus Lange in Krefeld, Germany. Scanlan also has participated in biennials in Sydney, Shanghai, Sharjah, the Baltic States and Toulouse, as well as group exhibitions at the Museum of Modern Art in San Francisco; Documenta IX in Germany; the ICA in London; and the Aperto in Venice.

In addition to his extraordinary exhibition record, Scanlan is equally acclaimed as an art critic and distinguished author who has published more than 50 articles and reviews in leading international periodicals including Artforum, Art issues, Frieze and Parkett. 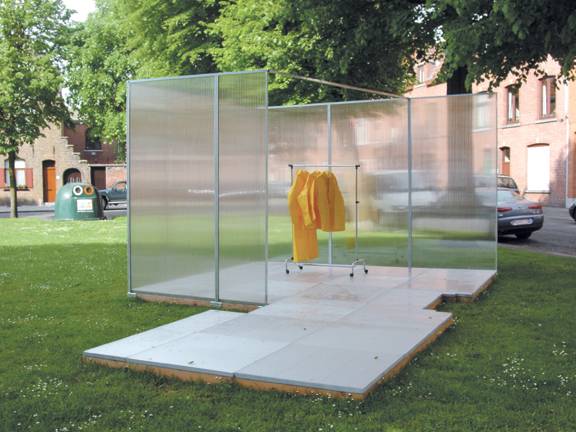 Scanlan is the holder of U.S. patent no. 6,488,732 for a process of converting postconsumer waste into viable potting soil. The concept premiered with an exhibition of three tons of the material with a shovel planted in the middle of it at the IKON Gallery in Birmingham, England, and currently is in commercial development.

Speaking on behalf of the visual arts faculty, P. Adams Sitney, current director of the program, said, "We look forward to the expansion and renewal of the program under the leadership of Joe Scanlan. For nearly 40 years, that is almost since its inception, Princeton's studio art program has been guided by sculptor James Seawright and photographer Emmet Gowin, who are both retiring. Joe Scanlan comes, then, with an opportunity to reshape the visual arts component of the newly created Lewis Center for the Arts. After a long and vigorous search we are confident he has the vision and energy for this task."

Scanlan said, "I'm very pleased to join the faculty at Princeton at such an exciting moment. The expansion of the Lewis Center presents a great opportunity to push the visual arts into areas where it has traditionally feared to tread: collaboration, dispersion and self-promotion. I look forward to transforming the visual arts faculty, and I especially look forward to making the visual arts program more dynamically engaged with all areas of the University. All of the faculty I have met so far -- P. Adams Sitney and Su Friedrich in the visual arts, Stan Allen in architecture, Hal Foster in art history, Jeff Stout in religion and, of course, Paul Muldoon -- have been very enthusiastic about my appointment and the importance of the visual arts at Princeton."