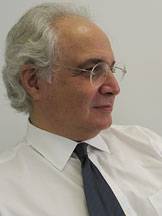 Ralph Lerner, a longtime faculty member and former dean of Princeton's School of Architecture, died of brain cancer May 7 in Princeton. He was 61.

Lerner joined the University faculty in 1984 and transferred to emeritus status in 2008. He was dean of the School of Architecture from 1989 until 2002.

During his tenure as dean, Lerner recruited significant design faculty members, strengthened the Ph.D. program in the history and theory of architecture, consolidated the school's emphasis on urban issues and reorganized the curriculum for the bachelor's degree. He added courses in computing and imaging, restructured courses in the area of building sciences to reflect advances in the field, and introduced landscape studies into the curriculum.

"Ralph Lerner was a great dean, totally committed to the School of Architecture," said Mario Gandelsonas, the Class of 1913 Lecturer in Architecture. "During the best moments of his tenure -- guided by ambitious, strategic ideas -- he created a unique place with a focus on the continuing development of the architectural discipline. He was not just an excellent administrator. He was an excellent critic with a unique eye for the detection of talent in both students and teachers. He was a good friend -- caring, loyal, supportive and a fun travel companion who will definitely be missed."

Kevin Lippert, the publisher of the Princeton Architectural Press and a 1983 graduate of the School of Architecture, said, "Ralph very much put Princeton at the center of the architectural map, both through the faculty and students he attracted, the programs, exhibitions and publications he sponsored, as well as by the sheer force of his personality."

Lerner came to Princeton as a lecturer and became a full professor in 1987. In 1994 he was named the George Dutton '27 Professor of Architecture. In 2008, after retiring from Princeton, he became dean of the faculty of architecture at the University of Hong Kong, a position he left in April for health reasons.

Born in 1949 in New York, Lerner earned his bachelor's degree from The Cooper Union for the Advancement of Science and Art and a master's degree in architecture from Harvard University. Prior to joining the Princeton faculty, he taught at the University of Virginia, Harvard and the Polytechnic of Central London.

Lerner won numerous international design commendations, most notably five Progressive Architecture awards, including a First Award for the Indira Gandhi National Centre for the Arts in New Delhi in 1987, and three Architectural Design awards. Lerner's work has been exhibited at the National Building Museum, the Institute of Contemporary Art in London and New York's Museum of Modern Art.

In addition to contributing to numerous publications, Lerner was a frequent lecturer, moderator, adviser and juror at universities as well as professional architectural design commissions.

He is survived by his wife, Lisa Fischetti; a son, Sigmund; a daughter, Esther; a sister, Judith Lerner Brice; and two brothers, Alan and Marc.

A memorial service will be held at 10 a.m. Friday, June 3, at the Princeton University Chapel.

Memorial contributions may be made in Lerner's name to The Cooper Union Irwin S. Chanin School of Architecture and the Graduate School of Design at Harvard. For more information, email vidler@cooper.edu at Cooper Union and lernerfund@gsd.harvard.edu at Harvard.