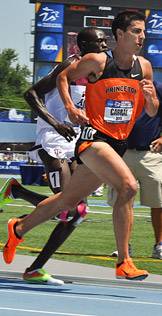 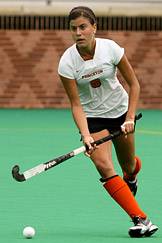 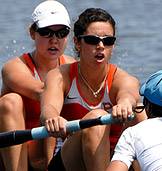 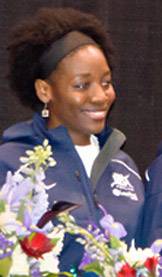 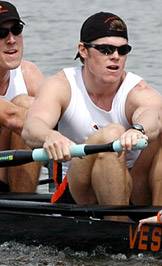 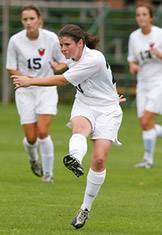 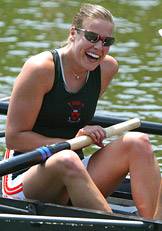 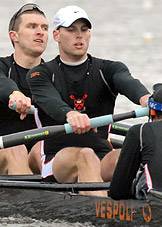 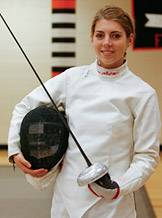 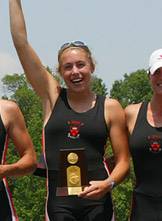 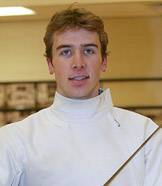 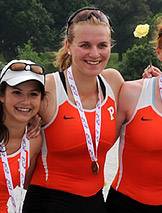 Caroline Lind, Class of 2006, won a gold medal in rowing at the Olympics at Dorney Lake, England, on Thursday, Aug. 2, as a member of the U.S. women's eight team. Canada — with Andreanne Morin, Class of 2006, and Lauren Wilkinson, Class of 2011, on board — finished second to take the silver medal. It was a repeat gold medal performance for Lind, who was on the U.S. team that won the gold medal at the Beijing Games in 2008.

On Saturday, Aug. 4, Glenn Ochal, Class of 2008, won a bronze medal in rowing as part of the U.S. men's four team. Maya Lawrence, Class of 2002, and Susannah Scanlan, Class of 2014, received bronze medals in fencing as members of the American epee team.

On Thursday, Aug. 9, Diana Matheson, Class of 2008, scored the only goal as Canada defeated France 1-0 to win the bronze medal in women's soccer.

The journey to the Olympics takes many paths. Just ask Donn Cabral and Katie and Julia Reinprecht, three of the 16 Princetonians who will compete at the London games, which began Wednesday and run through Aug. 12.

For Cabral, the journey to competing in steeplechase for the United States involved training harder than he ever had as he worked through his senior year at Princeton. In the past 10 months, Cabral finished his senior thesis in economics and graduated with the Class of 2012, won the NCAA Championship and qualified for the Olympics.

He wouldn't have it any other way.

"I think it actually worked out for me, fortunately, where my senior year was an Olympic year," Cabral said from Szczecin, Poland, where he had competed the previous night in an Olympic tune-up race. "Having a ton of support from my teammates and roommates. They helped me make this dream possible." 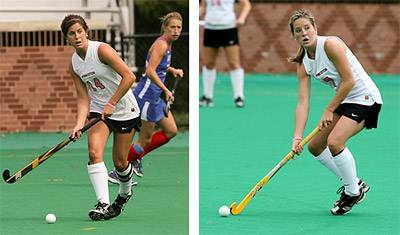 The Reinprecht sisters, who will compete in field hockey for the U.S. team, took a different path to London — one that went through Carlsbad, Calif., where they spent a year away from their studies at Princeton to train.

For Katie Reinprecht, who was originally in the Class of 2012, this decision meant delaying her graduation by a year.

"The idea of leaving and not being able to graduate with my class was difficult," said Katie, a midfielder. "There were a lot of things going through my mind.

"Having Julia with me made the decision easier, knowing I wasn't making the journey alone."

Julia Reinprecht, a defender who will be a junior majoring in politics when she returns to Princeton in the fall, said that even though she and her sister were not on campus, they always felt they were part of the Princeton community.

"Every time we had a break from the U.S. team, I'd come back and visit," she said. "I'm definitely looking forward to coming back. Preseason starts right away, so it's going to be great — like we never even left."

Katie said the support from the University allowed the sisters to focus on their Olympic goals.

"The University was overwhelmingly supportive. We'd get messages from the athletic department," said the sociology major. "And on the academic side, they were really accommodating, and everyone in the sociology department has been so supportive. It really has helped make this a great experience."

Cabral said he also is thankful for the support he got from the University community, and not just from those in the athletics department.

"I've been getting emails from professors with links to articles about me," he said. "I hear from alumni, reaching out to me saying they know what I've gone through with the rigors of school work. It's an honor to hear from them."

Now that they've reached the London games, Cabral and the Reinprechts will go for gold resolved to perform at their best.

The U.S. field hockey team is in a tough group with top teams such as Argentina, Germany and Australia, but Julia said, "I think we should make the podium and win a medal, but we're going to have to play really well."

For Cabral, the dream was making the U.S. team. Now that he's reached his dream, the rest is a bonus.

"I'm going to do everything I can to make the finals," he said. "In the finals, I think a podium finish would be a dream come true, but I haven't allowed myself to dream it yet.

"My biggest goal is to have the best race of my life there."

A look at Princeton's 16 Olympians

Donn Cabral, Class of 2012, track – steeplechase, United States: Cabral won the NCAA Championship in his senior year and finished second in the U.S. trials. He begins competition on Aug. 3.

Michelle Cesan, Class of 2014, field hockey, United States: Cesan is a striker who scored 46 goals as a sophomore for Princeton. She and the U.S. team will begin group play on July 29.

Sara Hendershot, Class of 2010, rowing – women's pair, United States: Hendershot won a gold medal at the 2011 World Rowing Championships and was a two-time all-America rower at Princeton. She will begin competition in the women's pair on July 28.

Maya Lawrence, Class of 2002, fencing – epee, United States: Lawrence, who helped the women's team this year to its first medal on the international circuit, will begin competition in individual epee on July 30.

Caroline Lind, Class of 2006, rowing - women's eight, United States: Lind won an Olympic gold medal in Beijing in 2008 and the 2006 NCAA Championship while at Princeton. Her women's eight team is among the favorites this year in London and begins competition July 29.

Glenn Ochal, Class of 2008, rowing – men's four, United States: Ochal has been involved with the U.S. national team at various levels since 2003. He will compete in the men's four beginning July 30.

Susannah Scanlan, Class of 2012, fencing – epee, United States: Seen by experts as a long shot for the U.S. team, Scanlan broke through and earned a spot as one of the youngest members of the women's epee team. She will begin competition Aug. 4.

Soren Thompson, Class of 2005, fencing – epee, United States: Thompson was a three-time all-America fencer at Princeton. He competed in the 2004 Olympics in Athens and will begin competition in individual epee beginning Aug. 1.

Lauren Wilkinson, Class of 2011, rowing – women's eight, Canada: Wilkinson was part of the 2011 national title team at Princeton. Her brother will also compete for Canada in London. She begins competition with Canada's women's eight on July 29.

Complete Olympic schedules are online. Follow @Princeton on Twitter or @PUTigers for updates when Tigers athletes compete in London. Also, find more in-depth features on the Princeton Athletics website throughout the London Games.