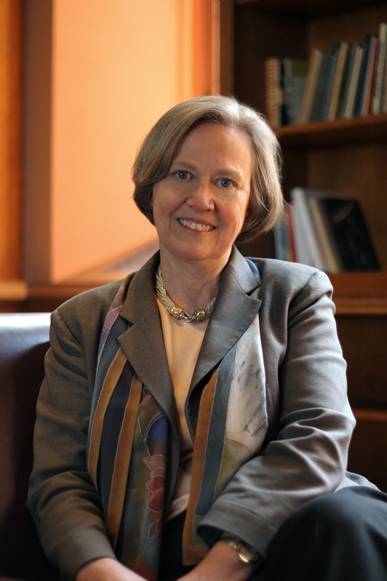 Shirley M. Tilghman, president of Princeton University since 2001 and a leader in the fields of science and American higher education, will step down as Princeton's 19th president at the end of this academic year. Tilghman informed the Board of Trustees of her decision this weekend at the board's regular September meetings.

"Shirley Tilghman has provided exceptional leadership for Princeton over these past 11 years, building on its distinctive strengths and pioneering important new initiatives in areas ranging from neuroscience, energy research and the arts to internationalization and campus life, while also providing national leadership on a broad range of issues," said Kathryn A. Hall, chair of the Board of Trustees. "We are deeply grateful for her service as president, and we are very pleased that she will remain a member of our faculty."

In a letter emailed to all students, faculty, staff and alumni, Tilghman said "I believe that together we have made Princeton a stronger and more vibrant University." There is a "natural rhythm to university presidencies," she said, and with "major priorities accomplished or well on their way to being realized, and the [recently completed $1.88 billion Aspire fundraising] campaign successfully concluded, it is time for Princeton to turn to its 20th president to chart the path for the next decade and beyond."

In the early years of her presidency, she said, "I learned about the many things we do exceedingly well and must preserve as our first priority, but I also identified aspects of the University where we could do better and where we needed to grow. ... I am exceedingly proud of what we have accomplished over the past 11 years. Together," she said, we:

Tilghman concluded her letter by saying that after a year's leave she intends to "return to the faculty and to my other passion — teaching — in the years to come. In the meantime," she said, "there is still a lot to do this year!"

A native of Canada, Tilghman came to Princeton in 1986 as the Howard A. Prior Professor of the Life Sciences. From 1993 through 2000 she chaired Princeton's Council on Science and Technology, which encourages the teaching of science and technology to students outside the sciences, and in 1996 she received Princeton's President's Award for Distinguished Teaching. She initiated the Princeton Postdoctoral Teaching Fellowship, and in 1998 she was named the founding director of the Lewis-Sigler Institute for Integrative Genomics. Elected by the faculty to serve on the search committee when Princeton's 18th president, Harold T. Shapiro, announced his intention to step down, she was eventually asked to leave the committee so she could be considered for the position. She was elected Princeton's 19th president on May 5, 2001 and assumed office on June 15, 2001.

In 2002, Tilghman was one of five winners of the L'Oreal-UNESCO Award for Women in Science and the following year she received the Lifetime Achievement Award from the Society of Developmental Biology. In 2007, she was awarded the Genetics Society of America Medal for outstanding contributions to her field. A member of the National Research Council's committee that set the blueprint for the U.S. effort in the Human Genome Project, she also was one of the founding members of the National Advisory Council of the Human Genome Project for the National Institutes of Health (NIH). She is renowned not only for her pioneering research but for her national leadership on behalf of women in science.

In 2009-10, Tilghman chaired the board of the Association of American Universities, which represents 61 leading U.S. and Canadian research universities, and she has provided national leadership on issues ranging from college affordability and the federal investment in basic research to immigration policy and accountability. She serves as a trustee of the Carnegie Endowment for International Peace, Leadership Enterprise for a Diverse America, and the King Abdullah University of Science and Technology, and as a director of Google, Inc.

A regular attendee at student athletic and artistic events, Tilghman has held open office hours and has continued to teach throughout her presidency, both in the molecular biology department and in the freshman seminar program. She is co-teaching a course this fall on modern genetics and public policy with history and public affairs professor Keith Wailoo.

The search for Tilghman's successor will be led by Hall. The search committee will include nine members of the Board of Trustees (including Hall), four members of the faculty who will be elected by the faculty, two undergraduates, a graduate student and a member of the staff. "This search process is modeled after previous processes that have worked very well for Princeton and we look forward to active participation from all of Princeton's key constituencies, including faculty, students, alumni and others," Hall said. "We will provide further information soon about the process and the composition of the search committee. Obviously our highest priority will be to identify the best possible person to serve as Princeton's 20th president, and I hope very much that we will be ready to bring a recommendation to the Board of Trustees in the spring."

Administrative support for the search committee will be provided by Vice President and Secretary Robert K. Durkee, who can be reached at durkee@princeton.edu.

Video feature: Looking back on 12 years of Tilghman's presidency at Princeton