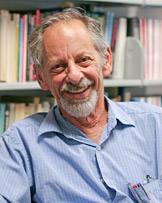 Peter B. Kenen, a leading international economist and an expert on the Eurozone, died at his home in Princeton late Monday night, Dec. 17. He was 80 and died of respiratory failure after a long illness, his family said.

Kenen, the Walker Professor of Economics and International Finance Emeritus at Princeton University, taught at Princeton from 1971 until 2004, and continued to teach part-time until 2011. Earlier he taught at Columbia University from 1957 to 1971, and was chairman of the Economics Department and then provost of Columbia, taking that post after the turbulence of the student protests of the late 1960s.

Kenen was a founding member of the Group of Thirty, an organization that seeks to deepen understanding of international economic and financial issues, and a member of the Bellagio Group, an international group of academics and public officials from finance ministries and central banks. He was also a member and former fellow of the Council of Foreign Relations.

"Peter Kenen was a leading intellectual in the field of international finance for decades," his friend and Princeton colleague Alan Blinder said. "He literally spanned generations as, first, the youngest member of the original Bellagio Group on exchange rate mechanisms and the balance of payments and, later in life, as the founder of the second Bellagio Group, which continues to this day."

Kenen in the late 1960s understood the difficulty of maintaining a monetary union without a fiscal union, an original idea that "has more than stood the test of time," said Blinder, the Gordon S. Rentschler Memorial Professor of Economics and Public Affairs.

"His ideas, for example, are extremely pertinent to today's debate over the Eurozone. His later work on European monetary union (EMU) made him perhaps America's greatest expert on that subject in the years leading up to the euro, and earned him the humorous nickname, which he loved, 'EMU guru,'" Blinder said.

Kenen was a consultant to the Council of Economic Advisers, the Office of Management and Budget, the Federal Reserve, the International Monetary Fund, the United States Department of the Treasury, and the economic advisory panel of the Federal Reserve Bank of New York. He was particularly proud of his service, as a young economist, on President John F. Kennedy's Task Force on Foreign Economic Policy.

He was the author or co-author of numerous books and monographs, including "British Monetary Policy and the Balance of Payments," which won the David A. Wells Prize at Harvard University. His textbooks "International Economics" and later "The International Economy" were standards for generations of undergraduates entering the field.

Kenen's final years at Columbia were marked by campus turmoil. Kenen opposed the Vietnam War and was an alternative delegate for Eugene McCarthy at the Chicago Democratic National Convention in 1968. But he also opposed the student occupations of Columbia campus buildings, and took part in a small faculty counter-protest. He strongly opposed the use of police force to remove the students, and tended to injured students at a hospital near the New York campus.

His four decades in Princeton were devoted to teaching, writing and leading the International Finance Section (now the International Economics Section), where he edited and published numerous landmark monographs.

"Throughout his tenure, Peter was remarkably generous and supportive of both junior faculty and students in the international field and his passion for policy research guided his leadership of the Section, which became world renowned for its timely and informative essays and monographs and for the engaging conferences that brought together world leaders and academics to discuss the pressing international monetary issues of the day," said Gene Grossman, Princeton's Jacob Viner Professor of International Economics and chair of the Department of Economics.

Kenen also traveled and consulted widely, visiting more than 50 countries and holding several positions as a visiting professor or scholar in residence at universities, think tanks and economic institutions across the globe.

He lived in Teaneck, N.J., and Princeton, and spent so much time fishing on the Jersey Shore — giving away countless fresh bluefish to his friends and neighbors — that his youngest daughter once explained to her friends that her dad "caught fish for Princeton University."

There will be a graveside service at Princeton Cemetery on Wednesday, Dec. 19.

The family requests that in lieu of flowers donations be made to undergraduate financial aid at the Columbia College Fund, 622 West 113th St., MC 4530, New York, NY 10025; or to Secure@Home of the Jewish Family & Children's Service of Greater Mercer County, 707 Alexander Road, Suite1-A, Princeton, NJ 08540.