Robert “Bobby” Willig, a longtime Princeton professor of economics and public affairs, a leader in the field of industrial organization and a former deputy assistant attorney general in the U.S. Department of Justice, died Oct. 21 in Princeton after a year-long battle with cancer. He was 75. 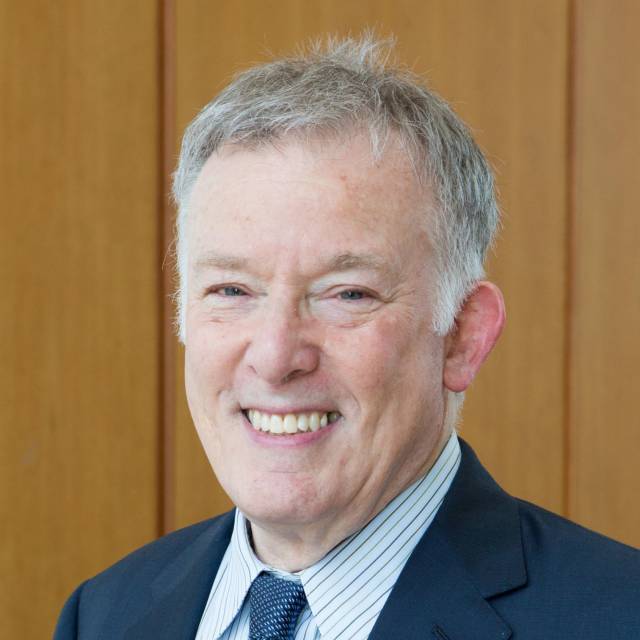 Willig served on Princeton’s faculty for 43 years. In an appreciation written when Willig transitioned to emeritus status in 2016, it was estimated that 1,200 of the world’s leading policymakers owe their microeconomic training to him.

“Bobby was a wonderful colleague and a brilliant economist,” said Department of Economics Chair Wolfgang Pesendorfer. “During his impressive career, Bobby made seminal academic contributions, in particular to the analysis of competition and market structures. At the same time, he was deeply involved in antitrust and regulatory policy. His combination of academic brilliance and practical experience made him a wonderful teacher who inspired many of our students.”

Gene Grossman, the Jacob Viner Professor of International Economics, spoke to Willig’s influence as researcher, practitioner and teacher. “Throughout his long career, Bobby moved seamlessly between the worlds of economic theory and economic practice,” Grossman said. “His insights informed and transformed U.S. antitrust policy in a myriad of industries. Above all, Bobby loved to teach about economics — be it to Princeton undergraduates, to policy students in the School of Public and International Affairs, to the policy makers who wrote the competition rules or to the judges and juries who were left to interpret them.”

For several years, Willig taught Princeton’s popular ECO 100 course, “Introduction to Microeconomics,” as well as a mid-level undergraduate course on industrial organization. He was also deeply involved with the master’s program in public affairs at Princeton’s School of Public and International Affairs.

From the early 1990s until 2015, Willig taught the program’s graduate course on microeconomic policy analysis as well as courses on legal and regulatory policy and on industry and antitrust issues.

“We are grateful for his dedication and profound contributions to the MPA program over the years,” said Amaney Jamal, the Edwards S. Sanford Professor of Politics and SPIA dean, in a tribute to Willig circulated to the SPIA community.

Willig served as faculty chair of the MPA program from 1999 to 2009 and led the program’s economics and public policy concentration at least a dozen times between the early 1990s and the 2012-13 academic year.

“Bobby's long-term service on the MPA admissions committee was distinguished both by his peerless ability to spot overlooked gems in the applicant pool and his tenacious advocacy for a class that reflected true diversity and a commitment to the highest ideals of public service,” said Elizabeth Armstrong, associate professor of sociology and public affairs at SPIA. “His dedication to admissions made the school a better place to learn and to teach.”

In addition to publishing foundational research in industrial organization and training generations of students, Willig was a devoted public servant. From 1989 to 1992, he served as the deputy assistant attorney general for economics in the antitrust division of the United States Department of Justice. He also worked with the Federal Trade Commission, the Organization for Economic Cooperation and Development, the Inter-American Development Bank, the World Bank and many national governments.

At the Department of Justice, Willig applied his expertise to lead the 1992 update of the DOJ/Federal Trade Commission Horizontal Merger Guidelines that outline how the federal government should evaluate the likely competitive impact of a merger.

Speaking at Willig's Oct. 24 funeral service at The Jewish Center of Princeton, the economist Jonathan Marc Orszag, a member of the Princeton Class of 1995 and a co-founder of the economic consulting firm Compass Lexecon, said: “There is not an economic issue over the past five decades that Bobby didn’t help shape, but perhaps his most significant contributions to the antitrust world were to the 1992 Horizontal Merger Guidelines. It was Bobby’s influence that put economic influence at the center of merger matters, and the economy is so much better off as a result.”

Willig was the author of “Welfare Analysis of Policies Affecting Prices and Products” (1980) and “Contestable Markets and the Theory of Industry Structure” (with W. Baumol and J. Panzar, 1982) as well as numerous academic papers and book chapters. Much of his research argued that consumer surplus can be used as a measure of (unobserved) social welfare. This established the “consumer surplus standard” for antitrust in articles dating back to the 1970s.

In “Contestable Markets,” Willig and his co-authors analyzed factors that determine price and structure in a market and made important contributions to the application of antitrust law. They argued that the mere presence of firms that might enter a market, even briefly, can make even a small market with few active firms behave as if it is competitive.

Willig was a co-editor of “The Handbook of Industrial Organization,” “Can Privatization Deliver?: Infrastructure for Latin America,” and “Second Generation Reforms in Infrastructure Services.”

He was a fellow of the Econometric Society and served on the editorial boards of the American Economic Review, the Journal of Industrial Economics and the MIT Press Series on Regulation.

Willig was born in Brooklyn and earned an undergraduate degree from Harvard in mathematics. He received his Ph.D. in economics from Stanford University and, after leading the Economics Research group at Bell Labs, was recruited to Princeton’s faculty in 1978.

In lieu of flowers, the family asks that memorial contributions may be made to National Junior Tennis and Learning of Trenton or The Jewish Center of Princeton.

William Baumol, economist of broad range and influence, dies at 95