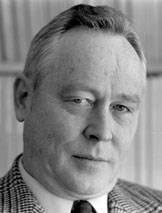 Charles Berry, who touched the lives of thousands of students as a teacher of economics and as a residential college master at the University, died Sept. 2 at home in Princeton of complications from cancer. He was 77.

Berry, a specialist in industrial organization and applied microeconomics, devised the "Berry Ratio," a leading analytic tool embodied in U.S. tax law and now employed throughout the world. He consulted with dozens of government agencies, corporations and law firms on antitrust and regulatory matters, transfer pricing and corporate taxation.

But connecting with students was his enduring passion. Upon his retirement in 1995, he mentioned among his fondest memories "teaching introductory microeconomics, because for many people it is their first exposure to economics."

Berry served as associate dean and director of the graduate program in the Woodrow Wilson School of Public and International Affairs from 1975 to 1978 and again as associate dean of the school from 1980 to 1985. In addition, he was the master of Rockefeller College from 1986 to 1990.

"Charles Berry was a gifted teacher, an extraordinary mentor, a terrific colleague and a generous friend. He was a loyal and dedicated University citizen," said James Trussell, the John Foster Dulles Professor in International Affairs, who has known Berry since coming to Princeton as a graduate student in 1973.

"He had a huge impact on the graduate program in the Woodrow Wilson School, patiently teaching microeconomics to scores of students and leaving a mark on the master's degree curriculum which still exists today," Trussell continued. "As associate dean of the school, he recruited a generation of absolutely world-class economists. Most of all, he instilled in the school faculty the goal of teaching our graduate students, who looked to a future as public policy practitioners, to think clearly about problems in public and international affairs with their heads while recognizing and valuing the passionate fire in their bellies."

Robert Willig, professor of economics and public affairs, who was a friend and colleague for 30 years, added, "He was a passionately staunch advocate of applying sound economics to public policy, and this infused his research, teaching and dedicated service to the Woodrow Wilson School for many years. Charles had a proverbial heart of gold for students and young faculty, which animated his tenure as master of Rockefeller College."

Dean of the College Nancy Malkiel, who was named to that position a year after Berry became master, said, "He brought to the mastership the wisdom of a teacher with a deep commitment to undergraduate education; the good sense and sound judgment of a seasoned administrator; and the special perspective of a father of three and a parent of two Princeton undergraduates. He understood very well the role of the master in setting the tone for his college and in charting a vision for education outside the classroom. He was a wise and generous colleague to his staff, his fellow masters and the deans who worked most closely with the residential colleges. Charles had unfailingly good instincts about his own college and the college system. He was a mentor and friend to hundreds of Rockefeller College students, and a cherished colleague to those of us privileged to work with him."

Professor of German Michael Jennings, who succeeded Berry at Rockefeller, said, "I was extremely fortunate, as a new master, to step into Charles Berry's very large shoes. I inherited an exceedingly well-run, vibrant and happy college. And Charles was remarkably generous with his time and advice, without ever conveying one bit of the sense that I should do anything 'his way.' I soon learned that people came to be very devoted to Charles: administrative staff and undergraduates alike."

Addressing his scholarly endeavors, Willig said, "Professor Berry was professionally distinguished and influential, particularly in his early work on empirical industrial organization, and in his lifelong applied work on international taxation and transfer pricing."

He cited the Berry Ratio, which is used to relate a company's gross profits to operating expenses. It was developed by Berry in conjunction with a tax court case involving transfer pricing between a U.S. parent company and a foreign subsidiary. In addition to engaging in consulting work, Berry was a director of the National Bureau of Economic Research and of Consultants in Industry Economics.

Berry is survived by his wife, Gisella; children, William, a member of Princeton's class of 1989, Rachel, a member of the class of 1991, and Katherine; and two grandchildren.

The funeral will be private and no memorial service is planned.