Leon Gordenker, professor of politics, emeritus, and renowned scholar of international relations, died peacefully of natural causes at home in Middelburg, the Netherlands, on May 17. He was 96.

Gordenker joined Princeton’s faculty in 1958 and transferred to emeritus status in 1986; His teaching and research focused on international handling of refugee issues, international secretariats and related issues in world politics, including developments in southern Africa. At Princeton, he also served as director of the Program in African Studies, a faculty associate of the Center of International Studies and director of graduate studies of the politics department.

“Although Professor Gordenker retired more than 30 years ago, he is still remembered fondly by colleagues who were in the department at that time,” said Alan Patten, the Howard Harrison and Gabrielle Snyder Beck Professor of Politics and department chair. “A distinguished scholar of international relations, Gordenker remained actively involved in scholarship well into his nineties.” 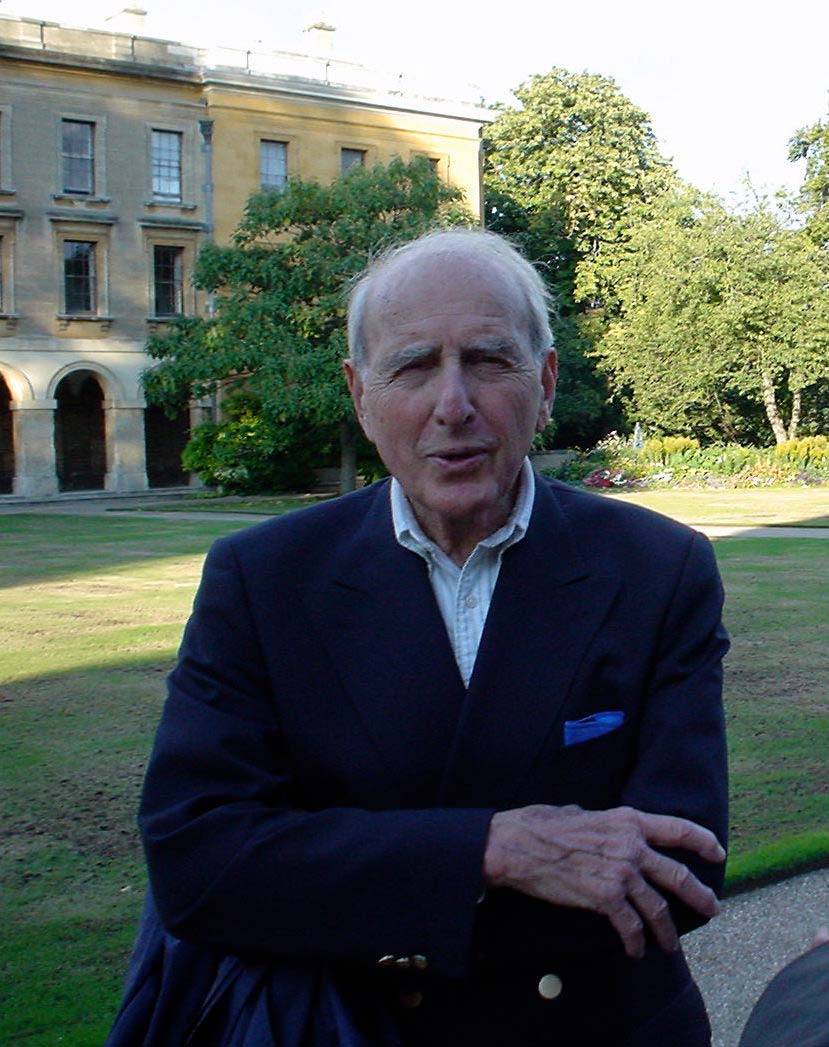 Photo courtesy of the Gordenker family

Gordenker was born in Detroit on Oct. 7, 1923, to Ukranian and Polish immigrants. After earning his bachelor’s degree at the University of Michigan in 1943, he was an editor-reporter for the Associated Press in Detroit and later a special writer for The Detroit Free Press. After serving as an information specialist with the National War Labor Board in Washington during World War II, he was one of the first Americans to join the new United Nations Secretariat, serving as an information officer for eight years, working in Korea and Western Europe as well as New York. He resigned to serve the UN as a consultant, and earned his Ph.D. from Columbia University in 1958, followed by postgraduate work at the Academy of International Law at The Hague. He also studied at the Institut d’Etudes Politiques in Paris on a Fulbright grant in 1952.

“Lee was a post-war figure who had great concern for refugees; he recognized that people being displaced and relocating to other countries was going to be a gigantic problem and had to be handled,” said Ezra Suleiman, the IBM Professor in International Studies, professor of politics and the director of the Program in Contemporary European Politics and Society. “He started his work on the UN, then encouraged a whole industry of working on international organizations. In that sense he was quite important.”

Suleiman continued: “He was a terrific mentor — he was one of those people who focused on the new generation, he was very open and very welcoming. Despite his gentleness, he had very high standards. He instilled his core values related to peace, international cooperation and refugee issues.”

“Leon was a kind and gentle soul,” said Atul Kohli, the David K.E. Bruce Professor of International Affairs, and professor of politics and international affairs. “He was very much ‘old school,’ wore jackets and tie to the University, believed in spending time with Princeton undergraduates and continued to believe in the possibility of world peace even during the belligerent Cold War years.”

Gordenker wrote “The United Nations and the Peaceful Unification of Korea” (1959), “The UN Secretary-General and the Maintenance of Peace” (1967), and “International Aid and National Decisions” (1976). He was editor of “The United Nations in International Politics” (1971) and “The International Executive (1978), and co-editor of “Resolving Nationality Conflicts” (1980). After his formal retirement, he moved to the Netherlands and continued his research and publication on institutionalized international relations, including “International Cooperation in Response to AIDS” (with Roger Coates et al, 1995) and “The UN Secretary-General and Secretariat,” 2nd ed. (2010, and with P.R. Baehr [in Dutch] 2010).

At Princeton, his graduate and undergraduate students cherished his mentorship and many became lifelong friends.

Thomas Weiss, a 1974 graduate alumnus of Princeton’s Woodrow Wilson School of Public and International Affairs, took Gordenker’s seminar on the United Nations in 1970, and stayed in constant touch throughout his career. In 1996, they co-authored the book “Non-Governmental Organizations, the United Nations and Global Governance.” Weiss visited Gordenker at least once a year in the Netherlands for the last several decades.

“Leon was unpretentious, straightforward and utterly genuine — three qualities that I have always particularly admired,” said Weiss, the Presidential Professor of Political Science at The City University of New York’s Graduate Center. “He also had a wonderfully low-key, wry sense of humor. A relationship that began as one between mentee and generous mentor, shortly and over half a century became a collegial and cherished friendship.”

"For me, he was everything a dissertation adviser should be,” said David Forsythe, a 1968 graduate alumnus, and the Emeritus University Professor and Charles J. Mach Distinguished Professor of Political Science at the University of Nebraska-Lincoln. “He paid attention to a lowly graduate student, and then he opened professional doors for me as I became a young college teacher. He helped me get established in the field of international relations, introduced me to other scholars and collaborated on various research projects. In sum, he was a wonderful mentor who became a colleague and personal friend."

Forsythe was the editor of “The United Nations in the World Political Economy: Essays in Honor of Leon Gordenker” (1989), produced by colleagues and friends on the occasion of his retirement from Princeton.

Steven Ratner, a member of the Class of 1982 and a concentrator in the Woodrow Wilson School, wrote his senior thesis on the UN's attempts after the Munich Olympic massacre to build an international counter-terrorism regime. He asked Gordenker to be his adviser but admits he was nervous — he had not taken any of Gordenker’s classes. It all worked out: they remained close friends for decades and Ratner visited Gordenker in the Netherlands as recently as last fall.

“I was a little petrified at first, especially after he tore apart an early draft and sent me — shocked — back to the drawing board,” said Ratner, the Bruno Simma Collegiate Professor of Law at the University of Michigan Law School. “But I can't overstate how much I learned from him about how to think about international relations and the workings, promises and pitfalls of international institutions. He constantly encouraged me in my work both at the State Department and later in academia.”

Ratner also lauded Gordenker as a scholar. “First, Lee always showed a remarkable combination of great optimism about the potential for international organizations and deep skepticism of the motivations of the states that run them. And second, at a time when international relations was shifting to quantitative methodologies, Lee was firmly committed to the view that one could only understand institutions by deep exposure to their internal workings, whether as employee or interviewer. These lessons have stayed with me for 38 years.”

Gordenker brought his love of the Netherlands — his first wife, Belia Strootman, whom he married in 1956, was from Utrecht — with him to Princeton. When Queen Beatrix of the Netherlands came to visit the University in 1982 while in the United States to celebrate the 200th anniversary of the establishment of diplomatic relations between the two countries, she addressed a crowd of more than 500 in McCosh Courtyard; Gordenker was among the speakers, who also included Princeton President William G. Bowen and New Jersey Gov. Tom Kean.

Gordenker’s family held a small private service and hopes to organize a memorial service at a later date, when travel permits.

Gordenker is survived by his partner Sophia Smitskamp of Middelburg, Netherlands; three children, Robert Gordenker of Ann Arbor, Michigan, Hendrik Gordenker of Tokyo, a 1981 Princeton alumnus in philosophy and 1987 graduate alumnus of the Woodrow Wilson School of Public and International Affairs, and Emilie Gordenker of Amsterdam; and two grandsons.

View or share comments on a blog intended to honor Gordenker’s life and legacy.