Robert George Gilpin Jr., the Dwight D. Eisenhower Professor of International Affairs, Emeritus, and professor of politics and international affairs, emeritus, in the Woodrow Wilson School and the Department of Politics at Princeton University, died June 20 in Waterbury, Vermont. He was 87. 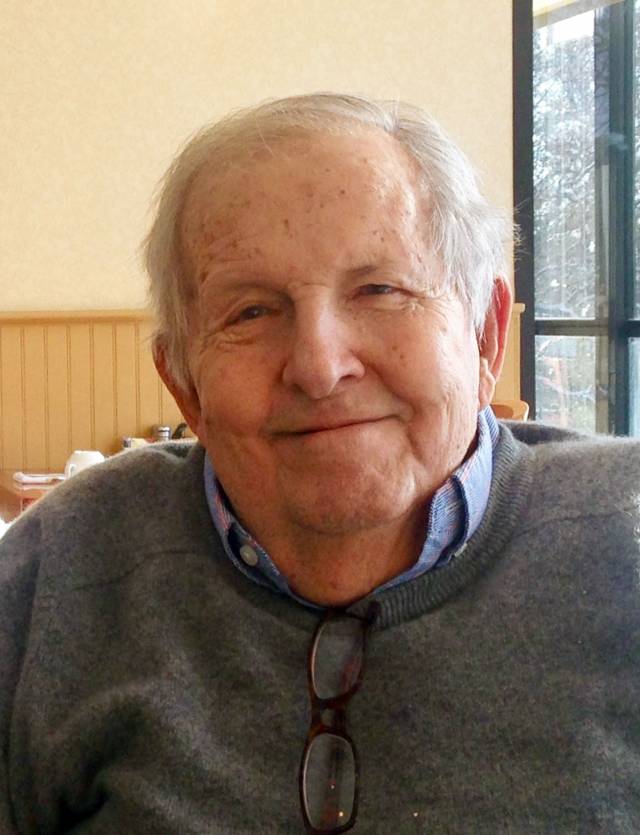 Photo courtesy of the Gilpin Family

Gilpin, who served on the Princeton faculty for 36 years, was an expert on international political economy, especially the effect of multinational corporations on state autonomy. He was a faculty associate of Princeton’s Center of International Studies and the Liechtenstein Institute on Self-Determination.

“Bob was a towering figure in the field of international relations, certainly one of the most original and important scholars of the post-World War II period,” said Aaron Friedberg, professor of politics and international affairs in the Woodrow Wilson School. “At a time when many were inclined to treat the two as separate domains, Bob sought to explain the interrelationships between international economic processes, on the one hand, and the dynamics of international politics, on the other.”

Gilpin's early studies examined the role of scientists in the formation of policy and the impact of nuclear weapons in international relations. His books include “American Scientists and Nuclear Weapons Policy,” “U.S. Power and the Multinational Corporation,” “War and Change in World Politics,” and “The Political Economy of International Relations,” the latter of which won the 1988 Woodrow Wilson Foundation Book Award for the best book in political science and the Best New Professional and Scholarly Book in Business, Management and Economics award for 1987.

“His ideas helped shape the thinking of generations of scholars and students, including many at Princeton,” Friedberg said. “The problems to which Bob devoted his career — the preconditions for and impact of globalization, the dynamics of international technological competition, the rise and fall of great powers — remain of obvious relevance today, as do his many books and essays on these subjects.”

Gilpin was born in Burlington, Vermont, on July 2, 1930. He received a B.A. from the University of Vermont and an M.S. from Cornell University, then spent three years as an officer in the U.S. Navy before earning his Ph.D. at the University of California-Berkeley. He briefly served as associate director of the Council for Atomic Age Studies at Columbia University, joining the Princeton faculty in 1962.

In 1998, Gilpin transferred to emeritus status.

Wolfgang Danspeckgruber, founding director of Princeton’s Liechtenstein Institute on Self-Determination, said Gilpin was “a very dear man,” devoted to his wife and family, and a Vermonter through and through.

“He was a brilliant, serious scholar, great mentor and teacher — and a real mensch,” Danspeckgruber said. “Bob was generally rather quiet, but when he said something — typically in a rather low voice — the conversation could stop. He managed to dissect the mechanics, components and background of elements in any given crisis or key issue and to explain them, bringing to bear history, science, economics and psychology.”

Gilpin participated in the founding conference for the Liechtenstein Colloquium on European and International Affairs in 1989. In 2005, for its 10th colloquium, the institute celebrated Gilpin’s body of work, later compiling the presentations and additional essays by eminent political scientists as a Festschrift to honor Gilpin’s scholarship, mentorship and his contributions to the study of international relations.

Richard Falk, the Albert G. Milbank Professor of International Law and Practice, Emeritus, and professor of politics and international affairs, emeritus, said: “Bob Gilpin was my friend and colleague in the Princeton Department of Politics for almost 40 years, even sharing a love for and engagement with Vermont. Not once during this long span of time did Bob falter as someone of brilliant insight and exemplary character.

“Despite our differences in background, lifestyle and approach, we seldom disagreed on major issues within the University or on matters of policy in the wider world. Indeed, it was a privilege to have this close contact with someone who exemplified the best qualities of mind and heart, beloved by the best students, while managing sustained energy dedicated to cutting-edge scholarship,” he said.

David Spiro, an adjunct associate professor of political science at Columbia University who was Gilpin’s dissertation advisee, said he began his graduate studies interested in Middle East politics, but switched his focus to international political economy after one course with Gilpin.

“The guy was brilliant and really looked at the world very differently,” Spiro said. “A lot of people see the world in a linear respect, and he thought it was a circle. Very radical people who are on opposite ends of the political spectrum are much closer to each other in a circle.

“To much of the world, his ideas changed the way we think about economics and politics,” Spiro added.

Charles Beitz, the Edwards S. Sanford Professor of Politics and director of the Program in Political Philosophy, recalls meeting Gilpin in the 1970s as a graduate student. “He can’t have been much older than 40 but was already regarded as a leader of his generation of international relations scholars,” Beitz said. “There were other ‘greats’ in that generation, but there was nobody who rivaled Bob in the comprehensiveness of his grasp of the history and theory of international relations.”

“Bob was a wonderful teacher and an inspiration to his students, generous with his time and attention,” said Joanne Gowa, the William P. Boswell Professor of World Politics of Peace and War who received her Ph.D. at Princeton as Gilpin’s advisee.“There are few like him.”

George Kateb, the William Nelson Cromwell Professor of Politics, Emeritus, said he and Gilpin came to know each other better in retirement, maintaining a lively correspondence about the neoconservative influence on President George W. Bush, especially in regard to the war the U.S. waged against Iraq. “He was just as disturbed about neocon influence as I was,” Kateb said. “I learned a lot from him; our correspondence made me wish that before we had both retired we had known each other better face to face. But I knew him enough early on to be struck by his gentle manner and soft-spoken brilliance.”

Gilpin served on numerous boards and won several fellowships, including a Guggenheim Fellowship. He was a member of the Council on Foreign Relations, a fellow of the American Academy of Arts and Sciences, and served as vice president of the American Political Science Association.

Gilpin’s wife, Jean (Millis), died in October 2017. He is survived by his three children, Linda, Class of 1980, and Beth, of Waterbury, Vermont; and Rob, of Newton, Massachusetts, as well as eight grandchildren.

Combined services for Gilpin and his wife will be held Aug. 5 in Vermont and this fall in Princeton. Information can be found on Gilpin’s memorial Facebook page at facebook.com/Robert.G.Gilpin. Memorial donations may be made to the University of Vermont General Scholarship Fund.

View or share comments on a blog intended to honor Gilpin’s life and legacy.