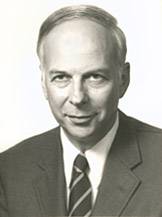 Robert Tucker, a Princeton University professor emeritus of politics who was an authority on the Soviet Union, Josef Stalin and Marxism, died July 29 of pneumonia at his home in Princeton, N.J. He was 92.

Tucker, the IBM Professor of International Studies Emeritus, worked in the U.S. Embassy in Moscow for nine years during Stalin's rule, developing a deep understanding of the country that informed his scholarship and teaching for decades.

As a member of the Princeton faculty from 1962 to 1984, Tucker also was the first director of the University's Russian studies program.

According to Princeton politics professor Mark Beissinger, Tucker explored in his biographies about Stalin the Soviet leader's childhood abuse by his father and his psychological makeup while explaining Stalin's leadership methods, such as the use of violence as a central element of policy.

"The work on Stalin was probably the first work to really look at Stalin the person and try to come up with a theory of what motivated Stalin to engage in his policies based on his personality -- what Bob Tucker called his dictatorial personality," said Beissinger, a scholar of the Soviet Union and post-Soviet states. "His work on Stalin has a lasting value for those who want to understand Stalinism and the roots of the Cold War."

Tucker's experiences as an attaché in Moscow gave him firsthand knowledge of how Stalin operated. He was the editor of the U.S. and British embassies' joint press translation service, and he also observed the cult of personality around the leader in the press and national celebrations.

He meant to stay in Moscow only two years. Almost immediately upon arriving, however, Tucker met his future wife, Evgeniya Pestretsova at the opera, and they married in 1946, but she was denied an exit visa until Stalin's death in 1953.

It was a difficult time for the couple, and Tucker referred to it as "serving an indefinite sentence" in a 1982 Princeton Alumni Weekly article. He wrote that he felt "intense elation" when Stalin died, both because he saw his time in the Soviet Union and Stalin’s dictatorial rule coming to an end. Yet Tucker's experience living in the Soviet Union under Stalin was rare among Soviet specialists and added much insight into his work, Beissinger said.

Tucker went back to the Soviet Union in 1958 as an interpreter for former presidential candidate Adlai Stevenson, and was able to use the visit to settle another family problem.

At the end of a meeting with Nikita Khrushchev, the Soviet leader asked, per protocol, if there was anything he could do for Stevenson. Stevenson declined, but said his interpreter had a question, and Tucker asked about his mother-in-law's exit visa, which had been denied multiple times. Shortly thereafter, she was allowed to immigrate to the United States.

Tucker was remembered by colleagues and family as intense about his work, and warm in his personal relationships.

Political theorist Charles Beitz, who received his Ph.D. at Princeton in 1978 after an oral examination in which Tucker participated, recalled his impressions as a student.

"He asked hard questions in the most generous possible way," said Beitz, now Princeton's Edwards S. Sanford Professor of Politics. "If you were a graduate student, even if you did not know him well, you looked at him with a kind of awe -- he was a model scholar and teacher."

Tucker's "The Marxian Revolutionary Idea," published in 1969, said Beitz, was "required reading for anyone seriously interested in Marx in the 1970s. … Bob made it safe for the generation that followed him to treat Marx as a political thinker of the first importance rather than simply as the ideological source of Soviet Communism -- to our minds today, a ludicrous way to think of Marx, but hardly uncommon when Bob wrote."

Tucker was born on May 29, 1918, in Kansas City, Mo. He earned his bachelor's and master's degrees from Harvard University before working for the U.S. Office of Strategic Services from 1942 to 1944. He then went to Moscow, and upon his return, he completed his dissertation, worked as a researcher at the Rand Corp. and taught at Indiana University before coming to Princeton in 1962.

Tucker served on the politics department faculty, was a faculty associate in the Center of International Studies in the Woodrow Wilson School of Public and International Affairs, and in 1963 became founding director of the Russian studies program, which is now the Program in Russian and Eurasian Studies. He also was the chair of the Council on International and Regional Studies.

Some of the courses he taught were "Soviet Foreign Policy," "Political Leadership and Personality," "Marxist Thought" and "Communist Political Systems."

Among his many honors were a nomination for the National Book Award in history for "Stalin as Revolutionary" and fellowships from the John Simon Guggenheim Memorial Foundation, International Research and Exchanges Board, and National Endowment for the Humanities.

He was a fellow of the American Academy of Arts and Sciences, and held leadership roles in the American Political Science Association, American Association for the Advancement of Slavic Studies and International Society of Political Psychology.

Tucker is survived by his wife; his daughter, Liza Tucker of South Pasadena, Calif.; two grandchildren; and his sister, Marilyn Goldman of Kansas City, Mo.

A campus memorial service is being planned for the fall.