Robert “Bob” Tignor, the Rosengarten Professor of Modern and Contemporary History, Emeritus, and a renowned scholar of British colonialism and its aftermath, world history, and the modern histories of Egypt, Nigeria and Kenya, died of complications related to pneumonia at his home in Princeton on Dec. 9. He was 89. 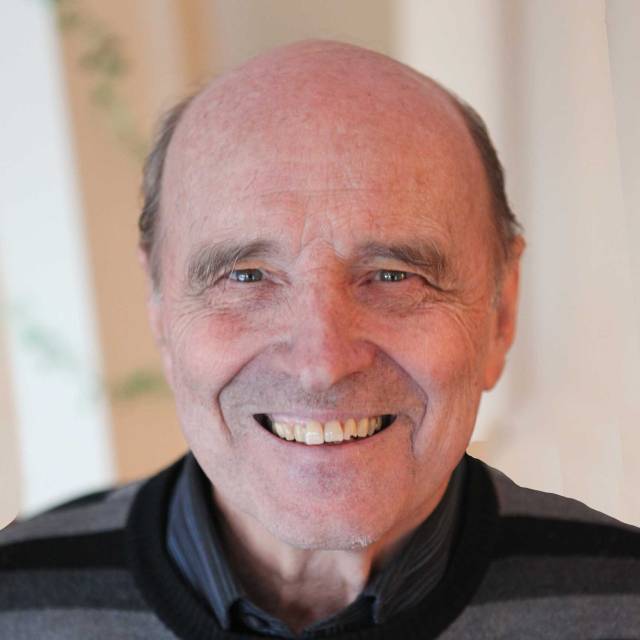 Tignor spent his entire career at Princeton. He joined the faculty in 1960 after earning his Ph.D. at Yale University and taught for 46 years before transferring to emeritus status in 2006. He was also affiliated with the Program in Near Eastern Studies and the Program in African Studies and served as director of the latter from 1970 to 1979.

While Tignor was hired originally as a historian of Egypt and seen as a rising figure in Middle East history, Jerome Blum, the department chair at that time, suggested that Tignor offer Princeton’s first courses in African history. Tignor moved to Nairobi, learned new languages including Arabic, and immersed himself in the history of the continent as he explored new methods, including ethnographic accounts of the roles of the Kamba, Kikuyu and Maasai peoples of East Africa in the rise and fall of the British empire in Kenya.

As chair of the Department of History for 14 years, Tignor then helped to push the intellectual frontiers of the department beyond Europe and North America. He supported the creation of new kinds of courses, in new fields, with connections and support for interdisciplinary international studies, especially in African, Asian and Latin American studies, and initiated graduate and undergraduate courses in world history.

“Bob Tignor focused on empire and capitalism before either topic was fashionable, and his six monographs include a moving biography of the development economist and longtime Princeton faculty member W. Arthur Lewis, the first Black recipient of the Nobel Prize in Economics,” said Angela Creager, the Thomas M. Siebel Professor in the History of Science, professor of history and department chair. “Bob catalyzed the department’s determination to cover more parts of the world, as well as to map its interconnected histories. His leadership, teaching and service have left a deep imprint on our department and our entire discipline.”

In the mid-1990s, Tignor began a sweeping, collaborative project among a group of junior and senior colleagues, including Peter Brown, the Philip and Beulah Rollins Professor of History, Emeritus; Gyan Prakash, the Dayton-Stockton Professor of History; Jeremy Adelman, the Henry Charles Lea Professor of History; and others. What emerged was “Worlds Together, Worlds Apart: A History of the Modern World: 1300 to the Present” (Norton, 2002), a two-volume history of the world that is generally regarded as the defining scholarly work in the field and leading college-level textbook on global history.

In a written tribute to Tignor on the occasion of his retirement, Brown, a world-renowned historian who is credited with having created the field of study referred to as late antiquity (250-800 A.D.) — the period during which Rome fell and Christianity spread across Europe — said the collaboration on “Worlds Together, Worlds Apart” allowed him to “take the full measure of a scholar whose very efficiency and good nature as a colleague had led one almost to take him for granted. He is a towering figure among us.”

“'Worlds Together, Worlds Apart’ was part of Bob’s effort to write and teach history from a truly global, non-Eurocentric point of view,” said Prakash, who also co-taught with Tignor for 13 years starting in 1990 a new survey course they designed, “A History of the Modern World Since 1300,” now the department’s gateway course. “He was singularly important in diversifying the history department, hiring historians of regions other than the U.S. and Europe, myself included, and many others.”

Prakash added: “Outside academics, Bob and I shared a love for the Philadelphia 76ers. We went together to watch many of their games where he stood up to applaud repeatedly when Allen Iverson made spectacular plays. When I went to see him shortly before his passing away, he perked up noticeably when I mentioned the history department and the Sixers, both of which he loved till the very end.”

Adelman, who Tignor hired in 1992, said the experience of working on “Worlds Together, Worlds Apart” was transformative. “For each one of us, it was a defining moment as teachers and writers. Bob’s leadership expanded the horizons of what we could contribute. When I followed him as chair, he was a model. Bob gave depth and meaning to the word colleague.”

James McPherson, the George Henry Davis 1886 Professor of American History, Emeritus, arrived at the University in 1962. Though as historians their fields were different — McPherson is a preeminent Civil War historian — he remembers precepting once for Tignor in his undergraduate African history course. “I can testify to his outstanding qualities as a teacher. And I can also testify to his excellence as a department chair and high quality of leadership,” said McPherson, adding that their friendship truly flourished on the squash and tennis court over the course of 60 years and hundreds of matches. “He was an excellent player, so most of our matches were Tignor victories.  We were both middling tennis players, so those matches were probably a draw. I will miss him greatly as a friend and colleague.”

Tignor taught generations of students in his graduate and undergraduate courses in modern African history and modern world history.

Many of his graduate students have gone on to prestigious academic careers and remember his no-nonsense mentorship, even outside his academic areas of specialty.

“Bob Tignor has been my role model for professional integrity and scholarly excellence,” said Heather Sharkey, professor and chair of the Department of Near Eastern Languages and Civilizations at the University of Pennsylvania, who earned her Ph.D. in 1998. “Down to earth, enthusiastic and always open to new lines of inquiry, he was also extremely practical. Need to read a book in Arabic or German? Then learn enough to do the job!  I quote him all the time to my graduate students, especially his injunction to ‘Keep your eye on the prize,’ meaning, finish the dissertation and forge on. He called himself a ‘workaday historian,’ but upon considering all he accomplished, I can say that he was definitely cool.”

“In 1983, Bob agreed to advise my dissertation topic on the French ‘civilizing mission’ in West Africa, despite it being far afield from his own area of expertise,” said Alice Conklin, College of Arts & Sciences Distinguished Professor of History at Ohio State University, who earned her Ph.D. in 1989. “Direct, sometimes very direct, he told me what I needed to hear but always gave me free rein to develop my own ideas. For that I remain eternally grateful.”

“Bob was a wonderful mentor,” said Elizabeth Foster, professor of history and director of graduate studies in history at Tufts University, who earned her Ph.D. in 2006. “He introduced me to the field of African history, which had a profound influence on the trajectory of my career. What I loved about Bob was that he had a warm heart, a sparkle in his eye, and a wry sense of humor, but he did not brook nonsense from anyone. He said exactly what he thought, whether it was about the Philadelphia Eagles or a scholarly intervention, and I always knew he would be completely honest with me.”

Foster continued: “The older I get, and the more I see of the academia and the wider world, I am ever more aware of how fortunate I am to have crossed paths with him at such a formative time in my life.”

Tignor’s contributions to the scholarship in world history are standard-bearers in the field. In addition to “Worlds Together, Worlds Apart,” his many books include: “Modernization and British Colonial Rule in Egypt, 1882-1914” (1966), “Egypt and the Sudan” (1967), “The Colonial Transformation of Kenya” (1976), “The Political Economy of Income Distribution in Egypt” (1982), “State, Private Enterprise, and Economic Change in Egypt, 1918-1952” (1984), “Egyptian Textiles and British Capital, 1930-1956” (1989) and “Capitalism and Nationalism at the End of Empire: State and Business in Decolonizing Egypt, Nigeria, and Kenya, 1945-1963” (1998). His research required that he live for a year at a time all over the globe; he and his family lived in Sudan, Nigeria, Egypt, England and Kenya.

Tignor continued to write and publish long into his retirement. In 2006, he published “W. Arthur Lewis and the Birth of Development Economics” (Princeton University Press), the first intellectual biography of the West Indian-born, British-educated development economist, whose life and influence were deeply involved in race relations and decolonization in Europe, Africa and the Americas. Lewis served on Princeton’s faculty from 1963 to 1983 and was the University’s first Black full professor. In 2018, Robertson Hall’s main auditorium was renamed in his honor. Tignor wrote “Egypt: A Short History” (Princeton University Press, 2010) and “Anwar al-Sadat: Transforming the Middle East” (Oxford University Press, 2016). He also completed revisions of “Worlds Together, Worlds Apart” and wrote a companion volume.

A memorial service will be held at the Unitarian Universalist Congregation of Princeton, 50 Cherry Hill Rd., Princeton, New Jersey, at 2 p.m. Sunday, Feb. 19, 2023.

Donations may be made to the Unitarian Universalist Congregation of Princeton and Thirteen – New York Public Media (WNET/PBS).

At the time of Tignor’s death, his wife, Marian Tignor, was alive, but suffered a stroke on Dec. 15 and died at home that same day. He is predeceased by his son, Jeffrey David Tignor, who died in 2003. He is survived by his brother, Richard Tignor; his sisters, Joan Tiernan and Judy Russo; his daughters, Laura Tignor and Sandra Selby and husband Trevor Selby; and four grandchildren, Sam Cobb, Hilde McKernan, Owen Selby and Isabel Selby.

View or share comments on a blog intended to honor Tignor’s life and legacy.