L. Carl Brown, a historian of the modern Near East and North Africa with special emphasis on the Arab world, died in Mitchellville, Maryland, on April 8. He was 91. 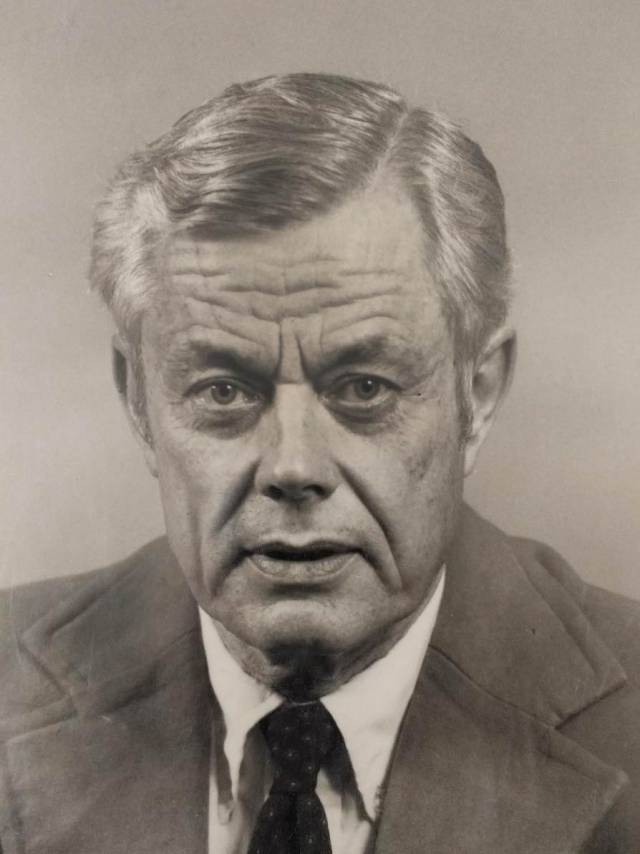 Photo from the Princeton Weekly Bulletin

"The late Professor Brown was the ‘dean’ of North African studies in the U.S.,” said M. Şükrü Hanioğlu, the Garrett Professor in Foreign Affairs and Professor of Near Eastern Studies. “He was a beloved colleague, caring and inspiring teacher, and prolific scholar who taught several generations of students at major institutions of learning in the United States. As a leading scholar in his field, he touched the minds of so many who follow in his footsteps. He contributed to many subfields of Middle Eastern history with many books, edited volumes, translations and pioneering articles ranging from Tunisian history to Islamic constitutionalism and from the Afro-Asian successors of the Ottoman Empire to diplomacy in the modern Middle East.”

“I learnt most of what I know about the modern history of the Middle East from Carl,” said Michael Cook, the Class of 1943 University Professor of Near Eastern Studies. “In my second year on the Princeton faculty, he grabbed me in the corridor and pressed me to precept for his course on international relations in the Middle East. I was too green to refuse, and spent the semester scrambling desperately to absorb his lectures and the reading in time to hold my end up in the precept.

“Fortunately, his lectures were very clear, organized and insightful, and I owe it to Carl that at the end of the course one of my students ended a rather mixed evaluation of my teaching with the ill-founded observation “but he does know his stuff.” One thing all this illustrates is Carl’s intense sense of duty — a sense that he unthinkingly expected his colleagues to share. If there was ever the Protestant ethic incarnate, he was it.”

L. Carl Brown was born in Mayfield, Kentucky, on April 22, 1928. He received a bachelor’s degree from Vanderbilt University and a master’s degree from the University of Virginia. In the 1950s, Brown spent six years with the U.S. Foreign Service in Lebanon and Sudan. In 1962, he completed his Ph.D. in history and Middle Eastern studies at Harvard University and taught there before joining Princeton’s faculty in 1966.

Brown is the author of numerous books and articles, among them, “The Surest Path: The Political Treatise of a 19th-Century Muslim Statesman” (1967), “The Tunisia of Ahmad Bey” (1975), “International Politics in the Middle East: Old Rules, Dangerous Game” (1984) and “Religion and State: The Muslim Approach to Politics” (2000). In 2005, Brown received the Arkansas Arabic Translation Award by the University of Arkansas Press and the university’s King Fahd Center of Middle East and Islamic Studies for his translation of “Consult Them in the Matter: A 19th-Century Islamic Argument for Constitutional Government” by the Tunisian historian Ahmad ibn Abi Diyaf. The work is considered a pioneering text in modern Arab and Islamic political philosophy.

“L. Carl Brown was a pillar of the Near Eastern Studies department for many decades,” said Eva Bellin, a professor of politics at Brandeis University who earned her Ph.D. from Princeton. “He shepherded countless undergraduates and graduate students through the program with generosity and intellectual verve. He modeled discipline and stamina, regularly writing books and articles throughout his long career. He built community, hosting the program's weekly brown bag lunches every Tuesday (Pepperidge Farm cookies and soda included!) bringing together faculty and students from across the Princeton community to reflect on the latest research in Middle Eastern politics, history and culture.”

Continued Bellin: “Long after I had earned my degree at Princeton, Professor Carl (as I came to call him ... I never could call him by his first name even after he'd invited me to do so in later years) kept in touch, encouraging hard work and engagement. And even though he held himself to the highest academic standards, one could always discern in him a glimmer of skepticism about the vanities of the academy, expressed in the twang of his native Kentucky and with the assurance of a former foreign service officer who had seen other worlds. Shortly after I began my first teaching job (and had written to him about all the work I had before me) he wrote, quoting from Ecclesiastes, "Of making many books there is no end and much study is wearisome to the flesh." I still have that letter. He was a lodestar in my academic career. He was the epitome of Princeton courtliness and commitment. I will miss him.”

Nathan Brown (no relation), a professor of political science and international affairs at George Washington University, described Carl Brown as a role model and mentor.

“[He] took an early (and almost paternal) interest in me from the moment I set foot in his office in Jones Hall in September 1980, 40 years ago,” said Nathan Brown. “When he learned that I had never been to the Arab world, rather than asking me why in the world I wanted to focus on it, he simply said, 'Well, we’ll find a way to get you over there.' And he did. He secured funding for some of my doctoral study and Princeton, wrote letters of recommendation for me (one colleague once told me 'Carl Brown writes the best letter of recommendation in the world!'), encouraged my progress, and tolerated the fact that I was virtually mute in seminar."

He added that experiencing how Brown supported his students is an example he tries to emulate … “[H]e is very much a warm and reassuring presence in my office, coaching me when I am talking with a student who seems almost too shy to speak.”

Brown served as president of the Middle East Studies Association and on the boards of governors of the Institute of Current World Affairs and the Middle East Institute. He received a Guggenheim Fellowship in 1973. In 1985, he worked with the New Jersey Network to produce a documentary television series titled “World & Time,” comprising five half-hour telecasts aired in June on N.J. public broadcast stations. The first program in the series, "Islam and Politics," examined the roots of radicalism among Muslim fundamentalists within the context of 200 years of Western political influence.

"I go back a long way with Carl Brown," said John Waterbury, president emeritus, the American University of Beirut. "When I first met him as a Ph.D. candidate, he was still at Harvard. He was in the vanguard of North Americans studying the Maghreb, along with Bill Zartman, Doug Ashford, Ben Rivlin, Clem Moore and Cliff Geertz. I had stepped into the, for me, terra incognita of Morocco, and sought advice from a pioneer. So it was a real pleasure many years later, in 1978, to join up with him again, this time as a colleague at Princeton. I remember him for his solid scholarship, common sense, and his unrepentant attachment to his Kentucky roots — a man who would say un-self consciously, 'dang' and 'dagnabit.' I recall him remarking ruefully during a seminar that referenced the 'occupied territories,' : 'I know a thing or two about living under occupation.' I missed Carl’s last years at Princeton as I set off to Beirut for a decade beginning in 1998. But he paid me a great compliment in turning over to me his role as the reviewer of titles on the Middle East for Foreign Affairs."

Brown is survived by his sons, Jefferson Travis Brown and Joseph Winchester Brown, and six grandchildren. His wife, Anne, died in 2017, and daughter, Elizabeth Boone Brown, died in 2009.

View or share comments on a blog intended to honor Brown’s life and legacy.