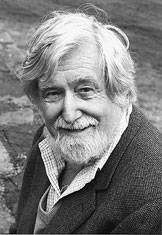 Clifford Geertz, an eminent cultural anthropologist at the Institute for Advanced Study who had a long association with Princeton University, died Monday, Oct. 30, following heart surgery at the Hospital of the University of Pennsylvania. He was 80.

Geertz was a professor emeritus in the School of Social Science at the institute, where he had served on the faculty since 1970. He also held an appointment as visiting lecturer with rank of professor in the Department of History at Princeton from 1975 to 2000.

Geertz was known for his extensive research in Indonesia and Morocco on topics such as religion, particularly Islam; bazaar trade; economic development; traditional political structures; and village and family life. His landmark contributions to social and cultural theory not only have influenced anthropologists, but also geographers, ecologists, political scientists, humanists and historians.

Geertz's many books include "The Religion of Java," "Islam Observed: Religious Development in Morocco and Indonesia," "The Interpretation of Cultures: Selected Essays," "Negara: The Theatre State in 19th-Century Bali" and "The Politics of Culture, Asian Identities in a Splintered World." At the time of his death, Geertz was working on the general question of ethnic diversity and its implications in the modern world.

Geertz's works have been translated into more than 20 languages. He received numerous award and honors, including the National Book Critics Circle Prize in Criticism and honorary degrees from Princeton (in 1995) and several other institutions.

More information is available on the Institute for Advanced Study's website.

Keynote address at conference on Islam describes diversity of views