Theodore Rabb, professor of history, emeritus, founder of Princeton’s “Humanities Sequence” and an innovative teacher of generations of students, died Jan. 7 at Penn Medicine Princeton Medical Center. He was 81. 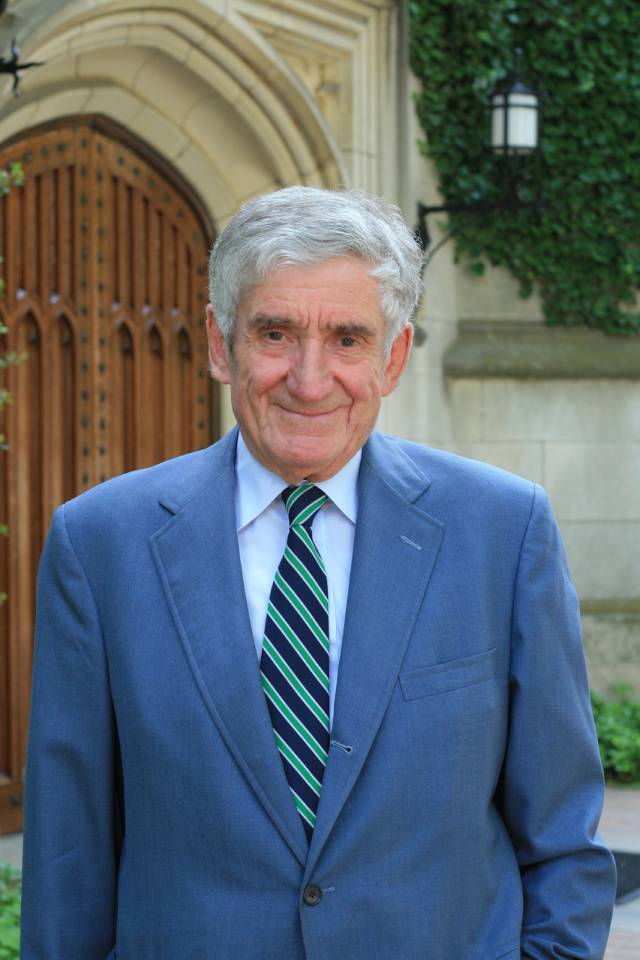 Rabb was a specialist in 16th- and 17th-century Europe with a broad interest in many areas. He was involved in research ranging from climate history to the history of diet to quantitative studies. He also established several initiatives to support the quality of teaching at Princeton, as well as at community colleges in New Jersey.

He transferred to emeritus status in 2006 after 39 years of service.

During the 1990s, Rabb worked with John Fleming, Robert Hollander and others to create Humanities 216-219, a landmark, interdisciplinary, four-course sequence that continues to introduce a select group of first-year students to Western ideas and culture through the works of Plato, Aristotle, Sophocles, Cicero, St. Augustine and many others.

“Ted Rabb understood with a sweeping breadth the particular genius of the Western cultural traditions from which the modern university and indeed our very nation derives, and was a wellspring of creative ideas concerning their study and contemporary presentation,” said Fleming, the Louis W. Fairchild ’24 Professor of English and Comparative Literature, Emeritus.

“The program he designed to encourage Princeton doctoral students to consider careers in the community colleges was innovative and in a certain sense also prophetic,” added Fleming. “Most important, for me personally, was his extraordinary initiative in founding the ‘double’ Humanities Studies introductory sequence, which is now one of the most famous undergraduate courses at Princeton, and certainly one of the most challenging and successful.”

Rabb was an early adopter of quantitative methods in the humanities, pioneering their use in pre-19th-century history in his first book, “Enterprise and Empire” (1967), which used data to study the British merchants who powered the expansion of the British commercial empire.

Among his other major topics were diplomatic and military history, family history, historiography and the Scientific Revolution. His subsequent books include “The Struggle for Stability in Early Modern Europe” (1975), “Renaissance Lives” (1993), “Jacobean Gentleman: Sir Edwin Sandys” (1998) and “The Last Days of the Renaissance & the March to Modernity” (2006).

Rabb was born on March 5, 1937, in Templice-Sanov, Czechoslovakia, and raised in London. He received bachelor’s and master’s degrees from Queen’s College, Oxford University.

Rabb came to Princeton in 1958 and studied with faculty including Elmore Harris Harbison and Frank Craven, receiving his Ph.D. in 1961. Rabb went on to teach at Stanford, Northwestern and Harvard universities before returning to Princeton as an associate professor in 1967.

Throughout his career, Rabb advanced programs and ideas to improve education at Princeton and beyond.

In 2017, he returned to the Humanities Council to give a keynote talk at a symposium celebrating the 25th year of the Humanities Sequence, telling those in attendance that although it had evolved over the years, what had not changed was its initial emphasis: to empower students.

“Professor Rabb was an outstanding teacher who brought a remarkably interdisciplinary and collaborative spirit to humanities teaching,” said Kathleen Crown, executive director of the Humanities Council. “Professor Rabb was dedicated to his students, and colleagues across the humanities loved to join him in teaching in the sequence, which he taught every year from its inception until his retirement in 2006.”

Crown added, “His pioneering work and experimental ethos continue to inspire the Program in Humanistic Studies, which now also offers a certificate with interdisciplinary sequences in East Asian humanities and Near Eastern humanities, as well as capstone seminars that emphasize team teaching, engaged humanities, and experiential teaching in a global, comparative context.”

Rabb founded and directed Princeton’s Community College Internship Program, which offered Princeton graduate students the opportunity to train as teachers in New Jersey’s community colleges. He also directed the Mid-Career Fellowship Program for New Jersey community college faculty and administrators, which enabled them to continue their education at mid-career by enrolling in graduate courses at Princeton.

For the broader public, Rabb conceived and co-wrote the script for the PBS five-part television series “Renaissance,” which aired in 1993 and was nominated for an Emmy and won a CINE Golden Eagle award and the National Educational Film and Video Festival’s Gold Apple award. He also served as principal historian for the show’s companion 17-hour telecourse, “The Renaissance: Origins of the Modern West.”

Teofilo Ruiz, Distinguished Professor of History and Robert and Dorothy Wellman Chair in Medieval History at the University of California-Los Angeles, remembers Rabb as “an exemplary teacher.”

“I had the great privilege of attending one of his graduate seminars in the early 1970s and reading his work,” Ruiz said. “His erudition, concern for the students and insights made that class on medieval religious culture and the witch craze one of the most memorable experiences during my Princeton graduate education. I eventually taught a version of his class as an undergraduate course — something I have done for more than 40 years — but it all began in Ted Rabb’s class. I will always be grateful for what he was, for what he did as a teacher and scholar.”

Howard Louthan, director of the Center for Austrian Studies and professor of history at the University of Minnesota, said Rabb was especially helpful as a dissertation adviser, offering sound guidance that allowed Louthan to “distinguish the forest from the trees” when he became discouraged by the reaction of some Austrian colleagues to outlines of his research.

“I remember writing a letter to Ted expressing some of my confusion and frustration at these reactions,” Louthan said. “His response was masterful. He calmed me down and in a gentle but effective manner explained some of the differences between North American and European scholarly traditions. This was just one example of many I could cite of how throughout the whole dissertation process he was so good at pulling me out and away from the specific details of my project to help me ask those broader and larger questions of significance.”

Louthan said Rabb also was keen to keep in touch with students, and the two enjoyed a long friendship.

“Eventually my own son attended Princeton as an undergraduate, and I well remember how Ted hosted two generations of Louthans for a wonderful lunch at Prospect House,” Louthan said. “I think he was particularly proud and pleased when I accepted the job at the University of Minnesota directing the Center for Austrian Studies. My predecessor, Gary Cohen, had earned his Ph.D. at Princeton, as well. He and Ted were also quite friendly, and I think Ted saw part of his legacy out here in the Upper Midwest.”

During his career, Rabb received Pew, Ford and Guggenheim fellowships. He also won awards from the Folger Shakespeare Library, Social Science Research Council, the American Council of Learned Societies, the National Endowment for the Humanities and the Annenberg/CPB Project.

He was an officer of numerous organizations including the American Historical Association, the Social Science History Association and National History Day. Rabb chaired the Board of Trustees of the National Council for History Education and the New Jersey Council for the Humanities.

In 1970, Rabb co-founded the Journal of Interdisciplinary History. He was a frequent contributor to The Times Literary Supplement, The New York Times and The Art Newspaper, among others.

Rabb was a member of the board of editors of the journals Computers and the Humanities, Computer Studies in the Humanities and Verbal Behavior, and Climatic Change.

He served on the boards of the Hebrew University of Jerusalem and Save Venice, and he chaired the National Council for History Education and the New Jersey Council for the Humanities.

Rabb is survived by his wife of 60 years, Tamar; three children, Susannah, Jonathan and Jeremy (Class of 1992); and five grandchildren, Alexandra (Class of 2013), Juliet, Isabel, Emilia and Benjamin.

View or share comments on a blog intended to honor Rabb’s life and legacy.