Theodore “Ted” Ziolkowski, a renowned authority on German and European literature from Romanticism to the present, died on Dec. 5, 2020, in Kirkland Village, Bethlehem, Pennsylvania. He was 88. 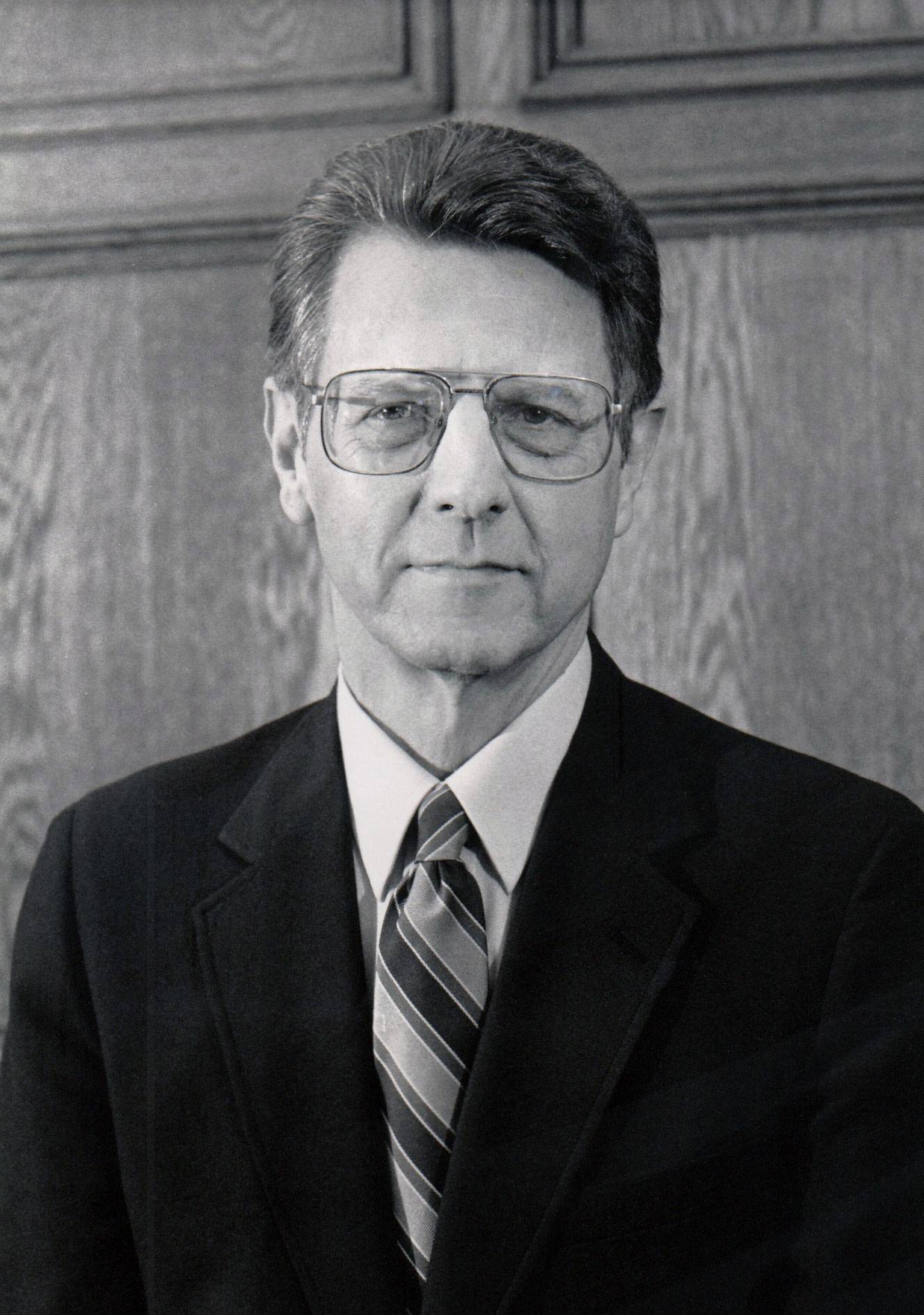 Ziolkowski, the Class of 1900 Professor of Modern Languages, Emeritus, and professor of Germanic languages and literatures and comparative literature, emeritus, joined the Princeton faculty in 1964. He previously taught at Yale University and Columbia University. From 1979 to 1992 he served as Dean of the Graduate School, a 13-year term of service exceeded only by the school's first dean, Andrew Fleming West (1901-1928). In 1978, he received Princeton’s Howard T. Behrman Award for Distinguished Achievement in the Humanities. After nearly four decades at Princeton, he transferred to emeritus status in 2001.

His scholarship focused on the history of literary themes, the reception of classical literature, and the interdisciplinary relationships of literature with religion and law. His teaching, which continued during his deanship of the Graduate School, ranged from an undergraduate lecture course “European Short Fiction from Boccaccio to the Present,” which he taught every spring from 1967 until his retirement, to graduate seminars on such topics as German Romanticism, the German elegy and the modern German novel.

"Members of the Department of Comparative Literature are sad to hear news of Professor Ziolkowski's passing,” said Thomas Hare, the William Sauter LaPorte '28 Professor in Regional Studies, professor of comparative literature and department chair. “He was a distinguished scholar in many areas of German and Classical literature. His scholarly reputation will persist most prominently perhaps for his work on Hermann Hesse, but his curiosity and intellectual industry led him to work on the Judeo-Christian tradition, on Romanticism and even as far as the great narrative of Gilgamesh."

“Ziolkowski played a key role in establishing Princeton’s German department as a leader in the field after its founding in 1956,” said Devin Fore, professor of German and department chair. “A prolific scholar, an outstanding teacher and a pillar of Princeton life in general, he will be greatly missed by friends and colleagues alike.”

“Ted Ziolkowski was over several decades one of the true giants of the Princeton faculty,” said John Fleming, the Louis W. Fairchild '24 Professor of English and Comparative Literature, Emeritus. “In him a deep sense of vocation, animated by intellectual integrity and enabled by a seemingly superhuman energy, directed a long career that left its permanent impress on international Germanic studies and on the shape of American graduate education.”

Fleming continued: “He was famous as a graduate teacher, and his highly successful course on ‘Masterworks of European Literature’ introduced a whole generation of undergraduates to the riches of Continental letters. The current health and prestige of the Graduate School are in part the legacies of his very long service as graduate dean. It was a privilege to be his colleague and an honor to be his friend,” he said.

“Not every scholar of Ted’s caliber is a tireless University citizen as well, but Ted’s service first as department chair and then as dean of the Graduate School stand out among his many commitments to Princeton,” said Michael Jennings, the Class of 1900 Professor of Modern Languages and professor of German. “He will be remembered for a scholarship notable for its breadth — it spanned centuries of German and classical literature — and its early interdisciplinary [focus], with studies of law, music and religion in their relation to literature.”

A prolific author, Ziolkowski wrote 35 books — 20 of them after retirement at the pace of one a year for nearly two decades. Jennings said that among Ziolkowski’s many books, three volumes have been particularly influential: “Dimensions of the Modern Novel” (1969), “Fictional Transfigurations of Jesus” (1972) and “German Romanticism and Its Institutions” (1990). The final one, just out in 2020, is entitled “Roman Poets in Modern Guise: The Reception of Roman Poetry since World War I.”

While dean of the Graduate School, Ziolkowski served on the Presidential Task Force for the Arts and Humanities (1981) and appeared frequently before congressional committees to testify on matters related to higher education. During the 1990s he was a member of the presidential German-American Academic Council (DAAK), which sought to facilitate cooperation between the two countries in science and the humanities.

“Ted was a fierce and constant champion of the Graduate School itself and of graduate education generally, speaking up for it both in councils at the University and to audiences nationally,” said David Redman, who retired in 2012 after 39 years serving as assistant, associate and acting dean of the Graduate School. “He cared deeply for graduate students and spent much of his efforts as dean in creating a better environment for them, financially and socially so that they could do their work with a minimum of distraction, complete their degrees and then join the ranks of teachers, researchers and scholars around the world.”

Redman continued: “Whenever Ted spoke to an audience of graduate students, we on the staff would speculate, with amusement, when he would utter his favorite mantra, a Latin motto carved into the great fireplace in Procter Hall, a motto which speaks not only to his service as Dean of the Graduate School but also to his life: ‘Bonus intra, melior exi’ — you entered good, you left better.”

Ziolkowski was born on September 30, 1932, in Birmingham, Alabama. His mother, née Cecilia Jankowski, a second-generation Polish-American, taught piano. His father, Mieczysław Ziółkowski, immigrated to the United States from Poland. A composer and concert pianist, he was a music professor at the present-day University of Montevallo during the Great Depression. He peppered his English with proverbs in Latin, German, Polish and Russian. The lush linguistic texture of the household inspired both his children, Ted and his younger brother and future classicist John, to immerse themselves in languages.

Ziolkowski graduated from Duke University at age 18 in 1951 and married Yetta Goldstein, a fellow Alabamian whose father had also emigrated from what is today Poland. He earned his master’s at Duke and his Ph.D. from Yale University in 1957, after studying in Austria on a Fulbright Fellowship.

Alan Keele, a 1972 graduate alumnus in Germanic languages and literatures stayed in close touch with his former professor for nearly a half century up until his death.

“I owe to Ted Ziolkowski the entire trajectory of my own research, publishing and teaching efforts: his enormously broadly informed thematic erudition, a complexity he reduced to dazzling clarity, remains today my ideal of how scholarship should be undertaken,” said Keele, an emeritus professor of German studies at Brigham Young University.

During his time at Princeton, Keele said that Ziolkowski and his wife Yetta “became almost literally our Doktoreltern, surrogate parents who made me (as well as my wife Linda and our three small children at the time) feel like much more than just another of many students: they wholeheartedly accepted us into their lives and into the lives of their own children and grandchildren.”

Keele recommended one of his own students at Brigham Young University, Scott Abbott, to Ziolkowski, and Abbott went on to earn his Ph.D. in German languages and literatures at Princeton in 1979, with Ziolkowski as his dissertation adviser.

Now a professor of Integrated Studies, Philosophy and Humanities at Utah Valley University, Abbott said: “Whenever I write a letter of recommendation for a student, I ask myself: What would Ted write? The recommendation he wrote for me as I finished my Ph.D. was lengthy, specific and generous. My work over the decades on Freemasonry in the German novel, on the meanings of barbed wire and on the standing metaphor has drawn heavily on his methodology for tracing themes, motifs and images in literature.”

Maria Tatar, a 1971 graduate alumna in German languages and literatures and the John L. Loeb Research Professor of Germanic Languages and Literatures and of Folklore and Mythology at Harvard University, remembered the “weekly fix” of Ziolkowski’s graduate seminars in Firestone Library. The era was tumultuous, she said — students were protesting the presence on campus of recruiters for Dow Chemical, W.H. Auden came to read his poetry and Muhammad Ali came to give a lecture about the Vietnam War.

“We were living in what felt like a time of turmoil, but every week, as graduate students studying German literature, we would eagerly wind our way down the rabbit hole of Firestone’s stairs into a cozy seminar room, discovering the wonders of Goethe, Nietzsche, Hesse and Kafka with a professor we affectionately called ‘Zilko,’ she said. “We were all sure that he had a witty, erudite reclusive doppelgänger who wrote all those prize-winning books while he played the trumpet, taught classes [and] mentored students. Every day I count my lucky stars that some fair wind brought me to Princeton, where Ted Ziolkowski became my role model and Doktorvater [Ph.D. adviser], then colleague and friend.”

His honors include several Fulbrights, a Guggenheim, the James Russell Lowell Prize and the Henry Allen Moe Prize in the Humanities of the American Philosophical Society. Abroad, his awards include the Commander's Cross of the German Order of Merit, the Jacob-and-Wilhelm-Grimm Prize of the German Academic Exchange Service (DAAD) and the Gold Medal of the Goethe Institut, among others.

Many of his family members have pursued careers in the academy. He is survived by his wife of 70 years, Yetta, a published translator; brother John, Professor Emeritus of Classics in Residence at The George Washington University; daughter Margaret, a 1973 Princeton alumna and professor of Russian and chair of the Department of German, Russian, Asian, and Middle Eastern Languages and Cultures at Miami University of Ohio, and her husband Robert Thurston; son Jan, a 1977 alumnus and the Arthur Kingsley Porter Professor of Medieval Latin at Harvard University, and his wife Elizabeth, a 1978 alumna; son Eric, the Helen H. P. Manson Professor of Bible and head of the Department of Religious Studies at Lafayette College, and his wife Lee Upton; a grandson and six granddaughters — including Saskia, a 2001 alumna and an assistant professor of Italian in Romance Studies at Duke University, and Yetta, a 2009 alumna, along with two great-granddaughters and two great-grandsons.

View or share comments on a blog intended to honor Ziolkowski’s life and legacy.