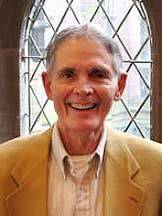 Photo courtesy of the Department of Slavic Languages and Literatures

Charles Townsend, professor of Slavic languages and literatures, emeritus, died of heart failure under hospice care at his home in Princeton on June 7, surrounded by his family. He was 82.

He joined the faculty of Princeton University in 1966 after serving as an assistant professor at Harvard University. As department chair for 32 consecutive years, from 1970 until his retirement in 2002, Townsend was considered by his colleagues to have been the defining architect of the department and a linguist of great breadth and depth. He was fluent in Czech, German and Russian, and proficient in Spanish, French, Polish, Serbo-Croatian and Bulgarian.

"Charlie Townsend had an incredible ability to conceptualize languages," said Michael Wachtel, professor of Slavic languages and literatures and chair of the department. "If they gave out Nobel Prizes in Slavic linguistics, Charlie would have won hands down."

Townsend was recognized widely for his research in Slavic linguistics and in Czech and Russian languages. He was the author of nine books and more than 120 articles and reviews.

Early sabbaticals spent in Prague fostered Townsend's lifelong interest in Czech. His 1990 book, "A Description of Spoken Prague Czech," established him as a leading Bohemist — or scholar of Czech language and literature — in America. He also wrote "Czech Through Russian," published in 1981, with a new edition in 1990. His 1996 book "Common and Comparative Slavic" detailed the relationships among all Slavic languages; it remains a classic in the field and was translated into German in 2002.

Townsend lectured widely in the United States and abroad in Prague, Berlin, London, Moscow and China. For several summers he taught at Indiana University; other summers were spent as chief writer of Czech individualized instruction at Ohio State University and then as a language and linguistics instructor at the National Security Agency.

Townsend was lauded for his dedication and commitment to his students. "As a teacher and mentor, Charles Townsend was, to an often appalling degree, honest, outspoken, principled and stubborn — with a fabulous eye for detail and a gift for prying out the nonsense or pretense in others," said Caryl Emerson, the A. Watson Armour, III, University Professor of Slavic Languages and Literatures.

Emerson remembers Townsend also for his sense of humor. "I still have a record of the negotiations that brought me happily to Princeton in 1987 — preserved on carbon paper or crumbling dot-matrixed sheets — full of Charlie's trademark resolve. 'C'mon, speed it up, do you want this job or not? It's the best in the country.' And once arrived, it was in my interest to submit everything first to him," she said. "He knew every language that I ever dared to write or research in, and he would correct it, and at times ridicule it as well — 'I've read your chapter. It's okay, but what Bakhtin is doing there, beats me.'

"For decades, Charles Townsend was the department," Emerson said. "For long hours every day he lived in that East Pyne basement, turning it into a sort of Slavic catacombs. With his passing, we are all a bit orphaned."

In 1994, Townsend was made an honorary member of the Czech Linguistic Society and was awarded the Distinguished Contribution to the Profession Award by the American Association of Teachers of Slavic Languages and Literatures. He served on the editorial and advisory boards of several publications including the Slavic and East European Journal, the Russian Language Journal, and Studies in Functional and Structural Linguistics.

Born in New Rochelle, New York, on Sept. 29, 1932, Townsend grew up on a farm in Vermont and attended Trinity School in New York City on a football scholarship. He earned his bachelor's degree in German from Yale University in 1954. Awarded a Fulbright scholarship at Bonn University in what was then West Germany, he met his future wife, Janet, a fellow Fulbright winner from Vassar College, on the boat on the way there. Upon his return, he was drafted into the U.S. Army, where he studied Russian in the Army Language School in Monterey, California, finishing first in a class of 112. He then returned to Germany, where he served as a sergeant in the U.S. counterintelligence corps in Nürnberg. He continued his studies at Harvard, earning his master's in Soviet area studies in 1960 and his Ph.D. in Slavic languages and literatures in 1962.

He is survived by his wife of 57 years, Janet; and his daughters Erica Appel, Sylvia Townsend and Louise Townsend; five grandchildren, and several nephews and nieces and their children.