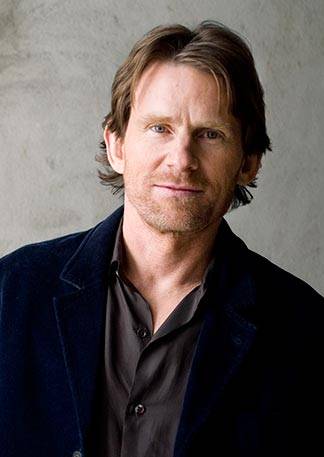 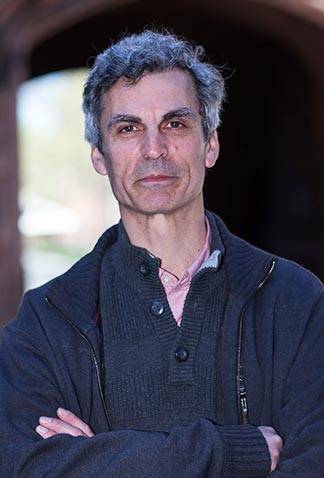 Photo by Noel Valero for the Office of Communications

Mackey, the William Shubael Conant Professor of Music and a Grammy award-winning composer, has been on the Princeton faculty since 1985. He served as chair of the music department from 2008 to 2015 and emphasized the connection between scholarship, composition and performance.

Mackey's work has been performed by major orchestras and ensembles around the world including the Concertgebeow Orchestra in Amsterdam, the Chicago, San Francisco, Sydney, Toronto and Frankfurt Symphonies; the New York, Los Angeles and BBC Philharmonics; the Kronos Quartet, London Sinfonietta, and many others.

The electric guitar has been a source of inspiration throughout Mackey's life — he was a pioneer in incorporating the electric guitar into otherwise traditional chamber ensembles and orchestras and regularly improvises with students.

In 2012, Mackey received a Grammy Award for Best Small Ensemble Performance for the 2011 recording "Lonely Motel: Music from 'Slide,'" a cycle of 11 of his compositions recorded in collaboration with singer Rinde Eckert and eighth blackbird, a new-music sextet. He also had previous nominations for Grammy awards. Mackey has received fellowships from the National Endowment for the Arts and the Guggenheim Foundation, among other honors.

Mackey has been composer-in-residence at the Curtis Institute of Music in Philadelphia and at the Tanglewood Music Center in Lenox, Massachusetts. Since 2014, he has served as director of the New Jersey Symphony Orchestra Composers' Institute. He has been a visiting faculty member at Ithaca College and at the University of California-Berkeley. He serves on the advisory boards of several ensembles and recently was chair of the New York Youth Symphony's Frist Music commissioning program for young composers.

In nominating Mackey for the Behrman Award, a colleague wrote that Mackey's compositions are concerned with "human elements and human processes" and that "this is music that speaks to listeners with different backgrounds and generic expectations; his admirers are both from within and outside the academy."

In addition, Mackey is known for the "open atmosphere" he encourages with students and other musicians. "The collaborative spirit that is praised so often by the musicians with whom he works has also influenced our students, providing them with a model for a creative life that is both generous and open," wrote a colleague. In 1991, Mackey received a President's Award for Distinguished Teaching from Princeton.

Wachtel, professor of Slavic languages and literatures and department chair since 2011, has been on the Princeton faculty since 1990. He is also affiliated with the Department of Comparative Literature.

Wachtel is an authority on Russian poetry from the 18th century to the present. His books include "A Commentary to Pushkin's Lyric Poetry, 1826-1836"; "The Cambridge Introduction to Russian Poetry"; The Development of Russian Verse: Meter and Its Meanings"; and "Russian Symbolism and Literary Tradition: Goethe, Novalis and the Poetics of Vyacheslav Ivanov." His scholarship has garnered awards from the American Association of Teachers of Slavic and East European Languages.

Wachtel has received grants and fellowships from the National Institute for the Humanities and the Guggenheim Foundation. He has pursued research in Russia, Germany and Italy, and in 2012 was an Ellen Maria Gorrissen Fellow at the American Academy in Berlin for the fall semester. From 1987-88, he was a Fulbright fellow in Konstanz, Germany.

Beyond the expertise in his field, Wachtel is esteemed for his deep engagement in the humanities at Princeton. Commented a colleague: ". . . he is a constant presence among the humanists on campus, communicating an appreciation and love for his subject to undergraduates, graduate students and his colleagues. In short, both as a scholar and a citizen of Princeton University, he embodies the highest ideals of the humanists."

One of the ways Wachtel directs this attention is by teaching in the double-credit Humanities Sequence for undergraduates. Noted one colleague: ". . . intensive, interdisciplinary, team-taught courses like the 'HUM Sequence' function best with contributions such as Michael's. After all, the course asks professors and students alike to build on their established areas of expertise, but also to venture beyond those fiefdoms."