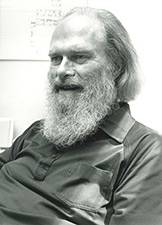 James Randall, professor of music emeritus at Princeton University, died of heart failure on May 28 at his home in Princeton, New Jersey. He was 84.

Composer, music theorist and author, Randall called himself "one of the granddaddies of electronic music." During the 1960s, he was among the first to experiment with computer music.

Randall joined the Princeton faculty in 1958 and retired in 1991. With Paul Lansky, the William Shubael Conant Professor of Music; Godfrey Winham; and others, Randall was instrumental in developing what was known as the Princeton Music IV Facility, a comprehensive music production system involving the IBM 360/91 computer. Collaborating with Max Matthews of Bell Labs in Murray Hill, New Jersey, their work led to the development of a highly flexible music-performing program, enabling musicians to design their own "instruments" and assemble whatever "orchestra" they needed for a given work.

Lansky commended Randall's "brilliance and intensity" as a composer and called his 20-minute piece "Lyric Variations for Violin and Computer," composed in 1968 and recorded in 1969 on Vanguard, "one of the early masterpieces of the genre."

Randall's works for voice, instrumental ensemble and computer — including a computer score for the film "Eakins" — have been performed live and on radio throughout the United States and around the world.

Born on June 16, 1929, in Cleveland, Randall earned his bachelor's degree from Columbia University in 1955, a master's degree from Harvard University in 1956 and an MFA from Princeton in 1958. From 1951-54, during active military service during the Korean War, he taught music theory at the U.S. Navy School of Music in Washington, D.C.

Lansky said Randall brought his "extraordinary powers of concentration" to every aspect of his work, from composing to writing and teaching. He also enjoyed watching Randall perform. "One of my favorite memories of Jim was watching him play Beethoven's piano sonata No. 31, op. 110. He made the room glow," Lansky said.

Steven Mackey, chair of the Department of Music, said Randall "had one of the sharpest minds and most probing ears of the late 20th century" and noted that while Randall is known for his pioneering work in electronic music, he embraced every musical genre with his own signature approach.

"His Beethoven was subversive and radical. His own music was similarly radical, uncompromising and unsettling: simple on the surface — often just one note at a time — but each and every note the vortex of many trajectories with an effect of great depth and rigor," Mackey said. "Yet, he could be unabashedly moved by Charlie Rich singing the country classic, 'Behind Closed Doors.'"

Randall published widely, including numerous contributions to the journal Perspectives of New Music, Journal of Music Theory, Music Review and the MENC Journal of the National Association for Music Education.

"Jim had a special way with words as is evidenced not only by his many essays which are often better understood as poetry, but also by any casual conversation on any day in any hallway," Mackey said.

Scott Burnham, the Scheide Professor of Music History, called Randall "an unforgettable presence in our department. He never did anything by the book; he was always and only himself." Randall's wide-ranging commentary — on everything from music to literature to a baseball game — "had a kind of edgy poetry, sometimes hilarious, sometimes white hot, sometimes pure wise guy, always sui generis," Burnham said.

While at Princeton, Randall taught a wide range of courses in composition and theory, analysis, ensemble performance and improvisation to undergraduate and graduate students.

"He rearranged the assumptions of generations of students, many of whom have been writing to me to try to express how much they owe to Jim, how he was the one who made them see and hear the world in genuinely new ways," Burnham said.

Benjamin Boretz, professor of music, emeritus, of Bard College, earned his Ph.D. in composition at Princeton in 1970 and learned computer sound synthesis from Randall. "Jim was as close and powerful an interlocutor and music-intellectual collaborator as I have ever known," Boretz said. While Boretz was at Bard, he and Randall collaborated extensively on music recording and music publishing projects including founding the American Society of University Composers.

"We shared intense discussions of fundamental issues of musical thought, practice and learning," Boretz said. "His profoundly inventive way of writing as a music thinker and the fierce integrity of the ways his music articulated its ideas were powerful models which kept me focused on my own paths."

Randall is survived by his wife, Ruth; children Ellen, Thomas and Beth; and seven grandchildren.

A memorial service will be held at 2 p.m. Saturday, June 14, in Palmer House, One Bayard Lane.

Contributions may be made to the Prof. James K. Randall *58 Memorial Fund, Princeton University, Alumni and Donor Records, Attn: Helen Hardy, P.O. Box 5357, Princeton, NJ 08540. Gifts should be made payable to "Trustees of Princeton University," with Professor Randall's name and memorial fund noted in the memo line. Gifts can also be made online; Professor Randall's name and memorial fund should be noted in the comments box.