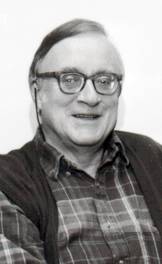 Harold Powers, a Princeton professor whose scholarly interests encompassed musicology, ethnomusicology and music theory, died Thursday, March 15, in Santa Monica, Calif., after an extended battle with liver cancer. He was 78.

Powers, the Scheide Professor of Music History Emeritus, earned his Ph.D. from Princeton in 1959 and served on the faculty from 1973 to 2001.

"A formidable polymath, Harry was also a force majeure in the classroom and seminar room," said Scott Burnham, chair of the music department. "Many of us were inspired by his example and galvanized by his presence, and we will miss him immeasurably."

Born in New York City on Aug. 5, 1928, Powers earned his B.Mus. in piano from Syracuse University in 1950. At Princeton, he earned an MFA in composition and musicology in 1952. He then studied for two years in Madras, India, as a Fulbright Fellow before continuing for a Ph.D. in musicology. His dissertation was on "The Background of the South Indian Raga System." His mentors were noted Princeton scholars Milton Babbitt, Edward Cone, Oliver Strunk and Arthur Mendel.

Powers taught at Harvard University from 1958 to 1960 and at the University of Pennsylvania from 1961 to 1973 before returning to Princeton. Powers went back to India several times to study music there on a John D. Rockefeller III Fellowship, on a Fulbright Senior Fellowship and on a number of shorter trips.

Powers also was well known for his undergraduate courses, graduate seminars and scholarship on Italian opera. His work culminated in the book "Puccini's Turandot: The End of the Great Tradition," co-written with William Ashbrook and published by Princeton University Press in 1991. His other interests included comparative musicology and the relationship of music to language as well as a career-long exploration of a phenomenon called "mode" in music theory.

Powers was named to the Scheide professorship in 1995, after Kenneth Levy, who had held the title, transferred to emeritus status. Levy said of Powers: "Thinking of him, the label 'best and brightest' comes readily to mind. [He was] a scholar of stupendous versatility and intellectual distinction."

Another longtime colleague, Peter Westergaard, the William Shubael Conant Professor of Music Emeritus, added, "Harry had a passionate interest in how music -- all kinds of music -- worked. He wasn't quick to trust what other people said about music -- or to trust that he understood what they meant -- until he could check it out against his own hands-on experience singing and playing that music. All that is what made him so much fun to talk to about so many different things."

Peter Jeffery, the current Scheide Professor of Music History, remembered Powers' inspiration as a mentor. Powers was Jeffery's dissertation adviser when he earned his Ph.D. from Princeton in 1980.

"He worked very hard, read very thoughtfully, and had a knack for proposing just the right word for what I meant," Jeffery said. "The comments he wrote in the margins of my dissertation drafts were marvels of concise humor, which in those pre e-mail days almost amounted to an epistolary correspondence. Once I wrote a note objecting to his suggestion that I divide up the text with more subtitles, arguing that a sufficiently well-written text should not need them. Harry's deflating but kindly-meant reply: 'A limpid, utterly pellucid account of this mass of material is clearly beyond your powers at this time, and possibly beyond anyone's powers at any time.' And this from a man whose last name was Powers!"

After transferring to emeritus status in 2001, Powers resided in New York City.

Survivors include his companion, Barbara Rosen of New York City; his former wife, Elizabeth Connor Powers of Princeton; his daughter, Cornelia Powers of San Francisco and her two children, Charlotte Markle and Aldyn Markle; his son, Stuart Powers of New York City and his son, Alexander Powers; his sister, Judith Davies Brown of Palo Alto, Calif.; his half sister, Frances Powers of Killington, Vt.; his half brother, Gerald French of Johannesburg, South Africa; and his half brother, Perrine French of Palo Alto, Calif.

A campus memorial service may be planned for later this year.

Memorial contributions may be made to a travel fund established in his honor last year by the American Musicological Society.