Alban Forcione, an internationally renowned scholar of 17th-century literature of “Golden Age” Spain and the Walter S. Carpenter Jr., Professor of Language, Literature and Civilization of Spain, Emeritus, died Sept. 14 at Brandywine Living at Princeton in South Brunswick Township, New Jersey, after a long illness. He was 82. 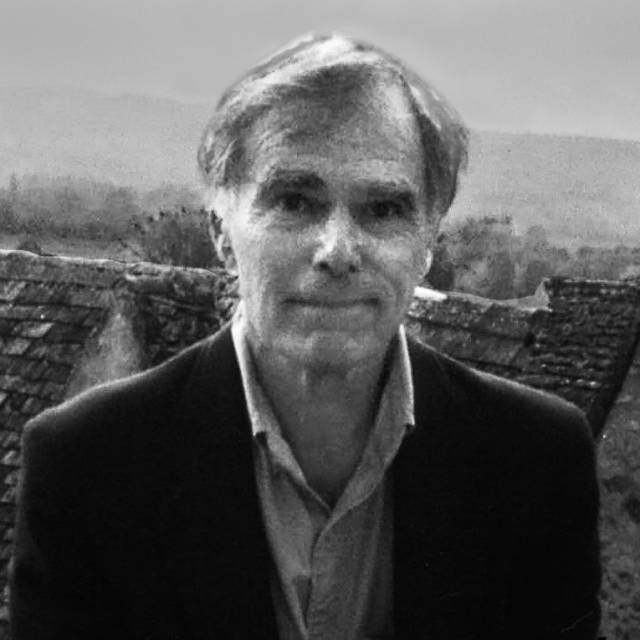 Photo courtesy of the Forcione family

Forcione, a 1960 alumnus and 1968 graduate alumnus of Princeton, joined the University’s former Department of Romance Languages directly after earning his doctorate, holding the Jonathan Edwards Bicentennial Preceptorship from 1968-71. He was the Emory L. Ford Professorship of Spanish from 1980-83 and the Walter S. Carpenter Jr. Professor from 1985 until he transferred to emeritus status in 2001.

“Professor Forcione was a great Cervantes scholar, with several books published on the author of ‘Don Quixote’ and ‘Persiles,’” said Pedro Meira Monteiro, the Arthur W. Marks '19 Professor of Spanish and Portuguese and department chair. “With the exception of a short period teaching at Stanford, his career was devoted to the study of Spanish early modern literature at Princeton. It’s with great sadness that we received the news about his death. He was part of the history of what now is the Department of Spanish and Portuguese.”

Monteiro said that Marina Brownlee and Christina Lee — both graduate alumni who studied with Forcione — have carried on his tradition and legacy in the department.

Brownlee, the Robert Schirmer Professor of Spanish and Portuguese and Comparative Literature, earned her Ph.D. in 1978 and joined Princeton’s faculty the year Forcione retired.

“I have sought to emulate his inspirational model ever since,” she said. “As a graduate student, I was struck by the fact that he would work until the last minute before each class, rereading and thinking about the texts and his extraordinary ways of presenting them.”

Lee, an associate professor of Spanish and Portuguese who earned her Ph.D. in 1999 and joined Princeton’s faculty in 2007, said that when she began graduate school, right out of college, she arrived with very little preparation in the Spanish classics.

“As an insecure 23-year-old, I felt that I would never be able to acquire the type of erudition and knowledge I saw in the top scholars like Alban,” she said. “I will never forget how he convinced me that I too could be an early modernist. He looked at me and said, ‘If you truly love the literature [of the period], you can do it.” That was it, and here I am.”

Former colleagues remembered Forcione’s dedication to his scholarship and his students, his love of the arts — and baseball — and the earnest sincerity with which he treated everyone as equals.

“Cervantes was his true soul mate throughout his long career; they both delighted in the ridiculous underside of life, the sturdy ballast for their humane idealism,” said Suzanne Nash, professor of French and Italian, emeritus. “Alban’s refined aesthetic sensibility, especially his profound love of music, can be felt in the elegant cadences of his writing on the paradoxical interconnection of majesty and humanity in Golden Age culture, his great subject.”

She continued: “Alban was a warm, supportive colleague, a deeply cultivated perfectionist, unconcerned by status or appearances (he owned only one tie, the same one for every formal lecture or dinner). He was infinitely generous to his students, helping them develop their own ideas, guiding them past faddish academic trends.”

“I remember Alban Forcione as a true gentleman scholar, always in relaxed and elegant attire,” said David Bellos, the Meredith Howland Pyne Professor of French Literature, and professor of French and Italian and comparative literature. “Devoted to the Spanish Golden Age, he was a passionate defender of academic standards, and he did not just stand by when he felt things were going in the wrong direction. When I was a newcomer to Princeton, I was lucky to have Alban to guide me through its labyrinths in rambling conversations in our oak-paneled offices before East Pyne had its last makeover.”

“Alban Forcione was the greatest scholar-critic of the literature of Spain’s Golden Age that North America produced in the last half century,” said David Quint, the Sterling Professor of Comparative Literature at Yale University, who served on Princeton’s faculty right out of graduate school in 1976 until 1991. “He was an unequalled interpreter of ‘Don Quixote’ and of Cervantes’s works. Worthy of his idol, Erasmus, he was humane and self-ironic. He was exceptionally generous to younger scholars — I was one of them — whom he treated as equals in the pursuit of knowledge.”

Quint continued: “Alban had no pretensions about him. I remember going with him and our colleague Suzanne Nash to a Phillies game in the 1980s. A group of rowdy young fans, in the middle stage of intoxication, did not seem impressed to be sitting in front of three recipients of the Guggenheim Fellowship. And that was fine with Alban. I also remember, several years later, listening to him teach the Columbia University core course faculty how to teach ‘Don Quixote.’ Alban simply opened the Prologue to Part One and, sentence by sentence, showed how Cervantes’ book broke new ground and ushered in the art of the novel: It was a revelation.”

Forcione was born on Nov. 17, 1938, in Washington, D.C. His passion for Cervantes — which would become his life’s work — was forged as an undergraduate at Princeton, where he concentrated in European Civilization and wrote his senior thesis on “Don Quixote.” He received a master’s from Harvard in comparative literature, studied on a Fulbright scholarship in Spain and Germany, and returned to Princeton for his doctorate in Spanish and French literatures, writing his Ph.D. thesis on Cervantes and the Humanist tradition. He also studied at the University of Gottingen in Germany and under a Fulbright grant at the University of Madrid in Spain.

Many of the graduate students he mentored — whose dissertation topics ranged across European Baroque literature, Renaissance literary theory and fiction, and Spanish theater — maintain a community because of his teaching.

“Alban continues to inspire me — and generations of cervantistas and comparatists — each and every day,” said Marsha Collins, a 1983 graduate alumna and professor of comparative literature at the University of North Carolina. “Much of who I am as a scholar, teacher and professional, I owe to him. To my mind he will always be the brilliant scholar I was privileged to have as a teacher and mentor, but also the model of the ideal professional: endlessly kind, gentle, generous and compassionate.”

Collins continued: “He asked me not so long ago if I loved my work. I told him yes. He said, ‘Isn’t that wonderful and amazing?’ He never lost that sense of wonder and never lost interest in his former students and what they were doing. What an amazing gift and legacy for us all.”

His graduate students also remember the way he shared his love of life with generosity and enthusiasm.

“Alban was a wonderful conversationalist,” said Michael Scham, a 1997 graduate alumnus and an associate professor of Spanish at Norwegian University of Science and Technology in Trondheim, Norway. “We might begin discussing Cervantes, and range into music, sports, painting, movies, nature. His lively, associative mind was an enduring source of pleasure and inspiration. I will always remember Alban at his piano, a large orange dog at his feet, a small white one on his lap, playing Schubert Impromptus.

Forcione also inspired generations of undergraduate students. Leslie Seid Margolis, a 1982 alumna, took his Cervantes course her sophomore year — and still has her notes. When she approached him about being her senior thesis adviser, he agreed but there was a hitch: He was going to be on sabbatical teaching at Stanford University during spring semester of her senior year. They worked together to enable her to hand in her thesis — about Don Juan as an archetypal figure through different periods of literature and music — a semester early.

“Professor Forcione was a wonderful adviser — supportive, encouraging and inspiring,” said Margolis, a managing attorney at Disability Rights Maryland. “He made my thesis experience exactly what it was supposed to be — a rewarding intellectual endeavor and the culmination of my liberal arts education at Princeton. He had a formidable intellect combined with generosity and warmth towards those of us fortunate enough to study with him.”

Forcione wrote four major studies on the “Don Quixote” author, all published by Princeton University Press: “Cervantes and the Mystery of Lawlessness: A Study of ‘El Casamiento Enganoso’ y ‘El Coloquio de los Perros’” (1984), “Cervantes and the Humanist Vision: A Study of Four Exemplary Novels” (1983), “Cervantes’ Christian Romance: A Study of ‘Persiles y Sigismunda’” (1972) and “Cervantes, Aristotle and the ‘Persiles’” (1970). He was also the author of “Majesty and Humanity: Kings and Their Doubles in the Political Drama of Golden Age Literature” (Yale University Press, 2009). He published articles on a variety of Renaissance and Baroque subjects and co-edited a collection of selected essays by 20th century literary critic Leo Spitzer. He was also a consultant to several university presses.

The recipient of a 1986 Guggenheim Fellowship, Forcione also served on a Council of International Exchange of Scholars screening committee for Fulbright Fellowships and on a committee assembled to award special fellowships to Spanish scholars.

In retirement Alban moved to the Windrows community in Princeton, New Jersey, where he enjoyed classical music and movies, playing the piano, and attending the opera and Princeton football games. (As an undergraduate he had played on the University’s sprint football team.)

He was predeceased by his wife, Renate, and one of his two sons, Mark. He is survived by his son Michael; his brother Eugene, a 1959 alumnus; a niece, Erika Lubben Bucci; two nephews, Stephen Forcione, a 1987 alumnus, and Lawrence Forcione; and his companion, Joyce Gardiner.

View or share comments on a blog intended to honor Forcione’s life and legacy.